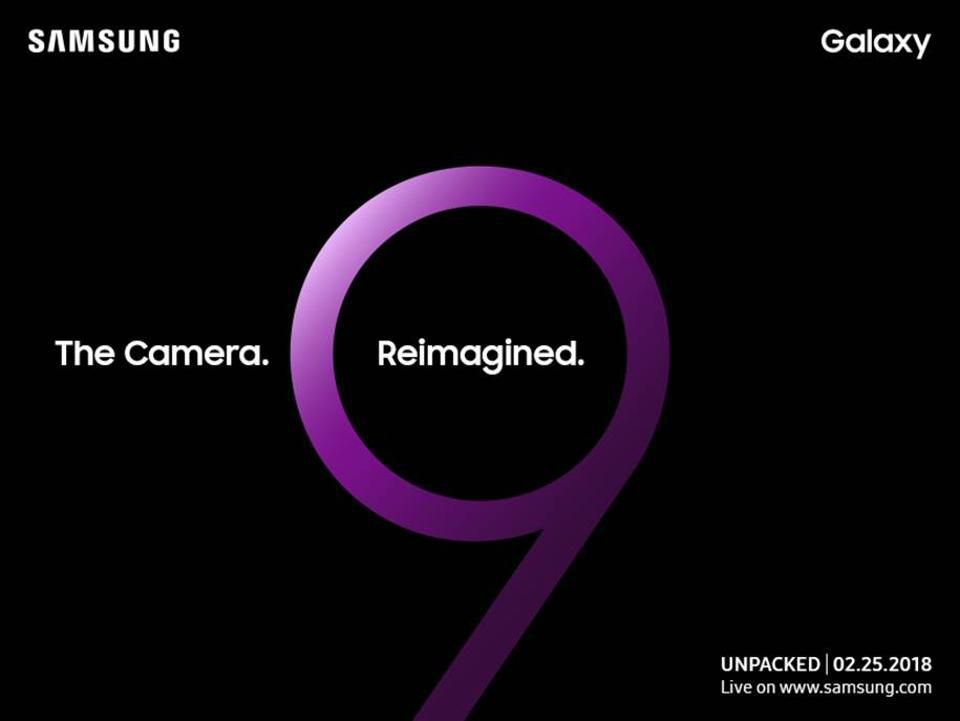 For those awaiting the launch of the Galaxy S9 with bated breath can finally heave a sigh of relief. Samsung has begun sending out press invites for the event and as has been stated earlier, the phone is arriving on Feb. 25.

Worth mentioning, an earlier leak courtesy of Evan Blass had pegged the launch date at Feb. 25 with pre-order starting March 1. The leak had also mentioned shipping to start March 16. Blass claimed the dates have been revealed to him by a ‘C’ level executive engaged in a case making company.

Coming back to the press invites Samsung is sending out to the press, the card is dominated almost entirely by the letter ‘9’ which no doubt refers to it being about the unveiling of the S9 of course. But then, there also is the phrase ‘The Camera Reimagined’ which again definitely points to the biggest USP of the S9 being its camera.

That also is perfectly in line with previous rumors on this where the rear of the S9 was touted to be heavily redesigned compared to its predecessors. Among the biggest changes to be seen here is the incorporation of a dual lens camera on the S9+ while the S9 is still seen featuring a single lens camera.

Further, the dual lenses are stacked in a vertical arrangement placed at the center. The fingerprint sensor is placed just below the camera, which should help redress one of the biggest issues users had with the S8. The LED flash cluster is placed just by the side, along the right of the camera.

On the whole, the rear looks better organised though it remains to be seen if users continue to have grouse with the placement of the fingerprint sensor. After all, people might still end up mistaking the lens for the sensor and it might take some getting used to figure out one from the other.

Meanwhile, the other biggest development with the camera is the use of the new Isocell chip which, Samsung would like us to believe, will make a landmark improvement in camera performance. Among the advantages the new Isocell chip brings along is faster focus, better ability to shoot in low-light conditions along with an ‘integrated depth sensor for face recognition’, Forbes mentioned. Plus, the new chip allows for thinner bezel design as well.

Among the other key specs associated with the S9 include a Snapdragon 845 chip, 4 gigs od memory, 64 gigs of storage, improved iris scanner and such.