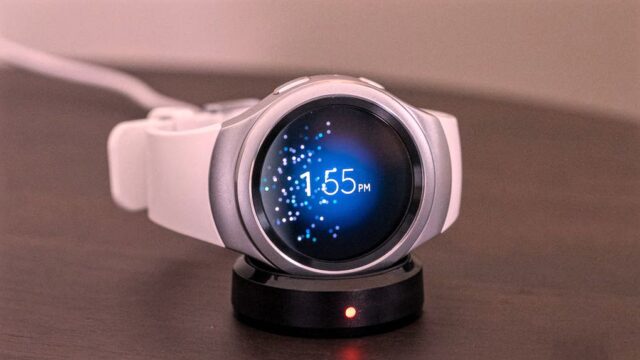 Samsung has showcased its new smartwatch “Samsung Gear S2”. By one look at the new smartwatch, one can easily say it has best hardware design comparing with any other smartwatch available in a market.

Samsung Gear S2 will be available in a market from October 2015, and considered as the strong competitor to rival smartwatches like Apple Watch, Moto 360 and LG watch Urbane.

A classic variant of a smartwatch is made to be focused on those who prefer a more enduring watch design, as it will be having more classy and elegant black finish with the candid leather band.

Samsung Gear S2 is powered by a 1.0GHz Dual Core processor along with 4GB of internal storage. Both smartwatches are rated at IP68 dust and water resistance, which signifies both watches can last up to 30 minutes at a depth of 1.5 meters.

Best feature included in the smartwatch, which separates them from high-profile smart watches available in a market is “wheel of fortune” or a rotating bezel that is used to navigate through menus and apps. It surround entire screen and is very comfortable to spin, which makes scrolling through menus a satisfying experience.

Samsung Gear S2 comes with a 300mAh battery, which will be having a battery life of two to three days. The long lasting battery makes it better and can be its selling point.

Also, it would be compatible with MP3, AAC, and OGG audio formats. Additionally, Samsung Gear S2 is integrated with NFC, which makes it capable of doing mobile payments. Samsung will additionally include features like room keys and smart keys in some selected markets only.

Samsung Gear S2 will be available for sale in October, with a 3G version of the watch to follow at an unannounced time. No price has been announced by Samsung as of now.