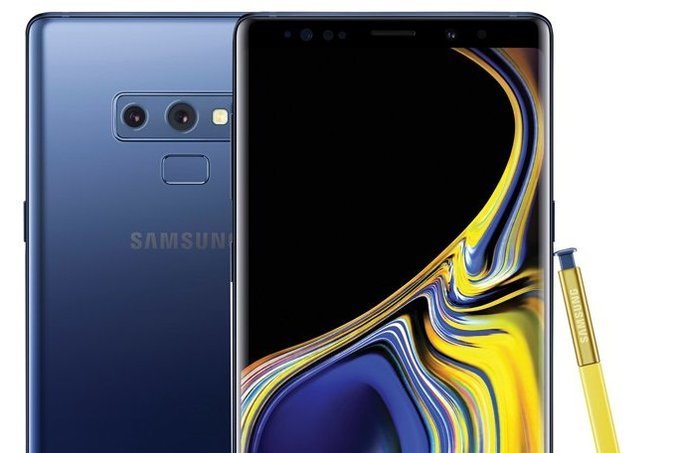 Samsung is yet to officially launch the new Galaxy Note 9 though the phone already seems to be up for pre-order in the US. At least, things look that way with the visuals matching what we have seen or heard of the phone so far.

That said, there is no explicit mention of it being the Note 9 device that eager buyers can reserve at the moment. Choice of carriers include Verizon, AT&T, Sprint, T-Mobile, and US Cellular while there is also the unlocked version of the phone that too is on offer. Of course that would mean the phone can be picked up from brick-n-mortar stores as well along with the usual online channels.

Samsung right now is seeking buyer’s name, e-mail and zip code to reserve one unit of the Note 9 for them. The price the phone will sell for is anybody’s guess at the moment though a few lucrative offers are already evident. That includes a massive $450 off on the Note 9 when you trade in the iPhone X or the Galaxy S9+. Trade-in will however be applicable to smartphone from only Apple, Google, LG and of course Samsung. Also, trading in older evices will naturally fetch a lower discount, with say the Galaxy S5 making for a discount of only $150.

In any case, Samsung is tipped to launch the Galaxy Note 9 on August 9 itself. That too can be considered to be a bit ahead of time given that the Note 8 was launched on August 23 followed by a market debut on Sept. 15. That makes the Note 9 to arrive just a few weeks earlier than its predecessor, experts believe that has been done to make for the rather lacklustre sales that the Galaxy S9 series is facing at the moment.

Meanwhile, as a refresher of sorts, the Note 9 will be coming with a 6.4-inch QHD+ AMOLED Infinity Display which makes the new Note device the only flagship phone to not feature a notch. The phone otherwise will be powered by a Snapdragon 845 chipset working in tandem with a 6 GB RAM. Also, from what seems so far, there isn’t going to be an in-screen fingerprint scanner with a conventional sensor seen on the rear from renders leaked so far. Also seen is a dual rear camera that is believed to borrow the variable aperture technology that first debuted on the S9 range.