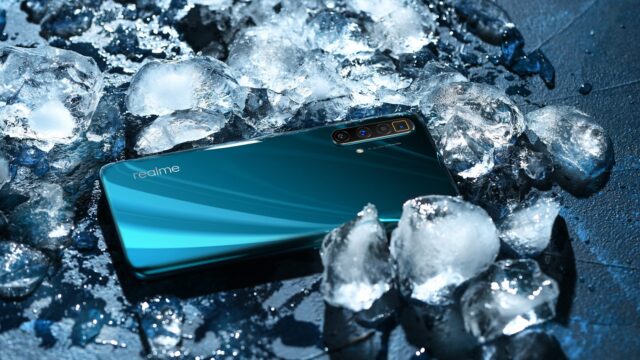 Realme has announced a new 4G flagship phone series in India, the X3 and X3 Super Zoom. Then there also is the Realme Buds Q and an Adventurer Backpack, all of which forms the company’s new “1+4+N” product strategy in the country. Realme is referring to the combination as “Smartphone + AIoT” which includes offering the latest AIoT devices aimed at enhancing the lifestyle of buyers in India.

Both the new X3 phones come with a 6.6-inch 120 Hz FHD+ LCD Display. A 4200 mAh power source backed by 30 W Dart charge is also common to both phones, as is the Android 10 based Realme UI that both the phones run on. Color option for both phones includes Glacier Blue and Arctic White.

Further, both phones come with a quad lens rear camera setup but differ in the choice of sensors. For the X3 Super Zoom, you have a combination of 64 mp primary Samsung GW1 sensor, 12 mp telephoto lens, an 8 mp ultra wide-angle lens and a 2 mp macro shooter. Realme said the X3 Super Zoom is capable of 60x hybrid zoom while retaining clarity to a significant level.

For selfies, the phone comes with a twin lens camera at the front comprising of a 32 mp Sony IMX 616 sensor along with an 8 mp ultra wide-angle lens.

Another cool feature of the new X3 series is The Starry Mode that both phones come with. This aims to snap the perfect shot of a star-lit night sky, which is made possible by the use of advanced AI algorithms, ultra-long exposure shots, and multi-frame synthesis. Then there is the Super Nightscape 4.0 as well, which comes with an improved Nightscape Pro mode; all focused at snapping the best possible shot of the night sky.

The first sale of both the phones will take place on Flipkart and Realme.com on June 30th, 12:00 OM onwards.

Realme is calling it the best entry-level Truly Wireless earbuds that have been designed by the famous French artist, José Lévy. Apart from the trendy looks, the new Buds Q comes with some really cool features such as 10 mm dynamic bass boost driver, a 119 ms super-low latency gaming mode, IPX4 water resistance along with a 20-hour battery runtime, among others.

Realme said the new Buds Q is going to be available in smart colour options of Quite Black, Quite White and Quite Yellow, and will start at Rs. 1,999. The Buds Q can be ordered from Realme.com and Amazon India site beginning July 1, 12:00 PM onwards.

In a first, Realme has ventured into offering a backpack in India but is claiming it to be among the most stylish and advanced to be available in the country. The company said the backpack has been made using 650D high-density British Oxford cotton which makes it very light while still being extremely durable. The backpack also boasts of a ‘classic woven strap with a flip buckle design, thick pearl cotton straps, and a safety buckle’. It is water resistant too and offers a storage capacity of 32 litres.

The backpack can be ordered from Flipkart and Amazon starting July 1, from 12:00 PM onwards and is priced Rs. 1499.