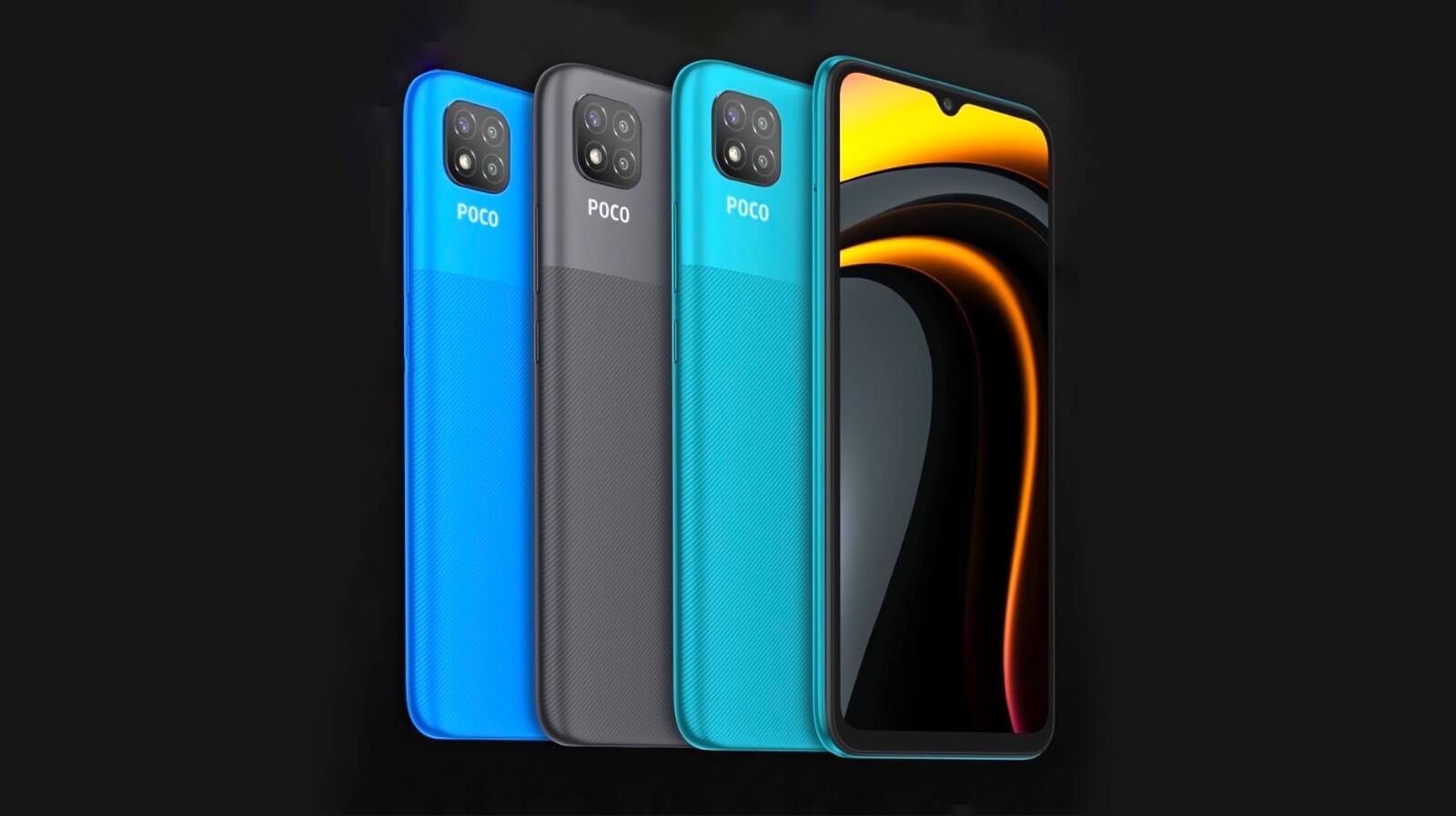 The Poco C3 is now official in India, much along expected lines. Also, the biggest USP of the phone is its camera capabilities, something that reflects in the phone’s nomenclature itself. For, the ‘C’ stands for the camera while ‘3’ denotes the three lenses that it comes with.

The three rear cameras are housed in a square housing on the top left corner on the back. That along with almost everything else might make you mistake the new Poco C3 for the Redmi 9C though there sure are a few subtle differences. For instance, the fingerprint sensor is now along the sides while the rear comes with a two-tone design that the company claims will provide for a better grip. Besides, it will prevent the rear from being a fingerprint magnet as well.

The front is however familiar with a notched display measuring 6.53-inches. The display is of HD+ resolution and has a 20:9 aspect ratio. Powering the phone is a MediaTek Helio G35 processor that comes coupled with either 3 GB or 4 GB of LPDDR4X RAM along with 32 GB or 64 GB of storage, respectively.

The rear camera layout comprises of a 13 MP primary sensor which is accompanied by a 2 MP camera for portrait shots and another 2 MP camera for macro photography. The camera boasts of advanced features such as AI scene detection. For selfies, there is the 5 MP front shooter accommodated within the water-drop notch.

Keeping the lights on is a 5000 mAh battery with Better Battery 2.0 feature which Poco said will lead to better battery performance over a longer duration. Another cool feature of the phone is the P2i nanocoating that makes it splash-proof while the ports too have been made corrosion-proof for longevity.

Among the other strong points of the Poco C3 include its TUV Rheinland reading mode certification. The charger too boasts of 380V surge protection that will save the phone from sudden bursts in voltage. For software, the phone comes with MIUI 12 out of the box which the company said will provide for a Poco Clean experience.

Coming to perhaps the best part, the 3 GB + 32 GB model is priced Rs. 7,499 while the 4 GB + 64 GB model comes for Rs. 8, 999. That makes the new C3 the cheapest Poco ever. The phone is available in attractive shades of Arctic blue, Lime green, and Matte black, with Sale starting from October 16 via Flipkart. Check for launch offers, which include an instant 10 percent discount for SBI cardholders.