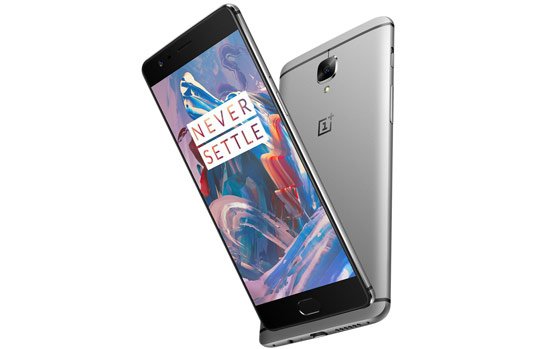 OnePlus has officially announced that a new update for OnePlus 3 is being pushed out. The brand new update changes the OS version to OxygenOS 3.2.2 and brings a host of improvements and optimizations.

The brand new update has solved the glitch of the alert slider in the silent mode option. Users will get optimized notification management in the doze mode. The fingerprint sensor of the OnePlus was always enabled, even when the phone was in your pocket, which caused users problems.

The latest update solves this issue, and now, the fingerprint sensor automatically turns off in the pocket. The update promises better noise cancellation while recording a video. A new NFC option is added in the quick setting toggle. The OnePlus 3 can now record improved 4K videos using an updated codec. In addition to all these, the OxygenOS 3.2.2 comes with new security patches and numerous other optimizations.

The latest update will be pushed incrementally. The company has promised to update all of the OnePlus 3 as soon as possible.

The smartphone was launched last month promising huge improvements over its previous generation. The latest smartphone sports a 5.5 inch Optic AMOLED display. The screen is of Full HD 1080P resolution with 401 pixels per inch pixel density. The display takes up about 73 percent of the total front surface area of the smartphone. The multi-touch screen is protected by Gorilla Glass 4.

Qualcomm Snapdragon 820 (MSM8996) powers the handset. The processor has four Kyro cores in two clusters. The high-performance cluster has two cores clocked at 2.15 GHz each. The remaining two power saving cores run at 1.6 GHz each. The Adreno 530 GPU handles the graphics. The OnePlus 3 has 6 GB of LPDDR4 RAM combined with 64 gigs of inbuilt storage capacity. The phone runs the OxygenOS on top of Android 6.0.1 Marshmallow.

The dual SIM mobile comes with dual standby and 4G LTE support. The connectivity options include dual-band Wi-Fi with WiFi Direct, Bluetooth version 4.2 with LE, GPS with AGPS, GLONASS, BDS, and NFC. The phone comes with the latest USB Type-C port. A 3000mAH Lithium-ion battery juices up the device.