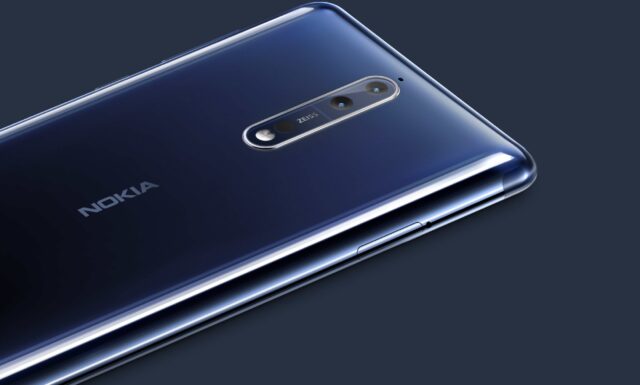 HMD Global has launched the much-awaited Nokia 8 smartphone at an event in London just as expected. This is the first Flagship offering from the company, and it packs Qualcomm Snapdragon 835, 4GB LDDR4 RAM, and  5.3-inch Quad HD display. The major highlight of the phone is a dual 13MP rear camera set up.

After being in the news and leaks for some time now, Nokia 8 is now official as expected and is the first smartphone to launch after the HMD Global and Carl Zeiss partnership for Nokia cameras. The device sports a 5.3 inches Quad HD LCD with Corning Gorilla Glass 5 protection and is powered by the 2.45GHz Qualcomm Snapdragon 835 chipset coupled with Adreno 540 and 4GB LDDR4 RAM. Further, the phone is equipped with 64GB (UFS 2.1) of internal storage which is further expandable up to 256GB via microSD card. The phone is fuelled by 3090mAh li-ion battery with Quick Charge 3.0. The Nokia 8 runs on Android 7.1.1 (Nougat) which is further upgradable to Android O. 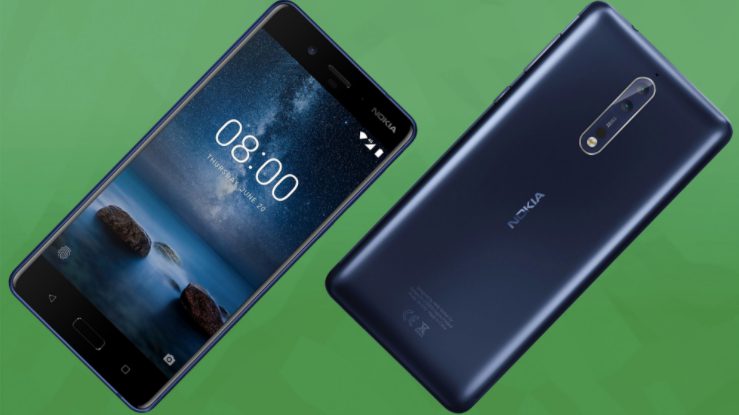 As we expected that the Nokia 8 would come with some unique features and just as expected the latest Nokia flagship comes with high dynamic range microphones, which enables it to record surround sound using Nokia OZO Audio algorithms which further produce dynamic surround sound even when users share their video on Facebook and YouTube. There is an another interesting feature called as “Bothie” in which allows users to capture images and videos from a front and rear cameras at the same time.

HMD global is gearing up to launch the device in India in October, and the pricing for India would be mentioned on the day of the launch said the company. Stay tuned for more info.