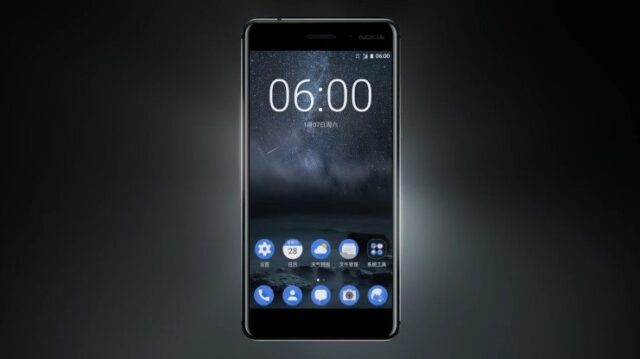 Within few days after the launch of Nokia 6 by HMD Global, a new smartphone tagged as Nokia 8 with Snapdragon 835 processor and 24MP rear camera has surfaced on the web. As reported previously, HMG will unveil a series of smartphones including the rumored Nokia 8 at MWC 2017.

However, there are reports that Qualcomm has secretly showcased the Nokia 8 handset during the CES 2017. The first impression is that the phone will feature core specifications well enough to make fans happy.

In a surprise development, two videos captured by a YouTube channel named Total Tech was exposed on YouTube. According to reports, the two videos were captured during CES 2017 private event. Based on reports from those users who were lucky enough to view the videos, the look and specifications are mind blowing.

Rumored to be available in two variants, the forthcoming Nokia 8 will feature a Snapdragon 835 processor paired with 6GB RAM. The main highlight of Nokia 8 is the addition of a 24MP Carl Zeiss rear camera sensor with support for not only optical but also electronic image stabilisation. The leaked video also showcased an HRM sticker, which signals the fact that the handset will be equipped with a heart rate monitor.

Nokia 8 will have up to 128GB internal storage

If you think that the phone will have a paltry front camera, you are wrong. The phone will ship with a 12MP snapper with support for FHD video recording. Furthermore, you can also expect integration of dual speakers on the front. Hence, you can experience distortion-free audio. On the storage front, you can expect the phone to ship with either 64GB or 128GB.

On the other hand, the budget-friendly Nokia 8 will most likely ship with a Snapdragon 821 processor alongside 4GB RAM. However, we don’t have any information about the camera specifications.

There are rumours about the absence of physical buttons on the front side of the handset in the leaked Nokia 8 (removed now) video. Furthermore, design is more or less similar to that of the Nokia 6 handset that was recently introduced by the company.

Since there is no official announcement from the company side, you should accept these facts with the pinch of salt. We expect more information about Nokia 8 will emerge by the end of January.