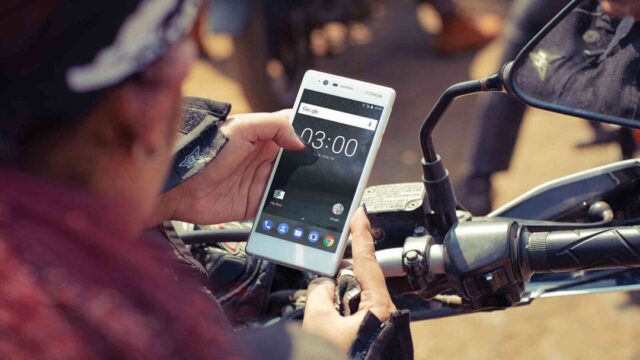 India is a market that is constantly flooded with smartphones from various brands giving consumers a choice to pick. However, the month of April has seen very limited launches in the country and now to fill that void, brands have started gearing up with their product line-up that will go official in the coming weeks. In this regards, we’ve compiled a list of smartphones that are going to be launched in the month of May in India.

Starting off with Huawei which will be coming up with the Honor 8 Lite smartphone two days from now. The device is a trim down variant of the Honor 8 that was launched last year. It sports a 5.2-inches Full HD display and is powered by the Kirin 650 Octa-Core processor with 3GB RAM on board. It runs on Android 7.0 Nougat. The device packs a 12-megapixel rear camera with LED Flash and an 8-megapixel front-facing camera for selfies and video calls. It is expected that the company would price the device at around Rs.20,000.

The Redmi 4, on the other hand, was initially introduced in China back in November last year and now, the company has started teasing the device in India indicating the launch in the country. The device comes with a 5-inch HD display and is powered by the Qualcomm Snapdragon 430 SoC with 2GB RAM on the basic variant, while the high-end Redmi 4 is equipped with the Snapdragon 625 SoC with 3GB RAM. Coming to pricing, the standard model is expected to be priced at Rs. 6,900, and the high-end model costs you Rs. 8,880. We shall know more details once the device goes official.

Xiaomi’s most anticipated flagship; the Mi 6 was introduced in China last month, and it looks the company is now gearing up to bring the device to India. The Xiaomi Mi 6 packs a dual rear camera setup and will be powered by the Qualcomm’s latest Snapdragon 835 SoC with 6GB of RAM. Though there is no official word regarding this from Xiaomi, rumor says it the device would be made available in India very soon. Coming to pricing, it is expected to be priced at Rs. 25,000 for the 6GB RAM with 64GB internal storage and Rs. 30,000 approx for the 6GB RAM with 128GB storage version. Finally, the ceramic variant of the same will be priced at Rs.31,000.

Nokia; the brand name that never dies, thanks to the impact it created over the years. Now, the company is now back after being sold to Microsoft. The comeback has witnessed the legendary Nokia 3310 and few mid-range smartphones like Nokia 3,5,6 that were introduced to the world at MWC 2017 event in February. A couple of months later, Nokia is set to launch these handsets in India. Though there is no official date mentioned by Nokia, it is heard that these smartphones will be launched in India very soon. We shall know the pricing and availability details once they go official.

Motorola, who was silent since the launch of G5 Plus and G5 is expected to soon come out with the successors of the E3, the Moto E4 and E4 Plus. Both these smartphone have passed through FCC certification with model number XT1773 for the Plus variant and XT1772 for Moto E4. Both these smartphones will be powered by the MediaTek chipset and run on Android 7.0 Nougat out of the box.

The Moto E4 Plus packs a massive 5000mAH battery, while E4 comes with 2,800mAH. Given the history of the Motorola’s E-series, these devices are expected to be priced under the Rs.10,000 price segment.

Stay tuned for more news about the upcoming launches in India. Subscribe to our YouTube Channel if you haven’t till now!