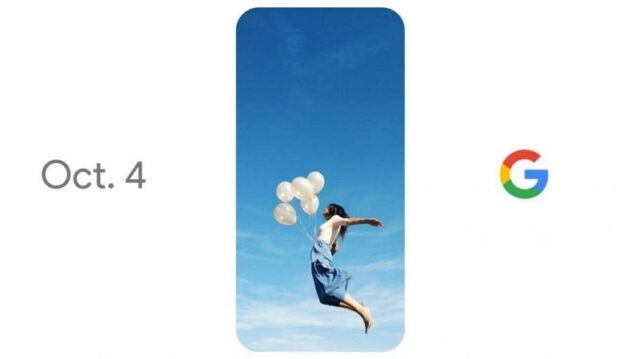 Google is all set to showcase some new hardware for us smartphone nuts. The company has already sent media invites for an event slated for October 4 in San Francisco. Besides, they’ve also posted a teaser video that shows a rectangular Google search bar that in the end transforms into a smartphone.

Now this clearly suggests Google will most likely show off the highly-anticipated Pixel smartphones – Pixel and Pixel XL. These are the ones that will probably take over the Nexus range, and become the company’s signature flagships from now. In essence, 2016 could mark a new beginning for Google with their very first Pixel phone.

Hence, we’ve compiled a list handy list of everything we know so far, and what Google will unveil at the upcoming event.

Google has been promoting its event under the slogan “Made by Google,” which fuels existing rumors about the company ditching the Nexus brand in favor of Pixel. These upcoming smartphones will likely be called Google Pixel and Pixel XL, and made by Taiwanese manufacturer HTC.

The Pixel is the smaller of the two and is expected to get a 5-inch full HD display, and the Pixel XL will be the high-end variant with a 5.5-inch Quad HD AMOLED display and a larger battery.

Apart from this, both devices share the same set of specs which include a Snapdragon 821 processor bundled with Adreno 530 graphics, 4GB of RAM and 32GB of built-in storage. Besides, rumors also suggest a 13MP primary camera along with an 8MP selfie shooter. They are expected to come in Black and White color options.

As far as pricing goes, it seems Google is going all guns blazing to take on the likes of iPhone 7 and the Galaxy S7. Android Police reports that upcoming Pixel smartphones will start at $649, which is the kind of price tag reserved for flagships from Samsung and Apple.

Not to forget, both devices will likely run the latest Android 7.0 Nougat out-of-the-box, with support for Google’s DayDream VR headset.

At it’s I/O conference back in May, Google revealed its plans to go full throttle in the VR space and announced the DayDream VR platform. Hence, we can expect the company to show off its DayDream VR headset running on upcoming Pixel smartphones. Google has reportedly made a huge investment to ensure there’s enough VR content for its DayDream VR platform when it launches. Besides, reports do indicate that Google is expected to launch the headset alongside its latest smartphones.

Google launched it’s first Chromecast back in 2013, an affordable HDMI dongle that essentially makes your television a SmartTV. It lets you wirelessly cast content onto your television screen.

The Chromecast update has been due for over a year now. And it seems the company is finally prepping the launch of its 3rd generation model alongside its Pixel phones, that’ll reportedly have 4K capabilities. Though, we’re not sure if the 4K Chromecast will be as economical as it’s predecessors.

Google is also expected to reveal more information about its Amazon-echo like device called Google Home. It’s essentially a voice-activated Wi-Fi speaker that also functions as a smarthome control center, and acts as an assistant for your entire home. You can use it for managing daily routine tasks, ask for information, or use to it play music. It houses a speaker underneath the shell which allows you interact with Google Assistant.

Google said we could expect the device to be released “later this year.” Hence, it is likely that we hear more about it on 4 October.

So what else does Google has in store for October 4th. If rumors are true, Google could also announce a Huawei-made 7-inch Pixel tablet. Even credible tipster Even Blass aka @evleaks tweeted that Google is indeed prepping a new tablet that’ll be built by Huawei. Could it be a genuine successor to the Nexus 7 (2013), we’ll find out more on October 4. Till then, hold onto your horses and stay tuned for more information.