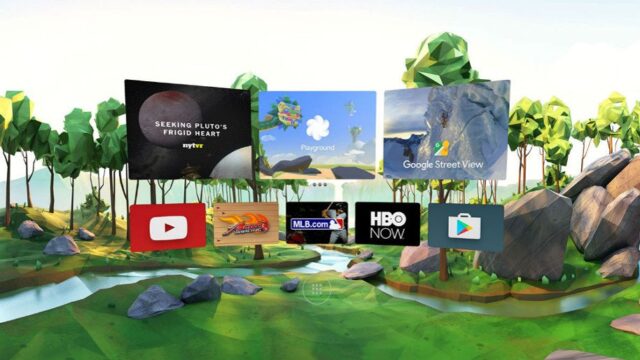 Daydream, Google’s Virtual Reality platform, will launch in next few days. According to sources, the Daydream platform is ready for launch. Announced at Google I/O in 2016, Google is also planning to invest “thousands of dollars apiece” in VR content during the launch. This means that you will be eligible to get free access to a wide range of films and programs compatible with Daydream. Commenting on the launch of Daydream, a top official revealed to Bloomberg that the company has started to send out an update to users stating that the Android platform will provide support for Daydream. Moreover, the search giant is also gearing up to promote projects from Hulu. The company will also provide funding for the production of 360-degree videos, which will be ultimately shared with YouTube community. Meanwhile, Google’s parent company Alphabet has reportedly pumped a huge amount of cash to develop content for the new VR platform.

Well ahead of the official launch, Google had reportedly established partnerships with the Dolan Twins and Justine Ezarik to create compelling 360-degree videos. The search giant is also planning on short films, apps and games to promote its Daydream platform. There are unconfirmed reports that the company is planning to open a dedicated store similar to that of Oculus platform for VR.

The launch of Daydream in imminent and is only a matter of weeks. Sometimes, Google will launch the new VR platform around the time when Apple releases it iPhone 7 to gain media attention.

The upcoming Google VR technology has been integrated into the Android 7.0 Nougat operating platform. Earlier, Google had claimed that major smartphone players like Samsung, HTC, ZTE, Huawei, Xiaomi, Alcatel, Asus and LG have agreed to manufacture Daydream ready smartphone. Hence, in 2017, you can expect the launch of new devices with Daydream support.

In the meantime, Google is also working hard to design its own Android smartphone. In addition to Nexus, the upcoming new Google smartphone will be eligible to get faster updates.

For the last one year, Google has been making heavy research and investments in the VR arena. According to industry analysts, Virtual Reality has been termed as the next big thing in the market.

Google Daydream to compete with other VR headsets

Google is only one company which stands odd man out in the VR segment. This is because Oculus, HTC, LG, Samsung and even Sony are selling their own exclusive products. Recently, Xiaomi also unveiled Mi VR Play, which is an entry-level headset that depends on your smartphone to deliver apps, games, movies and TV shows.