Blaupunkt is no stranger in the Indian market, after putting out a large catalog of Smart TVs, soundbars and speakers at various price points. Their newest offering is the Blaupunkt BTW Pro, a pair of truly wireless earphones that come at a price point of INR 6,999 and offers quite a lot for that amount of cash.

We got our hands on the black-colored Blaupunkt BTW Pro and let’s jump right into the review.

Here are some essential specifications and features of the device. 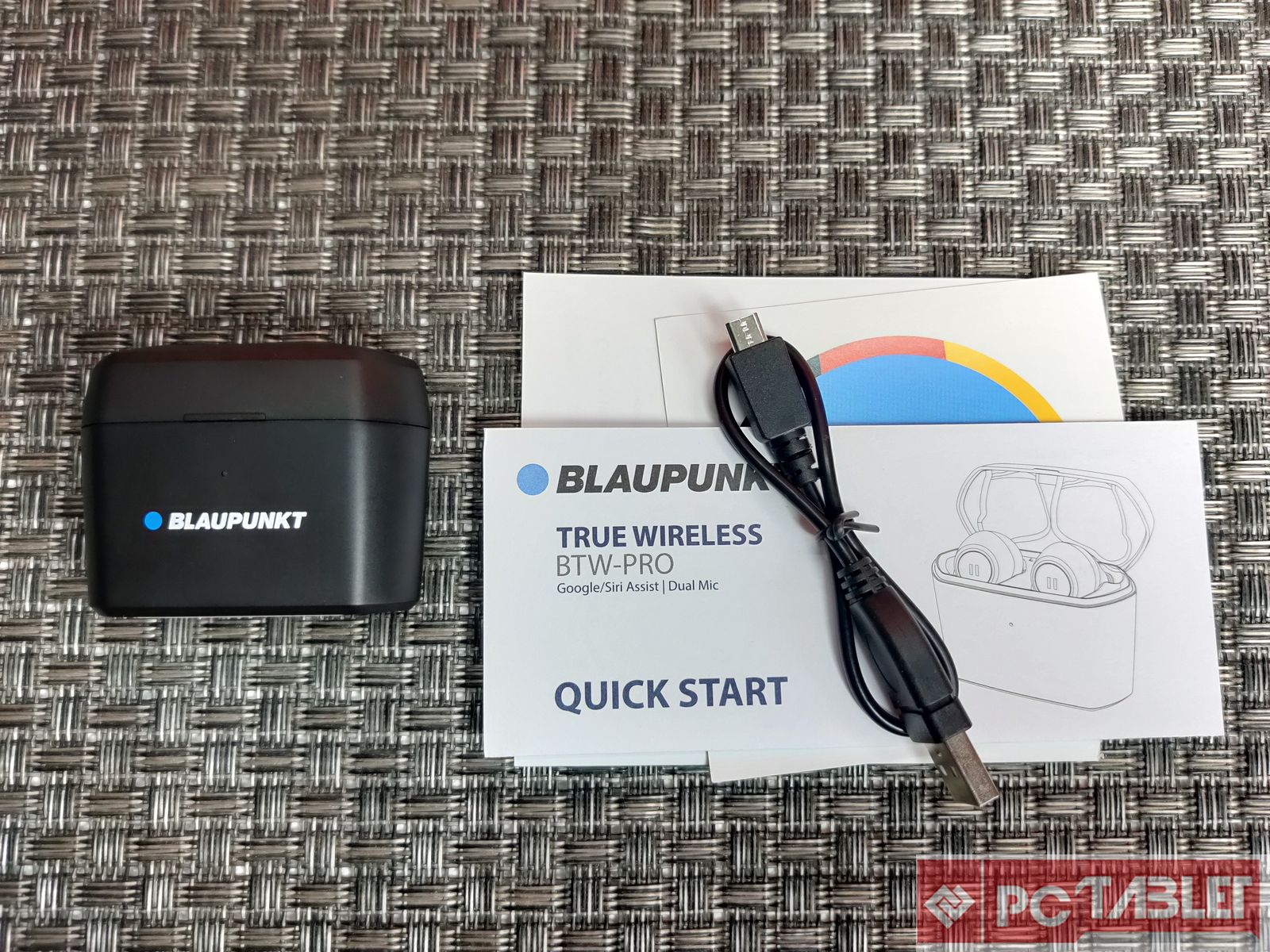 The BTW Pro’s sport the traditional in-ear design with a long stem resembling that of the Apple AirPods. You get a silicon tip on the buds which helps with the grip but is useless in canceling out audio which is supposed to be the plus point of in-ear buds. Moving on, you get a touch sensor on each of the buds, with pre-programmed controls to play/pause tracks, take or end calls and control the volume. 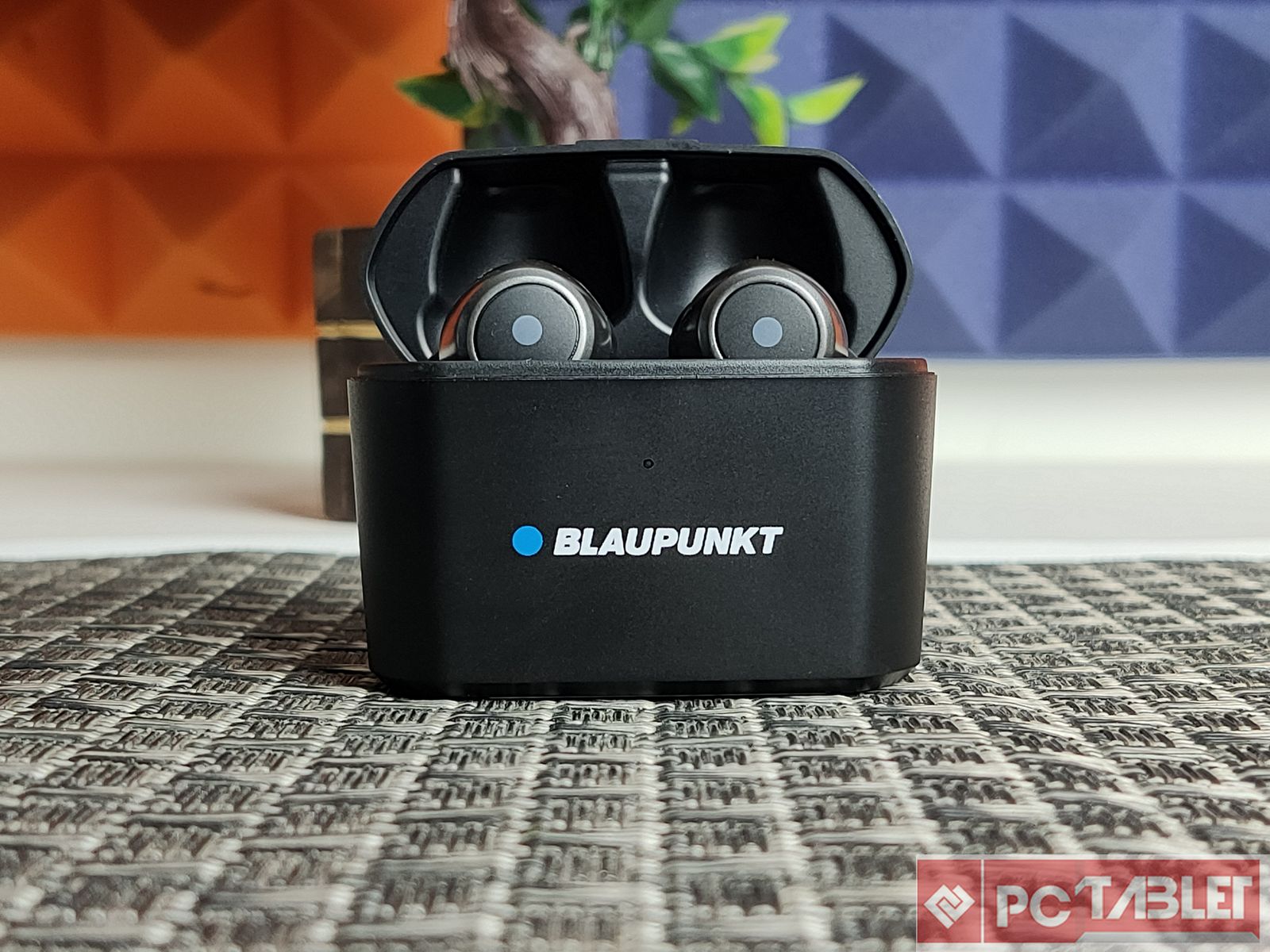 The build is entirely done in plastic be it the buds themselves or the charging case. For a pair of wireless earbuds at INR 6,999 the finish seems off and the case itself seems flimsy. The buds themselves are lightweight coming in at 5g each. They come in two color choices, Black and grey, the one we have is Black. To aid with the calls, there are two mics on each side. You don’t get any wear-detection sensors here, like the ones found on the Realme Buds Air. 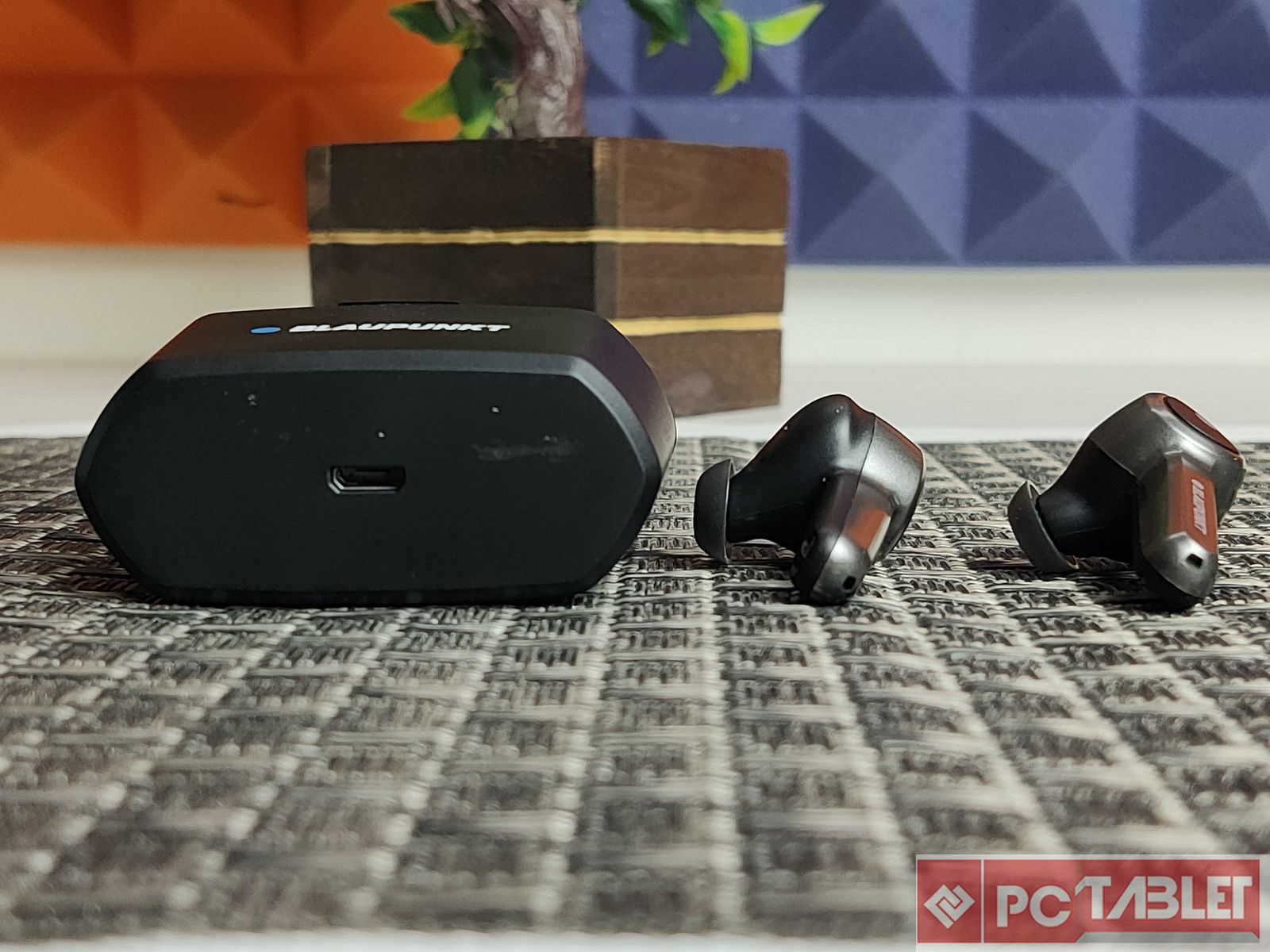 The carrying case comes with LEDs that let you know the amount of charge and a pairing button. There is a MicroUSB port on the bottom of the case, to charge the in-built 740mAh battery.

Let’s now get into the performance aspect of the buds. While there is no official figure on the size of the drivers being used here, but we think they are 10mm, dynamic drivers. BTW Pro’s come with Bluetooth 5.0 for better audio output over Bluetooth. What further helps is the addition of Qualcomm AptX. 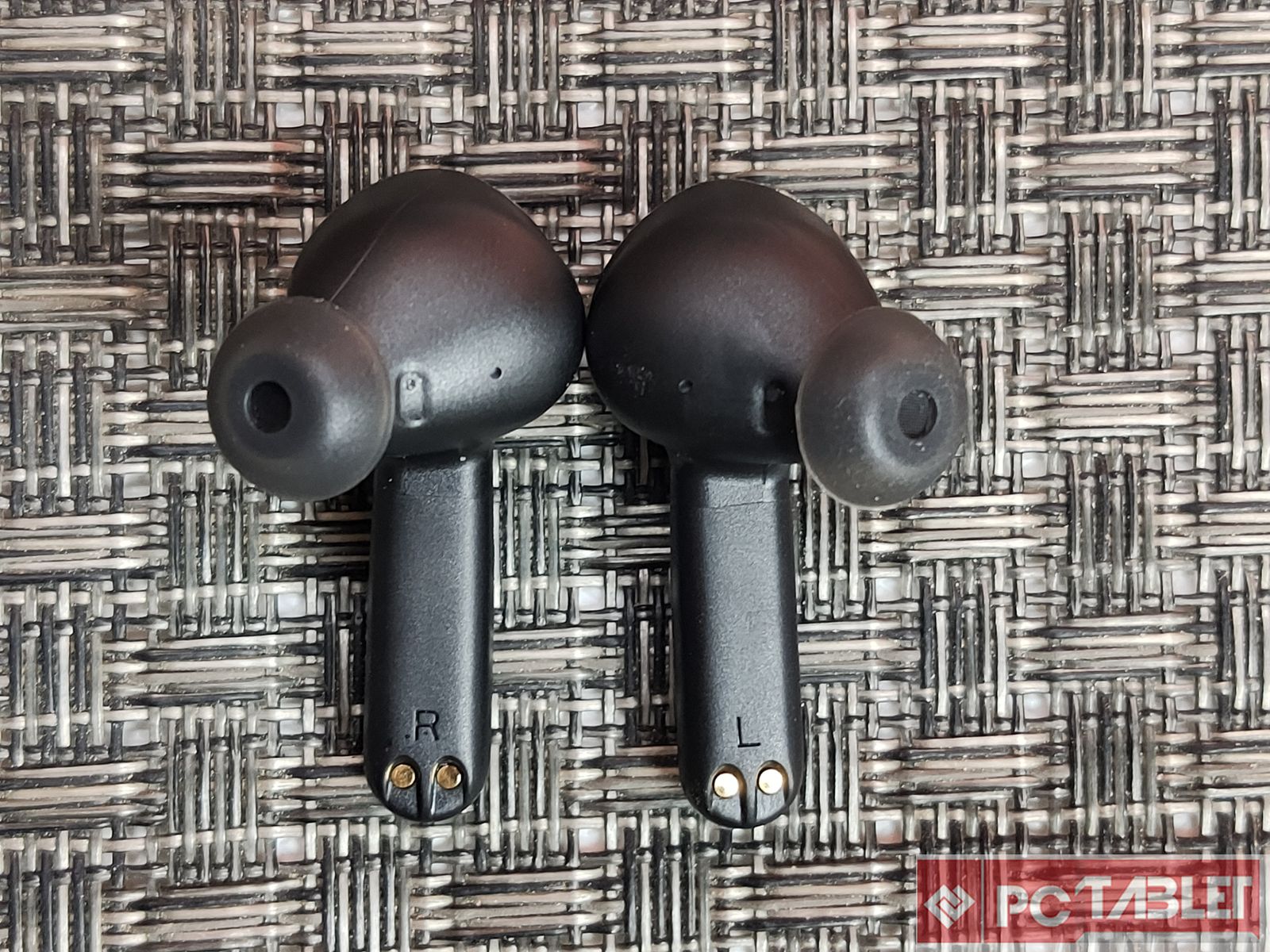 There’s a slight issue with the fit and the ear tips don’t help either. That being said, the BTW Pro’s do sound good for the price. In our testing, the sound stage seemed to be balanced with a little more emphasis given on the mids while pumping out quality highs. Bass is best in class and would please the masses if they opt for this. We quite liked the instrument separation on these but they do lack a sense of depth at times.

We didn’t really notice any static noise present which is quite common on TWS units. Since the touch-sensitive area is restricted to the buds and not the stem, getting used to the gestures takes time. For the first few days of shifting to the BTW Pro from AirPods, we missed some features but the battery life and sound profile sort of balanced off that need. 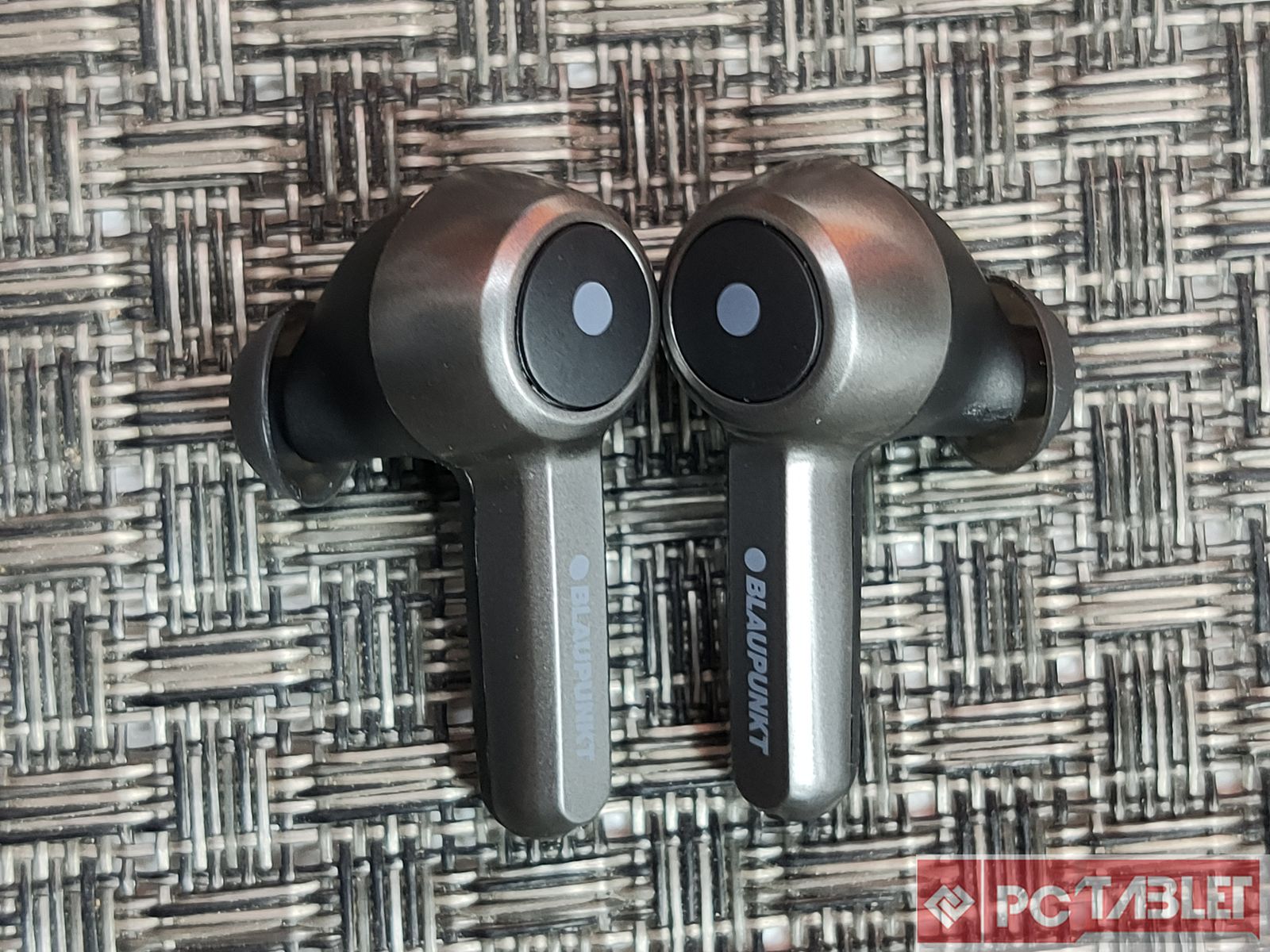 As previously mentioned, they do come with dual-mics that help with the audio quite a much and resulted in clear calls in office environments while there was some disturbance in high decibel environments.

Moving on to the battery life, this is where the BTW Pro’s shine. During our tests, we managed to get just a little over 9 ½ hours of uninterrupted music out of these. The case did juice them back very quickly and provided three full charges in total. Charging the case itself took 2 hours though. 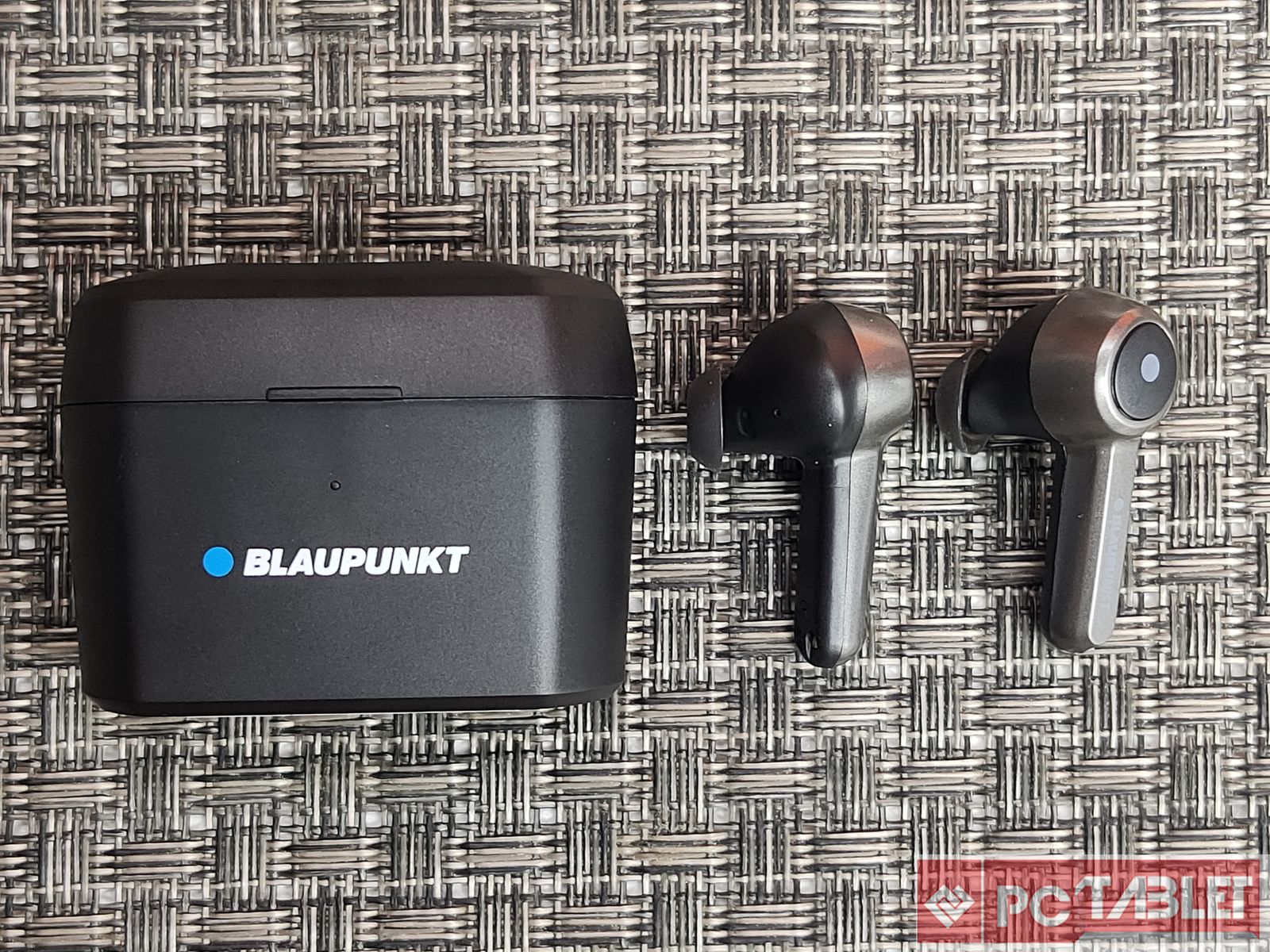 The BTW Pro’s do provide a level of performance that you would crave from a pair of TWS units coming in at INR 7,000. That being said, they do fall short on some of the basics, like the fit, flimsy build and lack of sensors. What they have going on for them are the sound quality and excellent battery backup.

With the current market scene, you do get quite many options for your hard-earned dough. Right from the Anker Soundcore line-up to Realme Buds Air and the Shanling series.