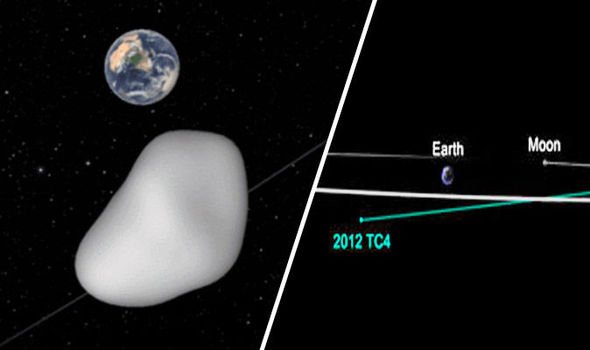 Scientists and astronomers from the National Aeronautics and Space Administration (NASA) said that they are extremely “excited” as the mysterious asteroid, named as 2012 TC4 and positioned beyond the range of telescopes, is swiftly moving towards earth and is expected to fly by our mother planet on 12th October 2017. As said by the scientists, the asteroid, which could be as big as 100 feet in size is unknown and will give scientists a rare opportunity to test its space threat-scanning capability.

As said by NASA, scientists are “certain” if the space rock will hit or miss the planet, and also unsure how close it will fly by the earth. As NASA revealed, the mysterious asteroid is not expected to come within the region of 4,200 miles from Earth’s surface, but they can’t be more specific about its nearness to earth it has been out of telescopes’ range since 2012. According to Michael Kelley, the lead of the observation campaign, “NASA is using the close flyby of 2012 TC4 as a “test.” 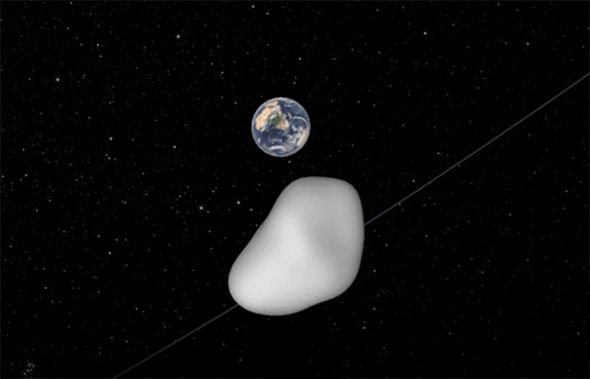 As explained by the scientists from the California-based Jet Propulsion Laboratory (JPL) of NASA, “We are highly energized about the approaching close flyby of a small yet mysterious asteroid to earth and we are planning to use its closest approach to Earth as a golden prospect not only for scientific discoveries but also for testing the space threat scanning ability of NASA’s network of observatories as well as scientists who are working closely with planetary defence systems.”

The first and last flyby of 2012 TC4 to earth occurred in 2012 following which it disappeared into the Solar System and went beyond the range of telescopes. While earlier, scientists used to have detailed idea about most of the asteroids that came close to earth and know if they will fly by earth safely or cause any harm, this time, they are unsure if this beyond-telescope-range asteroid will take a safe flyby to earth and how close it will come to earth while passing.

LIC policyholders can now access over 11 services directly on WhatsApp

Noise celebrates the spirit of love with the launch of its new Valentine’s Day campaign and sale, #StoopidCupid

Haven’t Bought a Valentine’s Day Gift Yet? Here are some Unique Gift Ideas for your loved ones

LIC policyholders can now access over 11 services directly on WhatsApp

Noise celebrates the spirit of love with the launch of its...