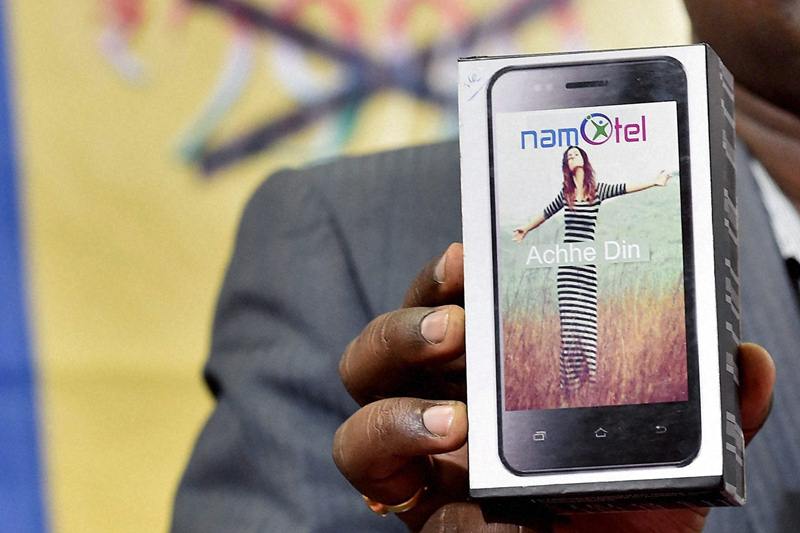 Namotel Achhe Din Smartphone has been launched at Rs. 99, but everyone is wondering how this is feasible. Well, here is how a smartphone as cheap as Rs. 99 is feasible.

Earlier, Freedom 251 was launched at Rs. 251 by Ringing Bells , a company never heard of before. Its Director Mohit Goel faced criticism as well as applaud for launching a smartphone for just Rs. 251. However, despite the negativity, he answered to all the media queries and even sent the sample units.

Similar to that fashion, a man known as Madhava Reddy has come up with another smartphone called Namotel Acche Din at a price of just Rs. 99.

It boasts of Quad Core Processor, 1 GB RAM 4 inch HD display along with dual sim. The booking of the phones started from 17th May and will go on till 25th May.

Most people believe that this is another scam just like Freedom 251. However, as per the latest information, the Freedom 251 smartphones are under production and the Director Mohit Goel is working hard to get it delivered on time.

Whether Freedom 251 is a fraud or not, only time will tell. But what we can tell you is that a phone as cheap as Rs. 99 is definitely feasible.

The phone is expected to come with pre-installed apps such as Swachh Bharat App and other emergency apps from the Govt. Of India. There is a possibility that the Govt. Of India might find this phone to have apps pre-installed particularly for the benefit of the people. A lot of farmers are committing suicides and finding it difficult to sustain in this field of competition. These apps might benefit them in improving their crop production and sale. That’s not it, the Rs. 99 smartphone can also help us in achieving the Digital India dream, as well as make mobile banking reach in the hands of people living in the remotest location.

Another option available for the Namotel is to get funded from popular IT companies or apps. This is how iPhone is cheaper in the US. Popular companies like Google can easily spend a lot of money to fund this phone and ask the company to pre-install its apps such as Chrome, gmail etc.

Google makes tons of money from its apps and has also been accused by the European Union of favouring its own apps in Android phones.

What will be crucial, is to see the quality of the phones that they will make. Extremely cheap quality of electronic products can have disastrous results.

As far as costing is concerned, it is definitely not an issue if some big shot company ties up with it. However, only time will tell whether this company is a fraud or not.