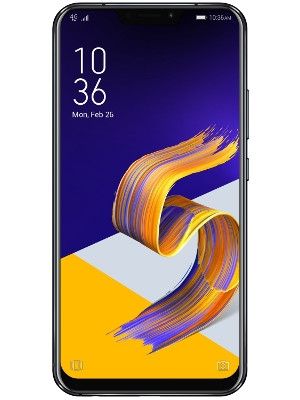 The new ZenFone 5 is set for launch in China and Taiwan on April 12 but in a last minute leak, we have an idea of what it going to be priced there. According to MyDrivers, it is TWD 11,990 that the phone will be priced when it goes on sale in the above countries.

The rest of the details known of the new ZenFone 5 is its incorporation of the iPhone X-like notch at the top. Besides, Asus is claiming an all-screen front with the display being of 18:9 aspect ratio that makes for 90 percent screen-to-body ratio.

That sort of looks is fast becoming common with smartphone having a notch becoming a dime a dozen these days. That also seems to be the most favored design strategy for phone makers at the moment; to go rather frugal with the top bezels while accommodating the usual sensor package in a notch. However, unlike the Apple flagship, the ZenFone 5 does feature a slim chin.

As for its internal build, the phone will come powered by the octa core Snapdragon 636 chipset. There is going to be an Adreno 509 GPU as well while there will be either a 4 or 6 GB RAM available depending on configuration. There is going to be 64 GB storage in the most basic version. Up front, the phone will have a 6.2-inch full-HD+ display having a resolution of 1080 X 2246 pixels.

The new ZenFone 5 is also a powerhouse when it comes to imaging capabilities. And much of owes it to the real dual camera setup that comprises of a 12 MP Sony IMX363 sensor having f/1.8 aperture. It will be complemented by an 8 MP f/2.2 aperture sensor as well. An 8 MP camera having f/2.0 aperture adorns the front. Another unique aspect of the ZenFone 5 camera is the 3-axis EIS available to both the front and rear cams.

The ZenFone 5 will be running Android 8.0 Oreo right out of the box with the Asus ZenUI 5.0 layer running on top. Providing the power will be a 3300mAh battery which Asus said complies with AI Charging tech. Color options with the ZenFone 5 include Midnight Blue, and Meteor Silver.

No information yet on when the phone will launch elsewhere in the world.