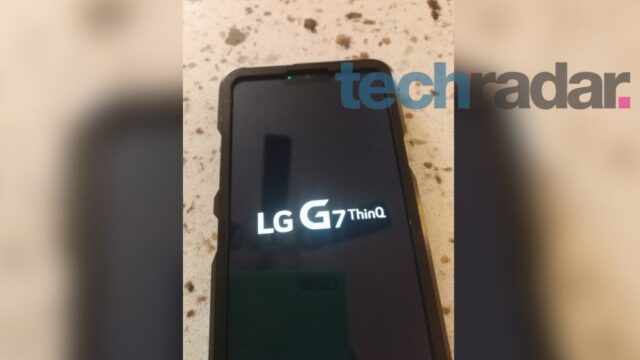 LG’s next flagship phone, the G7 ThinQ has emerged online and is revealing some interesting design features. That includes the famous – or infamous depending on which side of the fence you are in – notch at the top.

That makes the G7 to join an ever growing list of Android smartphone me-toos that draws inspiration from the iPhone X style notch. However, the same on all Android devices seem to be common, that of having a minimalist approach where the notch is almost half that on the Apple flagship.

Images and screen shots of the phone that TechRadar got hold of however depicts the device covered in plastic claddings for testing purposes. However, the front display – all of 6.1-inches – can still be made out to extend edge to edge along the sides while a chin at the bottom is evident.

A power button on the right side too can be made out, as is a separate button on the left. The latter is believed to be exclusively for launching the AI assistant that LG first introduced with the V30S ThinQ. It is not known though if the button is user customizable. It would be a pity if that isn’t the case as those not keen to have the services of LG’s smart assistant would no doubt like to assign the button for some other feature.

As things have shaped up in recent times, flagship phones are almost always required to have its own AI assistant to allow for better user convenience. It is going to be for LG what Bixby is for Samsung.

The rest of the specs again are almost common for all Android flagships. That includes a Snapdragon 845 chipset mated to a 4 GB RAM along with another 64 GB of storage. Those might not be too exciting anymore save for the phone’s AnTuTu scores which stands at 252,473. That betters the Galaxy S9 for now but will have stiff competition from the other forthcoming handsets. Those include the OnePlus 6 in the immediate term or the Pixel 3 later in the year.

The LG G7 ThinQ meanwhile is expected for launch sometime in May.