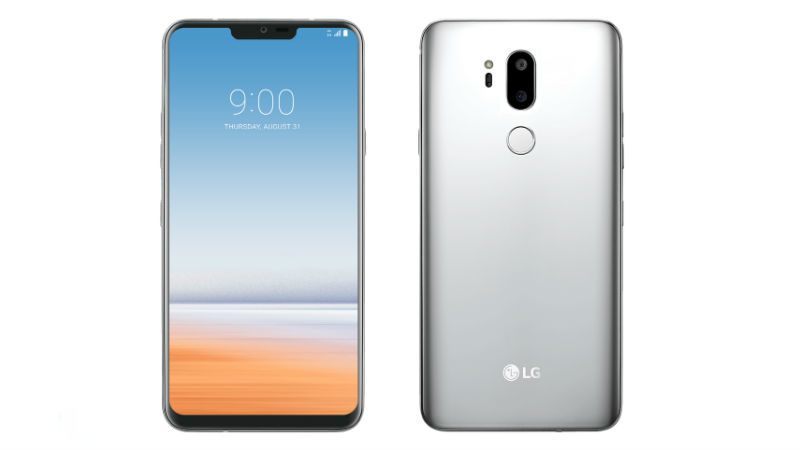 LG is yet to officially annonce its next flagship, though a lot of information about the handset has surfaced in the past few weeks. Credible tipster Evan Blass suggests that LG’s upcoming flagship phone will be dubbed as the LG G7 ThinQ. Also, new leaked screenshots and photos of the handset doing rounds on the web suggest the handset will carry the same name.

The handset is rumoured to hit the market next month. Key sources indicate it carries model number LG-G710TM and is currently undergoing early testing in the United States. Leaked photos show the handset inside a plastic case. Sources suggest the handset will come with a 6.1-inch display. Also, leaked images suggest it adopts a trend we’ve been seeing off-late – an iPhone X-like notch on top of the display. And the notch houses the front-facing camera and the LED indicator.

In terms of specs, multiple sources suggest the LG G7 ThinQ gets the latest Snapdragon 845 processor bundled with 4GB of RAM and 64GB of built-in storage, just like the upcoming OnePlus 6. Not to mention, leaked screenshots also reveal that the LG G7 scored 252,473 in Antutu benchmarks.

In the camera department, the LG G7 is rumoured to get the company’s first-ever rear dual camera setup with an f.1/5 aperture for improved low-light performance.
Finally, LG’s next flagship is also expected to come with a slew of AI-based features. The handset might include Q Lens and Q Voice which can be controlled by an “AI switch,” something like the dedicated Bixby button in Samsung’s flagship phones.

Some sources also suggest that there could be another variant of the handset called the LG G7 ThinQ+ that will offer 128GB of built-in storage.

As far as release goes, the handset is expected to arrive in store shelves in May. Hence, it is speculated that LG could officially announce the handset by the end of April and make it available for pre-orders.

According to earlier reports, the LG G7 ThinQ could be priced in the range of $850 to $950. However, LG is expected to face some stiff competition from other Chinese phones in the second quarter of the year. These include the likes of the OnePlus 6, Honor 10, and the Xiaomi Mi 7.