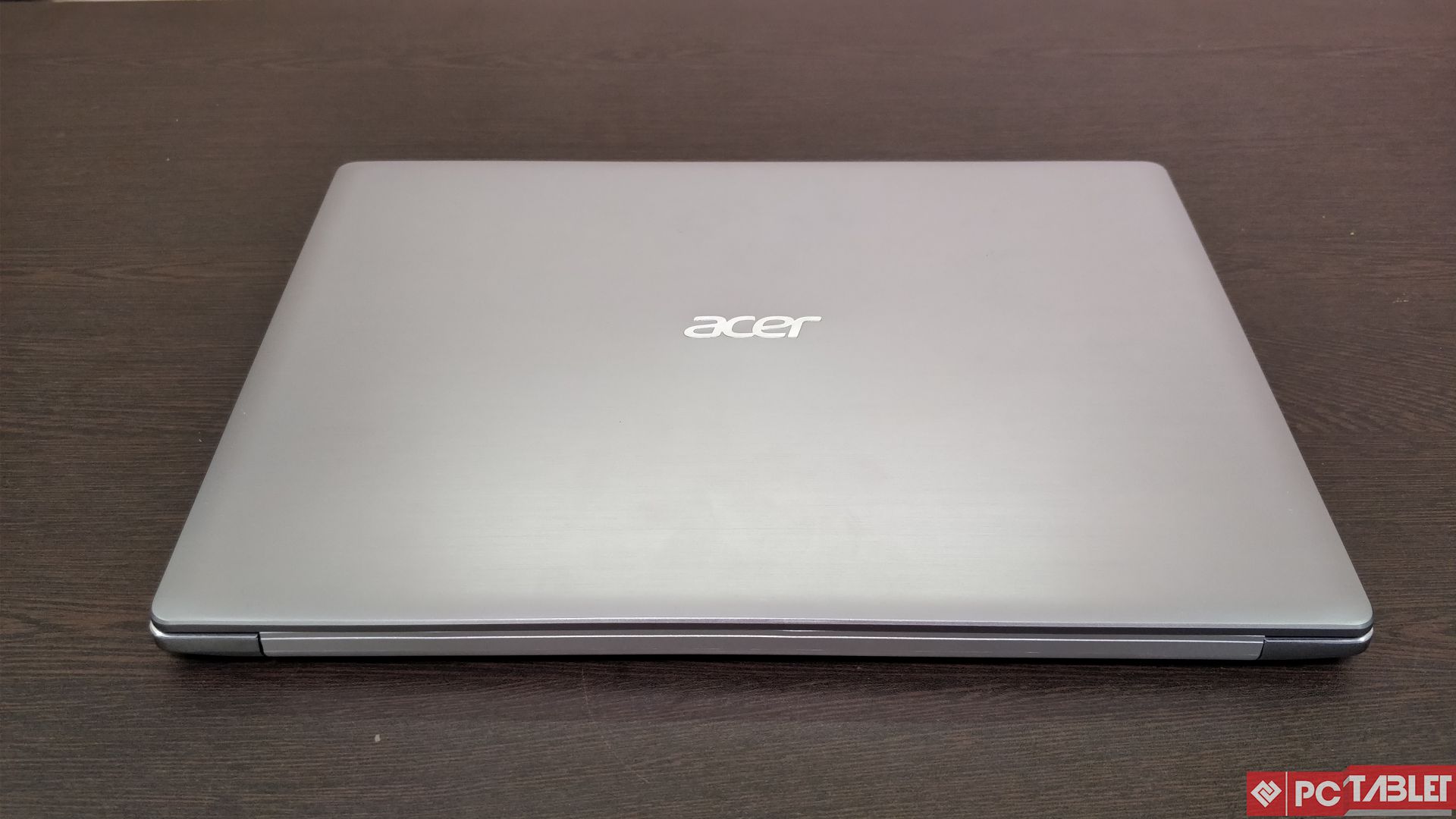 Acer Swift series laptops got a new member of the team which looks similar from the outside but a lot different from the inside. The Acer Swift 3 comes with the latest Intel Core i5 8th generation processor and SSD storage. Let’s see how this laptop performs around some of the regular tasks and how it’s better than same-priced laptops.

Acer Swift 3 is a premium laptop with metal design and slim aesthetics, it comes with a silver brushed finish all over with black keyboard. The laptop has a brushed metal finish all over the casing with Acer logo at the center of the lid. At the bottom of the laptop, we see two side-firing stereo speakers, rubber feets and some vents to remove heat from the laptop via built-in fans.

On the left side of the laptop we have most of the I/O ports which include; the charging port, one HDMI out, one USB Type C port, two USB 3.0 ports and the 3.5 mm mic/headphone combo port. The right side is pretty simple, it has a Kensington lock slot, status LEDs, one USB 3.0 port and one memory card slot.

Opening the Acer Swift 7 laptop made me realize that this laptop doesn’t have any notch to open the lid. Lifting the lid welcomes you with the gorgeous Full HD (1920X1080) LCD display with a minimal black border around it makes the display looks gorgeous. The lid is attached to the laptop with single bar hinge system and adjusting the display wobbles the lid a bit but that’s perfectly fine because it happens with most of the laptops.

Acer Swift 3 has the perfect balance of thin body and weight, it is not a very thin and not very-very light. The laptop is ~18mm thick and weighs 1.6 kg, and according to these specifications, we can put this laptop on the “Ultrabooks” shelf. It is super light for carrying and still sturdy to endure some minor shocks.

Acer Swift 3 is one of the only few laptops which are shipping with the Intel’s Coffee Lake processors. It comes with the Intel Core i5 8th (8250U) generation CPU which is the latest generation processor Intel has released by now. The processor has a base clock speed of 1.8 GHz which goes up to 3.39 GHz. Paired with the processor is 4GB LPDDR4 RAM which seems a bit low but believes me, it’s not!

To elevate the performance to another level, the Acer Swift 3 is equipped with a 256GB SATA M.2 SSD. The SSD reduces the boot time of the laptop significantly and because of the SSD and the latest 8 generation processor, the performance is at the peak. For graphics, the laptop sports Intel HD onboard graphics with a total of 2GB video RAM.

The trackpad also has that silver metal finish on it with a very smooth finish with multi-finger gesture support. The size of the trackpad is perfect and has more square look than wide; I prefer wide style trackpad. Other than the keyboard and the trackpad, the wrist rest has a fingerprint sensor on it for Windows Hello integration and login to the windows using fingerprint only. The placement of the sensor is perfect and reachable every time you want to login to the Windows.

Say hello to the latest and the most natural way of logging into devices; fingerprint. Just put your finger on the sensor and you are in, just like that. You don’t have to enter passwords, again and again, every time you wake your laptop from sleep. Setting up a fingerprint is easy and so is the usage and logging into the Windows via fingerprint. Lot’s of laptops from other brands don’t come with this feature, we appreciate that Acer did this on its laptop.

Acer Swift 3 is a beast according to its hardware; it doesn’t seem much of a beast because it comes with Core i5 processor and 4GB RAM but you have to believe the numbers. After benchmarking it with the most popular benchmarking software; Geekbench 4, we got amazing scores. The single core score is 3635, which is better than the score of an Intel Core i7 3rd generation processor. The multi-core performance score is 11684, which is almost similar to the score of an Intel Core i7 6th generation processor.

The 4 gigs of RAM and 256GB SSD storage are just icing on the cake, we also benchmarked the storage using the CrystalDiskaMark benchmarking software and here are the results. The SSD is capable of reading data at a speed of more than 500MB/s and can write at a speed of more than 250 MB/s. Overall the performance is great and can even beat some laptops with Core i7 processor and 4GB RAM.

There are fewer laptops out there which comes with the Intel’s Core i5 8th generation processor, and Acer Swift 3 is one of them. During our testing, we find that the Acer Swift 3 is perfect for most of the jobs people use laptops for. So, if you are looking for a laptop which can do your regular work at lightning fast speeds, Acer Swift 3 is the perfect laptop.