Home News 7 Apps that will be deleted on iOS 11 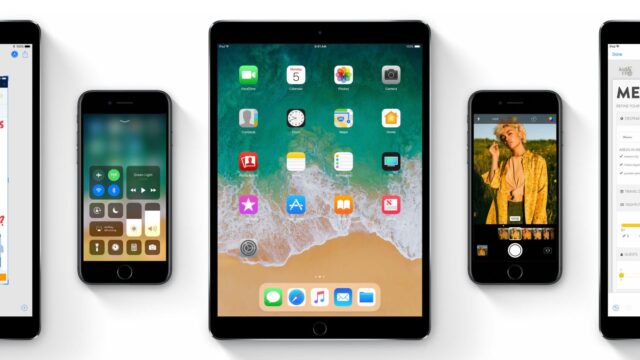 Recently, Apple has made an important announcement and that is that the iOS 11 update will only support 64-bit apps in order to modernize and optimize the App Store. That means that iOS 11 will “eliminate” a lot of apps that are currently running on the 32-bit platform. People estimated that about 187.000 apps will disappear from the App Store once iOS 11 is launched, Taking up about 8% of the total number of apps on the App Store.

Amongst these apps, many of them are very familiar with users.  Of course, the developers can just update the apps to make them compatible with iOS 11. But for today, I’ll be going through a few apps that’ll make people sad if they don’t appear on iOS 11.

Of the 187.000 apps that haven’t updated to 64-bit yet, the gaming section will be affected the most as about 36.800 games are still running on the 32-bit platform with one game, in particular, is Flappy Bird.

This is an incredibly popular mobile game developed by Nguyen Ha Đong, a Vietnamese developer. After a few copyright issues over the green pipes from the Mario series appearing in this game, it has been removed from the App Store by the creators’ own hands. Many people still have the game on their mobile devices before the game was removed, but with the iOS 11 update coming, those people won’t be able to play Flappy Bird anymore.

However, that does not mean you will not be able to play Flappy Bird one more time in your life. You can still play this game on some websites that offer free games like these: https://www.freegames66.com/flappy-bird

A classic puzzle game with a high difficulty level, this game requires players to be smart and figure out the puzzles in each stage. Even though the game stopped updating since 2013, it still has an incredibly large number of people playing it because of its charm.

Besides games, apps or other types are no exceptions either. An example being Youtube Capture, an app that allows users to freely edit, cut out and mix together multiple clips in your phone into a big clip and upload it to Youtube. This entertainment and content-sharing app are one of the top three 32-bit apps on the App Store.

This is a great app in the picture-editing section that allows users to customize the picture’s color, brightness… as well as letting users edit each individual part of the picture through adjusting the influence level by simply dragging the slide bar to the right so that the edited part will cause more of an effect. The app also lets users compare between the original picture and the picture that you had edited on the same screen to get a more general perspective.

Yet another 32-bit game that about to be deleted on iOS 11. Call of Duty: Zombies is an incredibly fun survival shooter game filled with zombies. Even though the game hasn’t been updated since 2010, it’s still currently at this point a very popular game that received a lot of positive feedback from gamers.

This type of game is on the top 5 in terms of download rate across the 32-bit games. That is somewhat reflected on how great the game is. The game’s visuals are simplistic but the game itself is very addictive. If you have ever played Jenga in real life with your friends then this game will let you experience those fun moments through playing on the phone. With it also being on a 32-bit platform, we’ll soon have to say goodbye to this game iOS 11 updates comes out as well.

The last game that runs on a 32-bit platform that I want to introduce to you in this review is called Ridiculous Fishing, an interesting fishing game with a play style unique to other fishing games.

This game hasn’t been updated for 4 years and still many people know about it. It was originally just a flash web game before it was made and put on the App Store. The game has even won the Apple Design Award in 2013.

Even though we know that Apple is making these changes to lead people to newer technology as well as optimize their company’s product. However, there will still be a lot of dissatisfaction from users of the iOS operating system as these are only 7 apps out of the thousands of other apps.  Hopefully, the developers will update their products to the 64-bit platform so that users can continue using these apps on iOS 11.