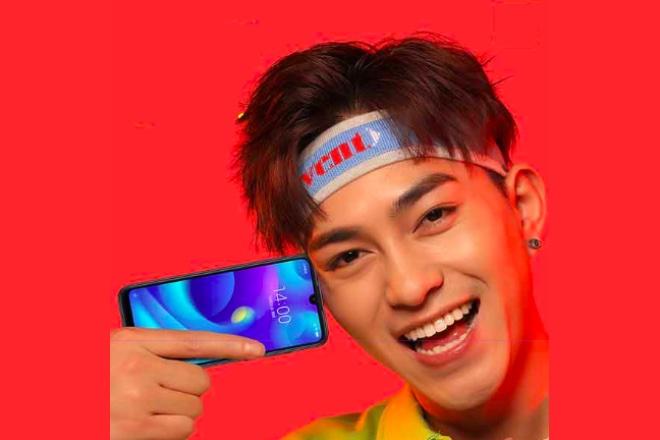 The Chinese smartphone maker Xiaomi has confirmed that it’ll be unveiling a new smartphone, dubbed as Mi Play in its homeland. While the launch is set for Dec 24, the company has already started teasing the phone in posters.

The teaser showcases the upcoming Xiaomi Mi Play smartphone in a gradient Blue version. One can see the new water-drop notch on the top while the back seems to be constructed out of glass. It looks like the company is pacing to keep up with the current design trends.

However, the bottom chin is quite evident and hampers the beauty of the handset. Furthermore, the back houses a vertically stacked pair of dual cameras, alongside a fingerprint scanner and Xiaomi branding. It looks quite modern and will be Xiaomi’s first phone to sport a water-drop notch design.

To recall, the device was spotted previously on TENAA with model number M1901F9E but was mistaken to be the Xiaomi Redmi 7 Pro.

The Chinese text on the posters hints at the presence of Qualcomm Snapdragon SoC, along with good audio and dominant display.

For photography, the handset will be getting a dual camera setup at the rear. The configuration will comprise of a 12-megapixel primary shooter coupled with an 8-megapixel secondary shooter. Moreover, there will be an 8-megapixel shooter up front for selfies.

It is expected that the Xiaomi Mi Play will come in three RAM and storage variants including 4/64GB, 6/64GB, and 6/128GB options. It is also speculated to get a microSD card slot with support for 256GB storage expansion. One will be able to choose from Black, Dream Blue, and Dawn Gold colour options.

The terminology suggests it to be an affordable gaming smartphone, just like the Honor Play. But then again, we already have Poco F1 and Black Shark at different price brackets. Given that the launch is near let’s wait for it to reveal exact information about the smartphone. Stay tuned for further updates.