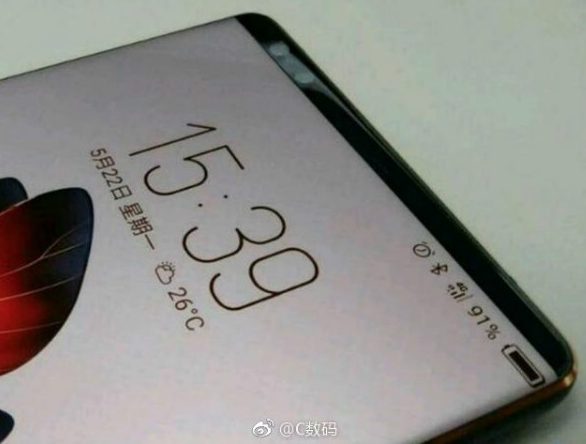 There are a lot of rumors which are currently flooding the website regarding the launch and specs of Xiaomi Mi MIX 2 smartphone. And to join this league of speculations, a new leaked image of the Mi MIX 2 smartphone revealing the front panel has surfaced online on Chinese microblogging website Weibo

The leaked image indicates that the Mi MIX 2 smartphone will feature a humungous display which seems to have a resemblance to it predecessor. However, the bezel on the panel appears to be extremely thin with no home button and fingerprint sensor on the front. Moreover, the front panel also indicates that the Mi MIX 2 smartphone will come with some curved edges on either side of the screen resembling the displays on LG G6 and Samsung Galaxy S8/S8+. 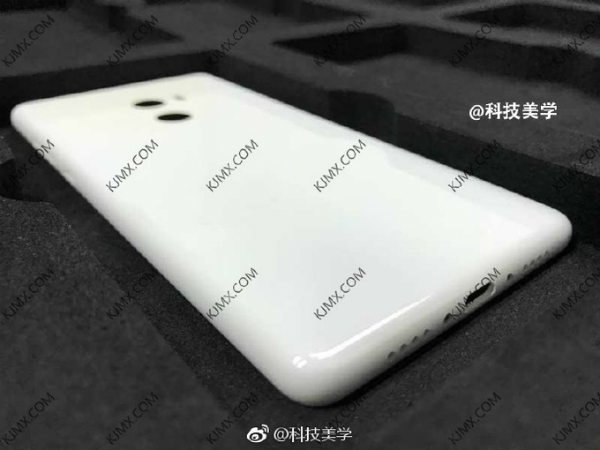 Weibo also shows an image of a white colored back panel of Mi MIX 2 smartphone recently. The back panel packs a seamless unibody and rounded edges with two circular holes on the top part, indicating a dual-camera setup and fingerprint scanner. Moreover, the back panel also shows connectivity ports, a Type C USB port, and speaker grilles are placed at the bottom.

The Xiaomi Mi Mix 2 is scheduled to launch in China on September 11. The smartphone is expected to be featured with a 6.2 inches IPS LCD, Snapdragon 836 Chipset paired with Adreno 540 GPU. The phone may come in two RAM and ROM variants i:e 4GB/128GB and 6GB/256GB and will runs on Android 8.0 Oreo with custom MIUI 9 on the top.

The Mi Mix 2 may equip with a dual 16MP camera on the rear which comes with a phase detection autofocus, and dual-LED (dual tone) flash. Whereas up front, the phone will pack with a 13MP sensor with F/2.2 aperture. The phone will also have a Fingerprint sensor on the back and fuel by 4400 mAh battery which comes with Quick Charge 3.0 technology.