We all love to take selfies (unless you are me!) more frequently and this greed of taking selfies forced the smartphone manufacturers to focus more on the front facing camera and not the rest of the phone! Vivo is a brand which promises camera and music in its smartphones and continuously releasing smartphones with a good front camera only and ignoring the rear camera or other aspects of the smartphone.

Vivo Y66 is a unibody design smartphone with a white front panel which holds the 5.5 inches display and navigation buttons. Above the display is the 16 MP camera and the Moonlight flash along with the earpiece. The right edge holds the power button and volume rocker while the SIM card tray is on the left side. The loudspeaker, micro-USB port, and headphone jack can be found on the bottom edge of the phone.

The back of the smartphone is the simplest one I saw in a Chinese-branded smartphone; two antennae bands on top and bottom part, camera on the top left corner with LED flash and Vivo branding in the center. Overall the design of the smartphone is ordinary and has nothing new to compare it with previous Vivo smartphones.

Vivo Y66 features a 5.5 inches HD IPS display at a pixel density of 267 pixels per inch; the display is not layered with any protection. The phone is powered by a 1.4 GHz Octa-core MediaTek MY8750 processor which is paired with 3GB RAM and 32 GB internal memory which can be expanded to 128 GB using the SD card slot.

The Vivo Y66 comes with Android 6.0.1 Marshmallow which is layered with Funtouch OS 3.0 user interface which provides a nice look to the smartphone and makes it fluid to use. It includes all the basic sensors for a smartphone except the fingerprint sensor (even Rs. 8,000 smartphones got one). The battery in this smartphone is 3000 mAh and can easily give you one and a half day of battery power on light-medium usage.

The front facing camera is the best part of this smartphone (according to Vivo); the front-facing camera on this smartphone is 16 MP with a Moonlight Glow flash. Vivo says on its website that Moonlight flash provides a professional studio effect, but in our testing, it adds nothing major to the pictures. Only the Moonlight flash degrades the effects on beauty mode and warms the colors in pictures a little bit. 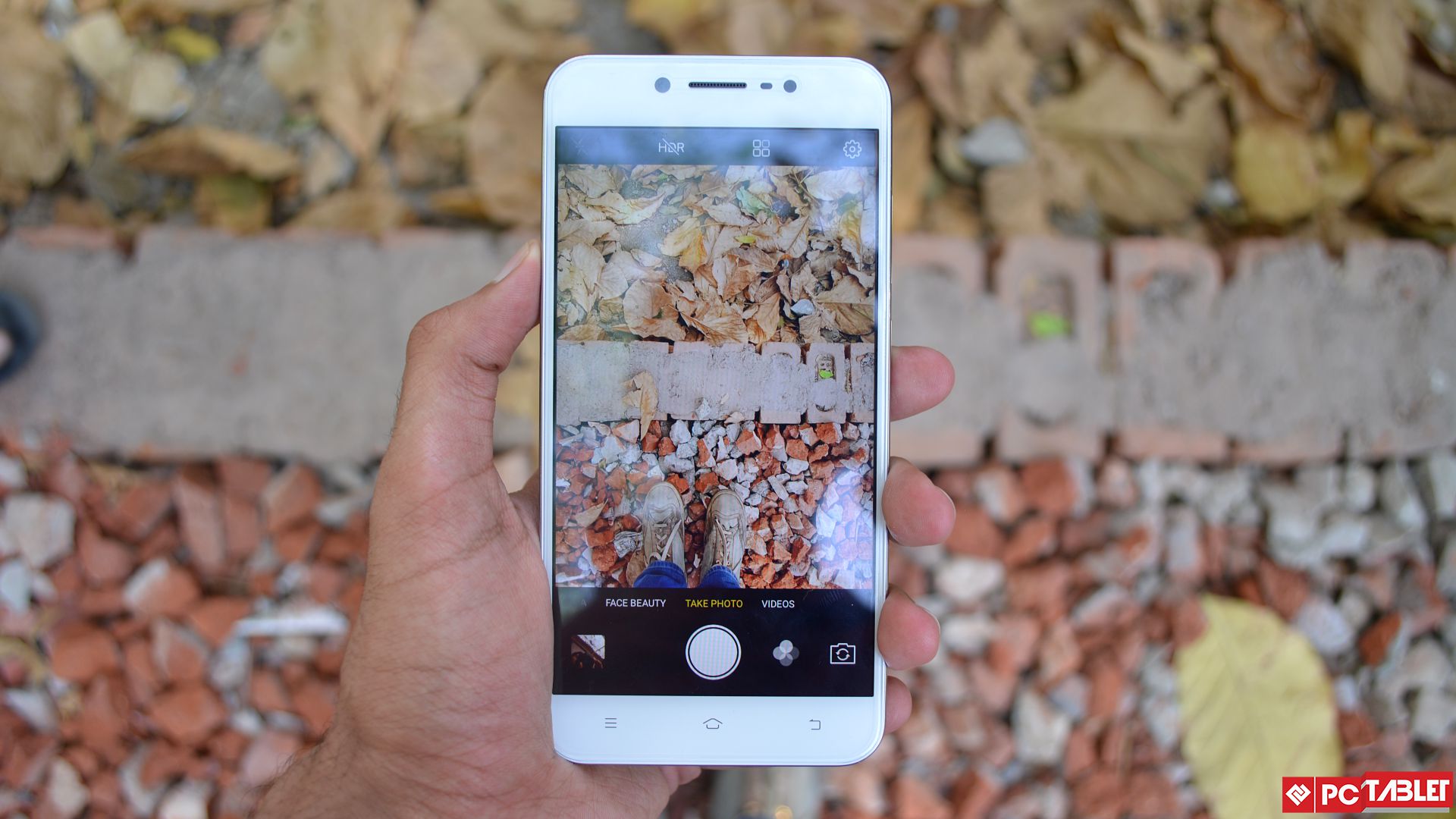 The back camera is 13 MP and it also shows nothing different, also the pictures are not very much detailed. The pixels get smoothed which gives an effect on the images from both the cameras and the color contrast is also not very good. Overall this is not what I expected from a 13MP rear camera and 16 MP front facing the camera at this price range and when Vivo says “camera and music.”

As far as the performance is concerned, I expect this phone to run most of the memory heavy apps excluding the high-end games like Asphalt 8 or Modern Combat 5. I am quite satisfied with the performance, and it performed well in tests too. In Geekbench 4 we got the score of 580 in the single core which is the lowest in comparison to any smartphone listed. The multi-core score is 2353 which is near to the multi-core score of Samsung Galaxy S5.

Vivo Y66 is perfect for low-mid usages like social media apps, mid-end games, and some multitasking. It performed well in multitasking; it can handle various apps easily including multiple tabs opened on any browser. So if you are a person with low-mid performance expectation from a smartphone then Vivo Y66 is the perfect smartphone for you (only it doesn’t come with fingerprint sensor).

The part of the smartphone which impressed me a lot is the battery; it easily can give a backup of two days with only calling (not continuously). If using 3G data, then also it can give a perfect day without dimming your display brightness or trigger on the Low Power Consumption mode. 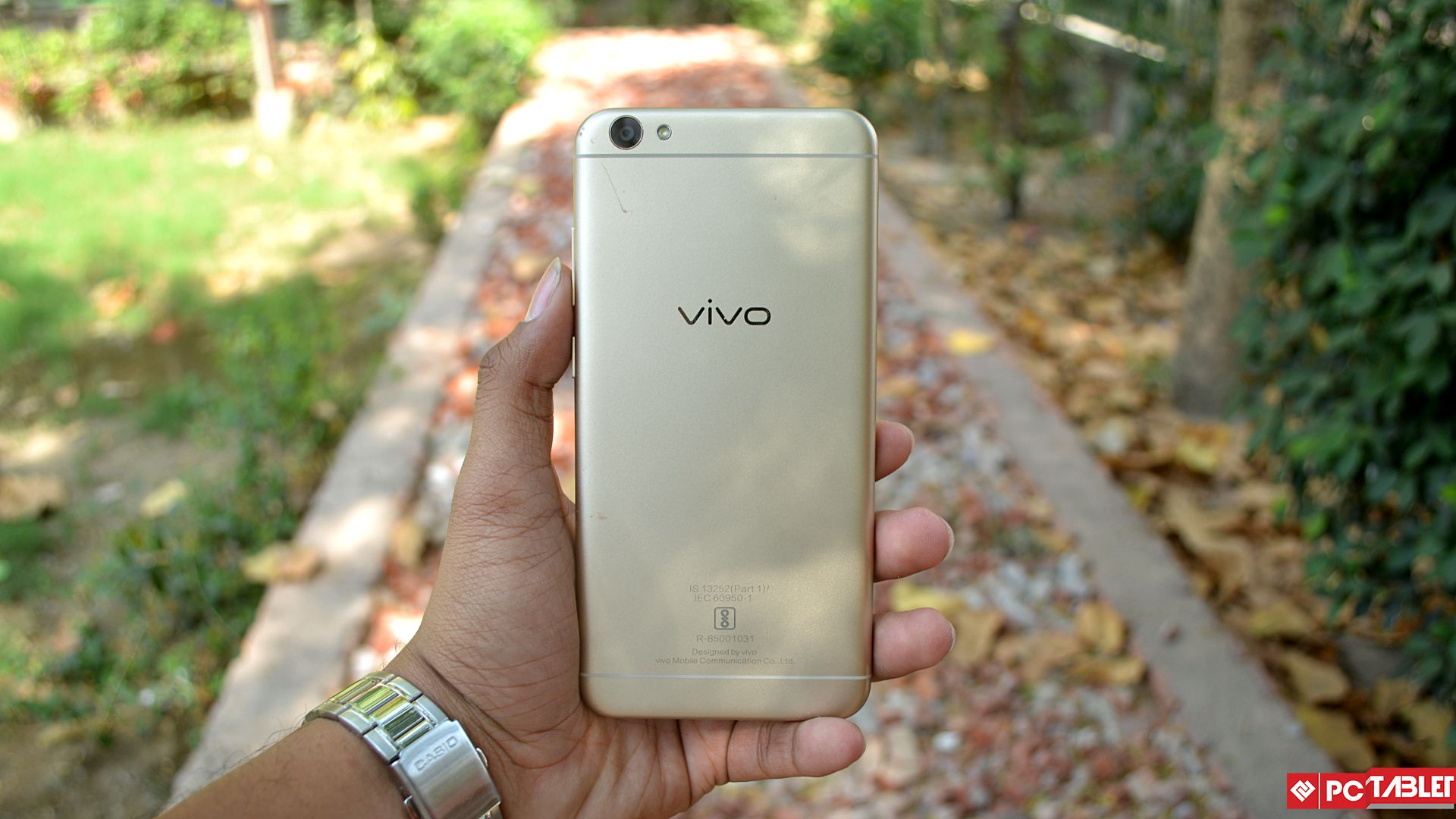 Vivo Y66 is a Rs. 14,990 smartphone and it does not provide the full value for money because it lacks some features which Vivo should have provided. Smartphone users today don’t want a selfie camera with flash to be the only feature in a smartphone, they want a smartphone to provide all the necessary features like a Full HD display, a fingerprint sensor, and a decent camera.

I don’t know why Vivo is focusing only on the front facing camera in a smartphone with a price tag of Rs. 14,990 and haven’t added a fingerprint scanner? I mean, a Rs. 8,199 Coolpad Note 5 Lite has a fingerprint scanner. So if you are planning to buy Vivo Y66 just for the 16 MP camera with Moonlight flash than its okay, otherwise there are a lot of better options from Xiaomi and other manufacturers available in this price range.