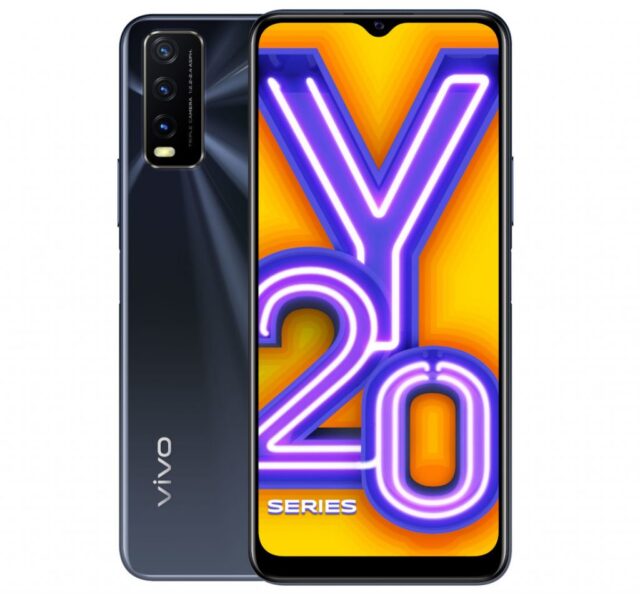 Vivo has launched the new Y20A smartphone in India which comes across as the latest addition to its ‘Y’ series of smartphones. The new Y20A joins the Y20 and Y20i phones which were launched just months back in the country. Also, at Rs. 11,400, the new Y20A comes with a decent set of specs which does not actually set things on fire but is par for the course.

To get to the specs in detail, the front, as already stated, gets a 6.51-inch HD+ display having 1600 x 720-pixel resolution and a 20:9 aspect ratio. Also, the company is calling it the Halo iView display with a waterdrop notch at the top and quite a thick chin at the bottom. Bezels along the sides are however almost negligible and manage to enliven the looks from the front.

Under the hood, the Y20A comes with a Snapdragon 439 chipset coupled to a 3 GB LPDDR4x RAM and 64 GB of native storage, the latter again being expandable via microSD cards. The phone runs the company’s Funtouch OS 11 based on Android 10. For security, there is a side-mounted fingerprint sensor.

Coming to optics, the phone comes with a 13 MP primary camera with f/2.2 aperture and PDAF support. Complimenting the same is a pair of two 2 MP cameras for macro shooting and depth mapping. The front gets an 8 MP selfie shooter of f/1.8 aperture.

Connectivity is in the form of Wi-Fi 802.11 ac, Bluetooth 5, GPS/ GLONASS/ Beidou on top of dual 4G VoLTE support. There is a 3.5 mm headphone jack as well along with a built-in FM radio. A micro-USB port serves both data syncing and charging roles. Powering the entire device is a 5000 mAh battery backed by a 10W charger.

The new Y20A comes in shades of Nebula Blue and Dawn White. The phone is all set to be available in India starting January 2, 2021, from all major online and offline retails outlets across the country, including the company’s own Vivo India E-store.