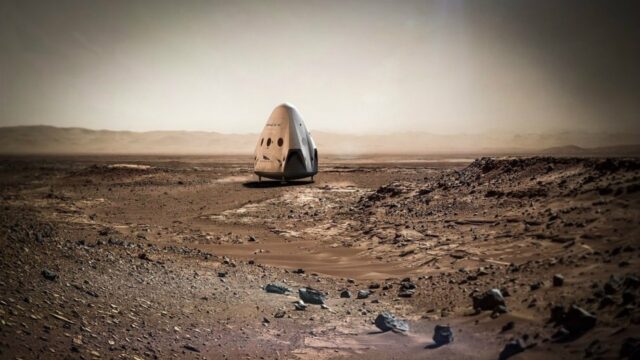 Confirming to all those long-standing rumors and notions, the US-based space agency NASA yesterday has officially declared that the American commercial space company – SpaceX has clued-up the agency about pitting its Red Dragon program on the back burner officially. As announced by the Space Exploration Technologies Corporation or SpaceX earlier this year, its keenly awaited Mars exploration mission – Red Dragon Program is postponed from 2018 to 2020. Now in a new official confirmation, the US-based independent space agency NASA, which is also a partner of SpaceX in its Mars exploration mission, has confirmed that SpaceX has slowed down its Red Dragon Program.

The new declaration of NASA has confirmed the long-standing rumors and suspicions that SpaceX is amending its proposals and programs to start shipping the robotic Landers to Mars. The Red Dragon is an automatic and unmanned console of the Crew Dragon capsule, designed by SpaceX for sending low-cost Martian Lander missions atop Falcon Heavy rockets to the Red Planet. While earlier, the mission was scheduled to take wings in May 2018, earlier this year, the California-based commercial space agency confirmed its postponement and said that, instead of 2018, the Lander would take off in 2020.

Under the terms and conditions of the Space Act Agreement, signed between NASA and SpaceX, the government has approved to supply navigation and communications services to SpaceX for the Red Dragon mission.

According to the statement, given by Jim Green, the chief of NASA’s planetary science division to Spaceflight Now,

SpaceX has confirmed NASA that it has “put Red Dragon on hold” as it is a bit too ambitious. We are ready to have a detailed discussion with Elon Musk whenever he is available to speak to. Now it’s really up to him what he’ll do.

To those unknown, the primary objective of the original Red Dragon mission was to examine the techniques and technology for penetrating the Martian atmosphere with a set of equipment that will be later usable by human crews. Then the California-based space company extended the mission objective to bring back Martian samples to the earth.

Through the Space Act Agreement, NASA initially was decided to help SpaceX to navigate Mars, to get the Lander to the top of the Martian atmosphere, and help it to make a soft landing. But now, as the mission is on the back burner, the constancy of the treaty has also become questionable now.