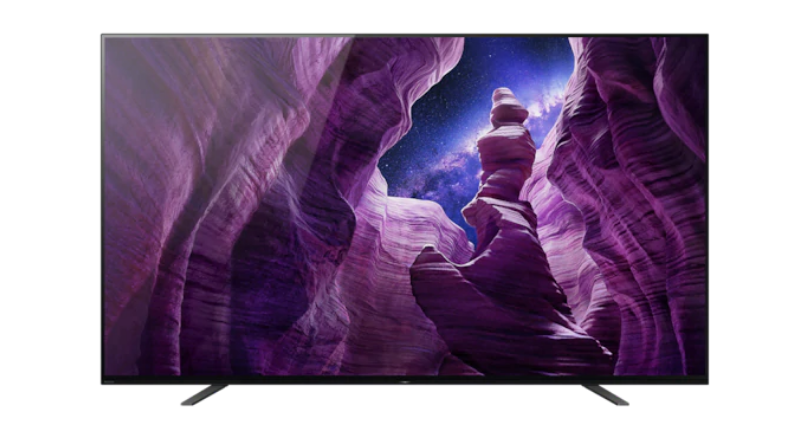 Sony has added the new 4K HDR A8H series OLED TV to its smart TV portfolio in India. Available in 65-inch form factor, the smart TV boasts of stunning pictures and equally captivating sounds that make for one of the best entertainment packages that you can have in the segment.

Another unique aspect of the new Bravia A8H is that it comes with a picture mode that Sony said has been developed exclusively for watching Netflix Originals. Named Netflix Calibrated Mode, the feature aims to offer the same quality of the picture as the content has been shot in. Also of course there is the High Dynamic range as well as Dolby Vision to allow for top-quality pictures.

Also, as stated, the new A8 Series isn’t just about breathtakingly beautiful pictures as a similar effort has also been put in to ensure the sound quality of the highest order. For that, it comes with Acoustic Surface Audio that is backed by a twin subwoofer setup for rich bass output. There also is an actuator behind the screen that vibrates to let you have the feel of the sound actually coming from the portion of the screen where the action is happening.

Then there also is the ambient optimization tech which acts to adjust the picture and sound to match the environment you are in so that you have the most optimum viewing and listening pleasure. For instance, if it is dark around, the contrast and brightness will adjust automatically to ensure pictures don’t seem too bright.

Similar is the case with sound output. There are built-in sensors that detect the sort of objects there are in the room and the effect it might have on the sound output. The TV then adjusts on its own to ensure you have the best possible audio that goes with the sort of images being shown. The Dolby Atmos sound also adds to your audio pleasure.

Further, the Android powered TV supports more than 5000 apps while the integrated voice assistant lets you have hands-free operations as you just need to ask the TV what content or app you’d like to view. It being compatible with Apple AirPlay 2 and Google HomeKit makes the smart TV to integrate easily into the smart environment already prevalent in your home.

Coming to its price, the new Sony Bravia A8H will set you back a cool Rs. 279,990. It is available via Amazon.in and ShopatSC.com along with Sony retail stores and almost all major retail outlets in the country.