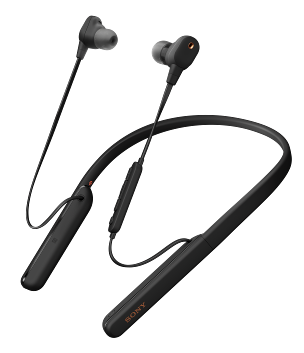 The popular electronics brand Sony has now unveiled a new pair of wireless in-ear noise cancellation headphones in India, dubbed as Sony WI-1000XM2. These wireless headphones are the successor to the older WI-1000XM1 and are equipped with features like Bluetooth 5.0, Adaptive Sound Control and Dual Noise Sensor technology.

The Sony WI-1000XM2 wireless headphones feature a soft-silicon neckband design with angled earbuds for comfortable and snug fit. They are powered by HD NC QN1 processor which works in conjunction with dual noise sensor technology to prevent ambient noise from entering the ear.

There’s also an Adaptive Sound Control for smart listening, wherein the headphones automatically adjust ambient sound based on the user’s activity. It apparently detects whether a user is travelling, walking or waiting and then tweaks the output automatically by changing the headphone sound settings and the background sound volume to allow voices to be heard.

These new Sony headphones also support hi-res audio with a frequency range of 3Hz to 40,000 Hz. And then there’s a built-in microphone, touted to be compatible with Amazon Alexa and Google Assistant. It takes around 10 minutes of quick top-up through the given USB C port for them to return an 80-minute of playback time. When fully charged, you can expect a total playback time of around 10 hours. 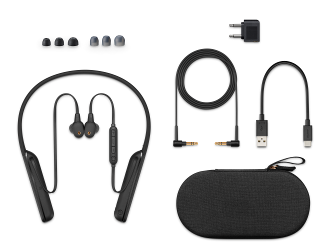 While it uses Bluetooth v5.0 for the wireless connection, users can also use the detachable 3.5mm headphone jack for wired usage. Other specs include support for
SBC, AAC, and LDAC codecs followed by A2DP, AVRCP, HFP, and HSP profiles.

The Sony WI-1000XM2 in-ear wireless headphone has been priced at Rs. 21,990 in India. It’ll be sold in a single black variant, across all Sony centres, followed by major online and offline retail channels starting today (Jan 6) in the country. Alongside the product, Sony will also be bundling a soft Carrying Case, a USB cable, In-Flight Adaptor, and an Aux Cable.