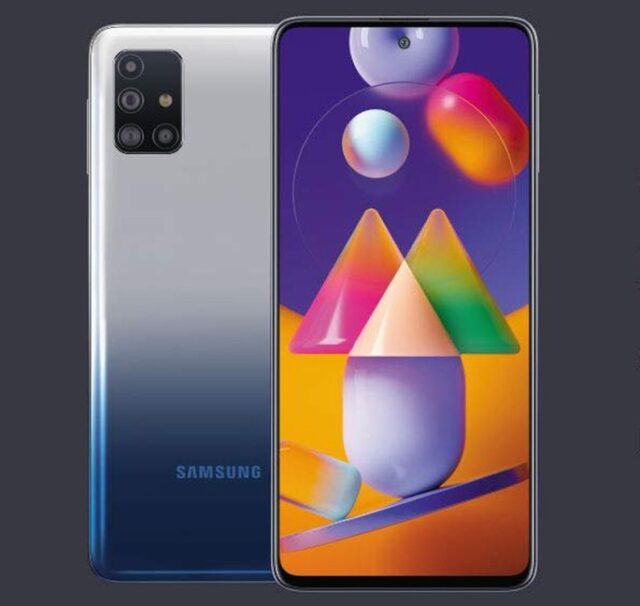 The hotly anticipated Samsung Galaxy M31s has finally been launched in India. The phone makes for another compelling choice in the mid-range segment and is the successor to the extremely popular M31 that was launched just in February 2020. Now, five months down the line, we have the new Galaxy M31s that comes with some class leading features such as Single Take along with a massive 6000 mAh battery.

The front is dominated by a 6.5-inch sAMOLED Full HD+ Infinity O display, which means a hole punch to accommodate the selfie cam. Powering the device is the same Exynos 9611 processor even though an upgrade here could have been really nice. The phone otherwise is available in two variant having 6 GB and 8 GB of RAM though both come with 128 GB of native storage.

A quad-camera setup again is the only thing that features on the rear, with the Samsung logo embossed along the rear bottom. The camera module comprises of a 64 MP primary sensor, a 12 MP ultra-wide angle sensor, along with two 5 MP sensors for macro shots and depth mapping. A 32 MP sensor at the front serves as the selfie cam and is capable of 4K video shoots and slo-mo selfies.

Samsung said the basic camera hardware is just a part of the story as it comes backed by its Intelli-Cam features which ensure excellent quality shots in varying conditions. The Single Take feature will allow the phone to capture footage spanning 10 seconds. Thereafter, the footage is processed by AI based software to provide for 10 options – 7 still photos and 3 videos.

Then there also is the Custom Filter feature which is another customization option users have to play around with their photos. Mention must also be made of the dedicated Night Mode as well which allows for nice quality shots even in dark conditions.

Another highlight of the phone is its 6000 mAh battery backed by 25 W fast charger while the phone supports reverse charging as well. For authentications, there is the side mounted fingerprint sensor.