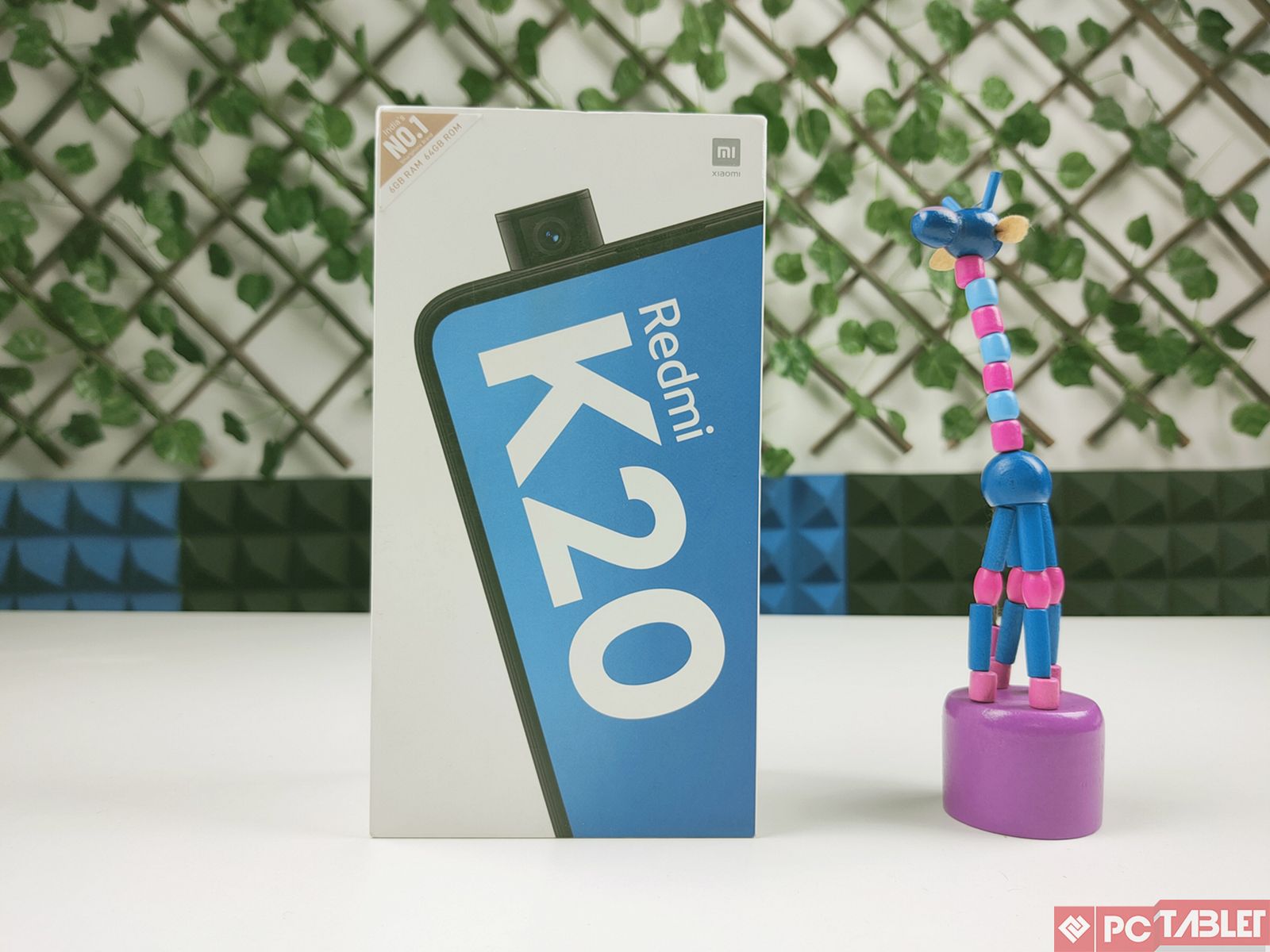 When Xiaomi launched the Redmi K20 Pro (review), it also unveiled a slightly cheaper version of the same, dubbed as Redmi K20. And as you’d acknowledge, both the phones are similar for the most part, except for little yet vital changes. That being said, does the Redmi K20 offer a similar experience to that of its elder sibling? And, is it the right phone to buy for a starting price of Rs. 21,999? Well, let’s check out the same in our full Redmi K20 review.

Before starting with the Redmi K20 review, let’s have a glance at the phone’s specifications, pricing and things we get with the device. 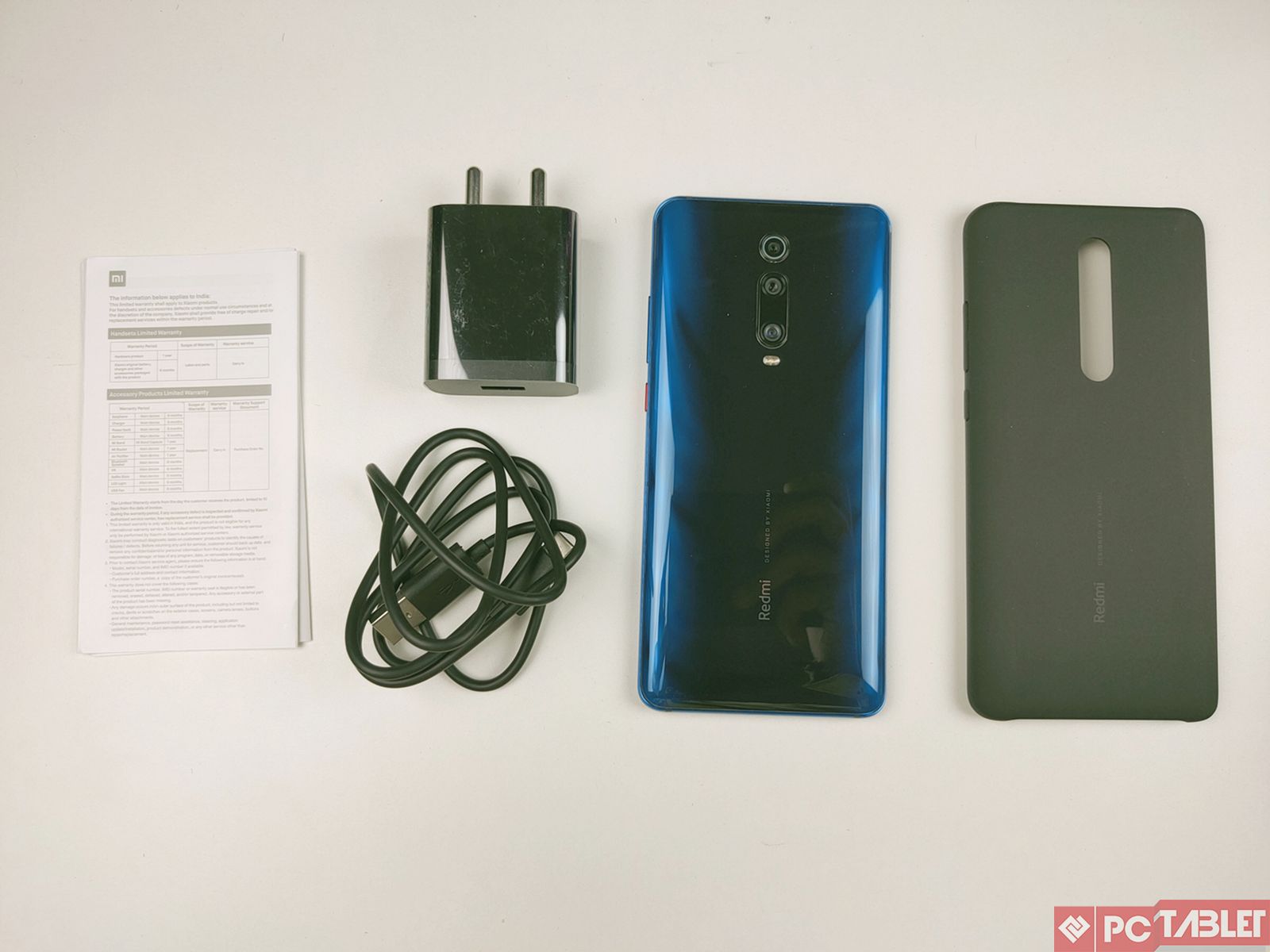 The Redmi K20 gets an almost identical design to the K20 Pro. It gets a glass-metal construction held by a Series-6000 Aluminium frame with both the front and rear being protected by Corning Gorilla Glass 5. Just like the Pro, the phone comes in three colors, including Glacier Blue, Flame Red, and Carbon Black options.

The Blue variant we have here looks quite flashy with aura glow patterns running around the edges. And, the segregated camera module with bright accent ring further adds to the overall design. I personally prefer the Carbon Black option over the other two for its more subtle and simple approach. Having said that, the phone weighs a little over 190 grams. Yet, the weight is distributed well and the curvy back makes it comfortable and grippy to hold. 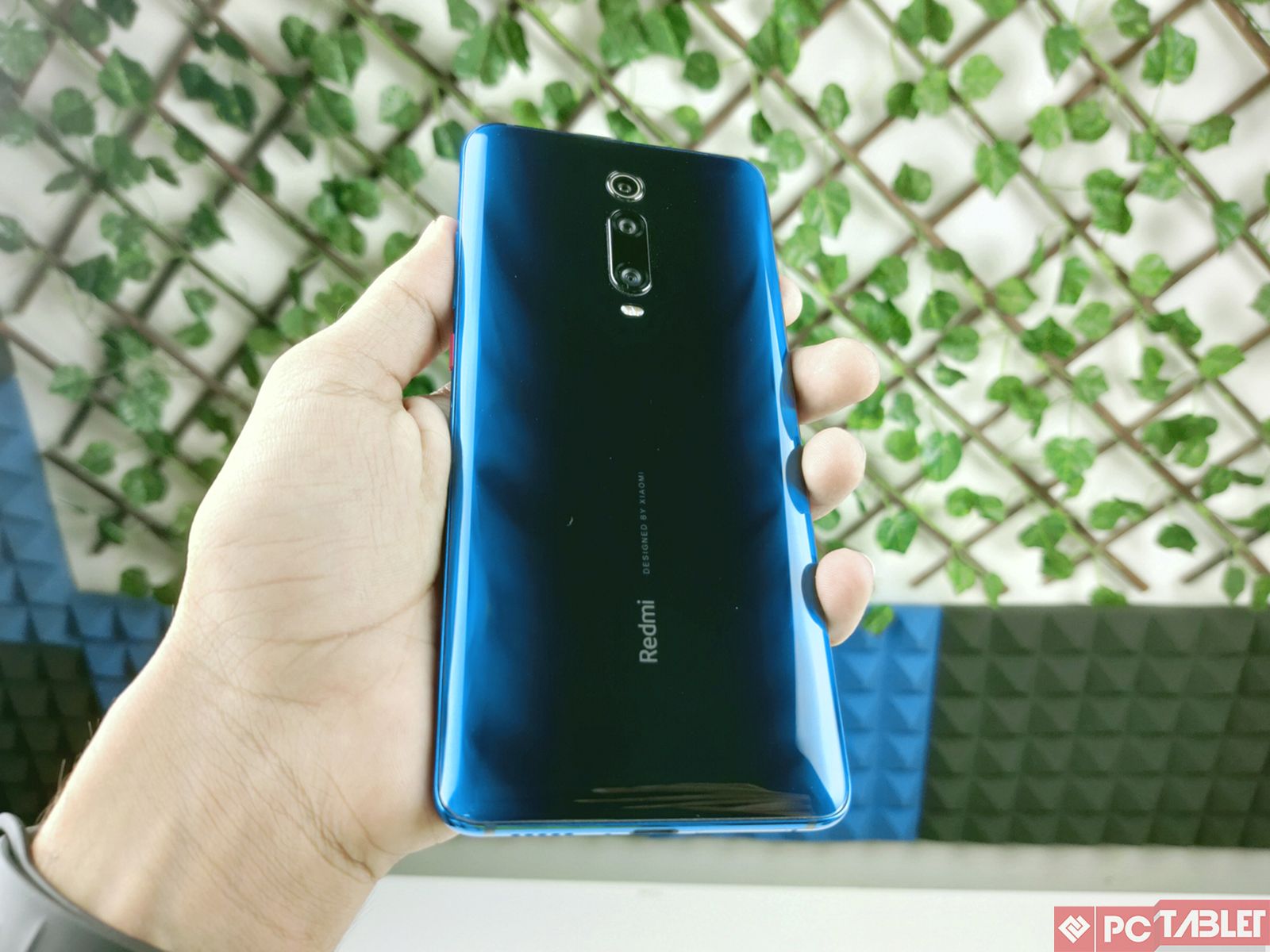 The power button and volume rockers are given to the right and are comfortable to reach. Interestingly, the former is painted in Red, just like the Huawei Mate 20 Pro. The 3.5mm audio jack and secondary microphone are situated on the top while the bottom houses the primary microphone, a loudspeaker grille, USB Type-C port for charging and the SIM tray.

The handset bears a pop-up camera module on the top, which automatically retracts back during an accidental free-fall. It also gets a built-in LED light which glows while the camera is being used (can be turned off as well), followed by a tiny hole on top which acts as a notification LED. Note that the phone doesn’t offer any type of IP rating. Instead, it relies on a P2i nano-coating and rubber-lined ports for protection against minor water splashes. 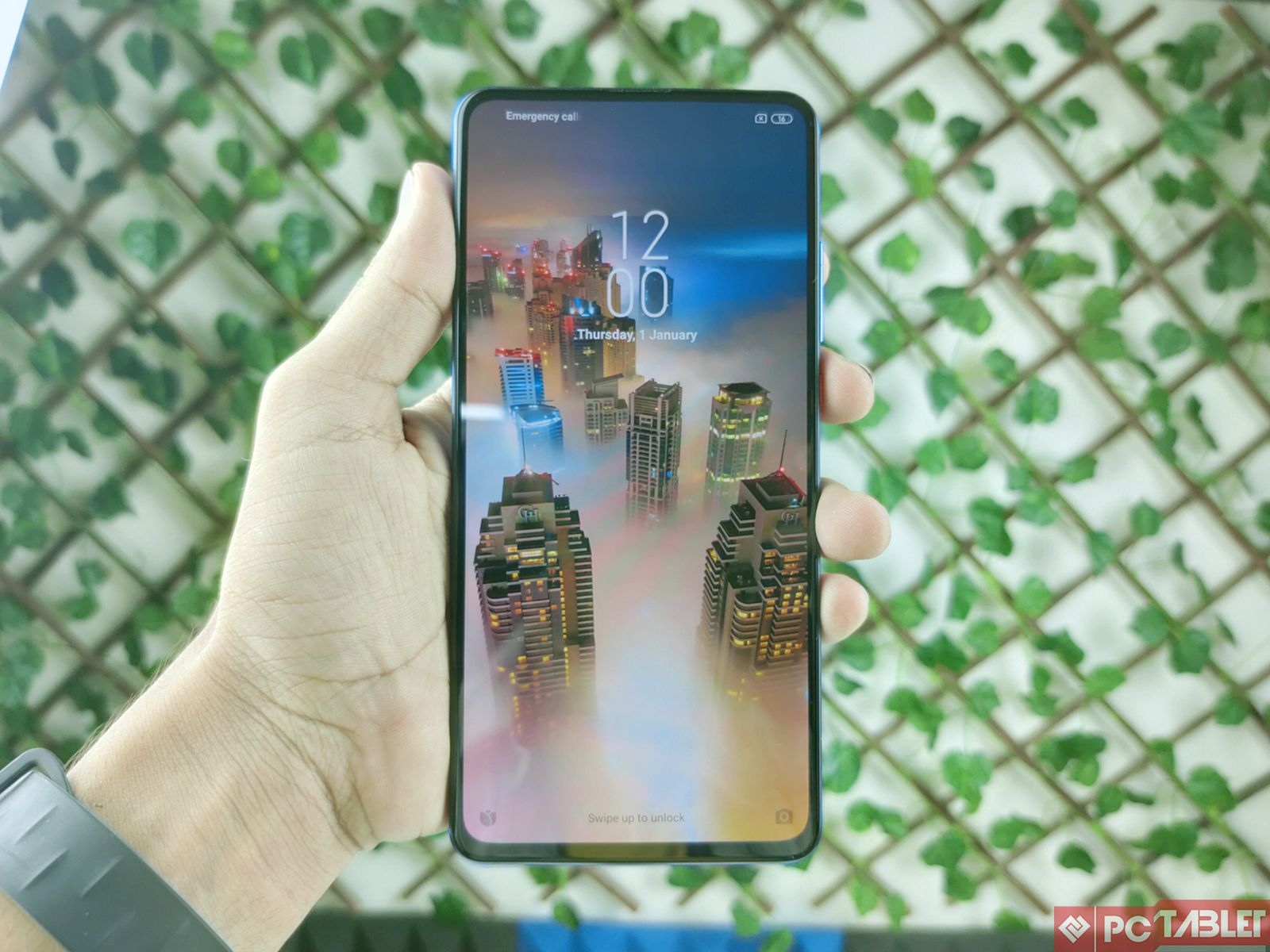 The Redmi K20 comes with a 6.39-inch Super AMOLED display with a Full-HD+ resolution and 19:9 aspect ratio. Akin to the Realme X, it’s an all-screen panel without any annoying cutouts or notches which aids for an immersive experience while playing games or watching videos. Plus, the phone also gets an in-display fingerprint scanner that works very well.

The display offers punchy colors, deep blacks, and spot-on viewing angles. The sunlight legibility too is great, and we had no issues while using it under direct sunlight. It also boasts support for HDR content and DC Dimming, making it one of the best displays in the segment.

Additionally, the K20 also touts support for Widevine L1 certification alongside the ability to stream HDR content on Netflix and Amazon Prime Video. Besides, there’s an Always-on display feature dubbed as an Ambient display for those who can’t live without it. 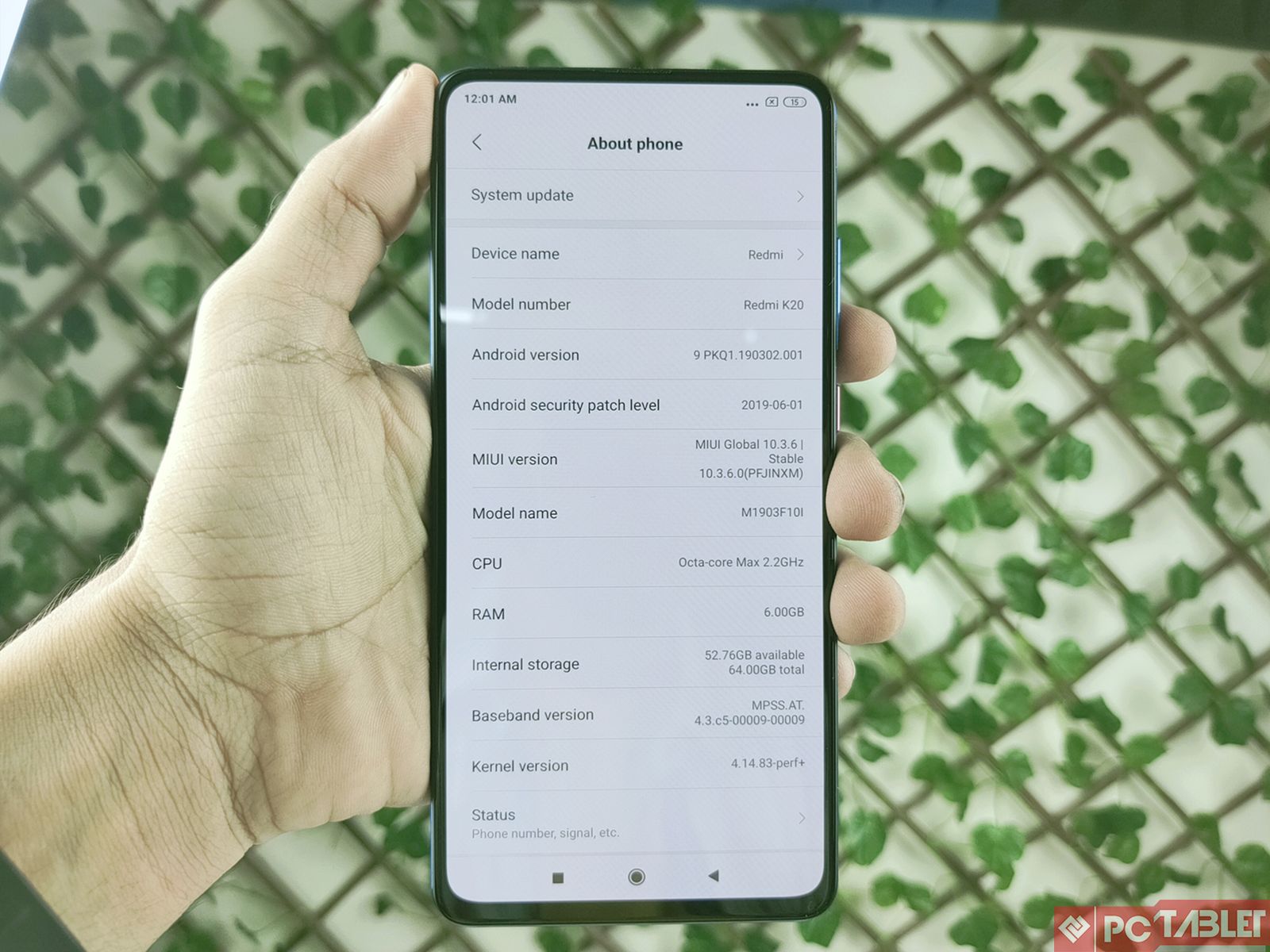 Under the hood, the Redmi K20 gets Qualcomm Snapdragon 730 SoC, coupled with 6/8GB of RAM and 64/128GB of internal storage. For starters, the Snapdragon 730 is a quite powerful chipset, scoring over 2,18,000 on the AnTuTu benchmark.

As you’d expect, the phone performs amazingly well in day to day usage. Be it clicking pictures, recording videos, surfing social media, browsing the web or editing videos- everything feels snappy with no lag whatsoever. Multitasking ain’t an issue either, thanks to the massive 6GB RAM.

The phone also impressed us in the gaming department. Games like PUBG Mobile and Asphalt 9 run lag-free even on medium graphics settings. Plus, the built-in Game Boost mode further adds to the overall experience.

Among other aspects, the bottom-firing single speaker sounds loud and crisp. However, it exhibits a lack of definition at high volumes. Moving further, the in-display fingerprint scanner works convincingly well and is usually quick to unlock. The Face Unlock, on the other hand, feels quite slow- even slower than the Realme X as the pop-up camera takes its own time to protrude over. 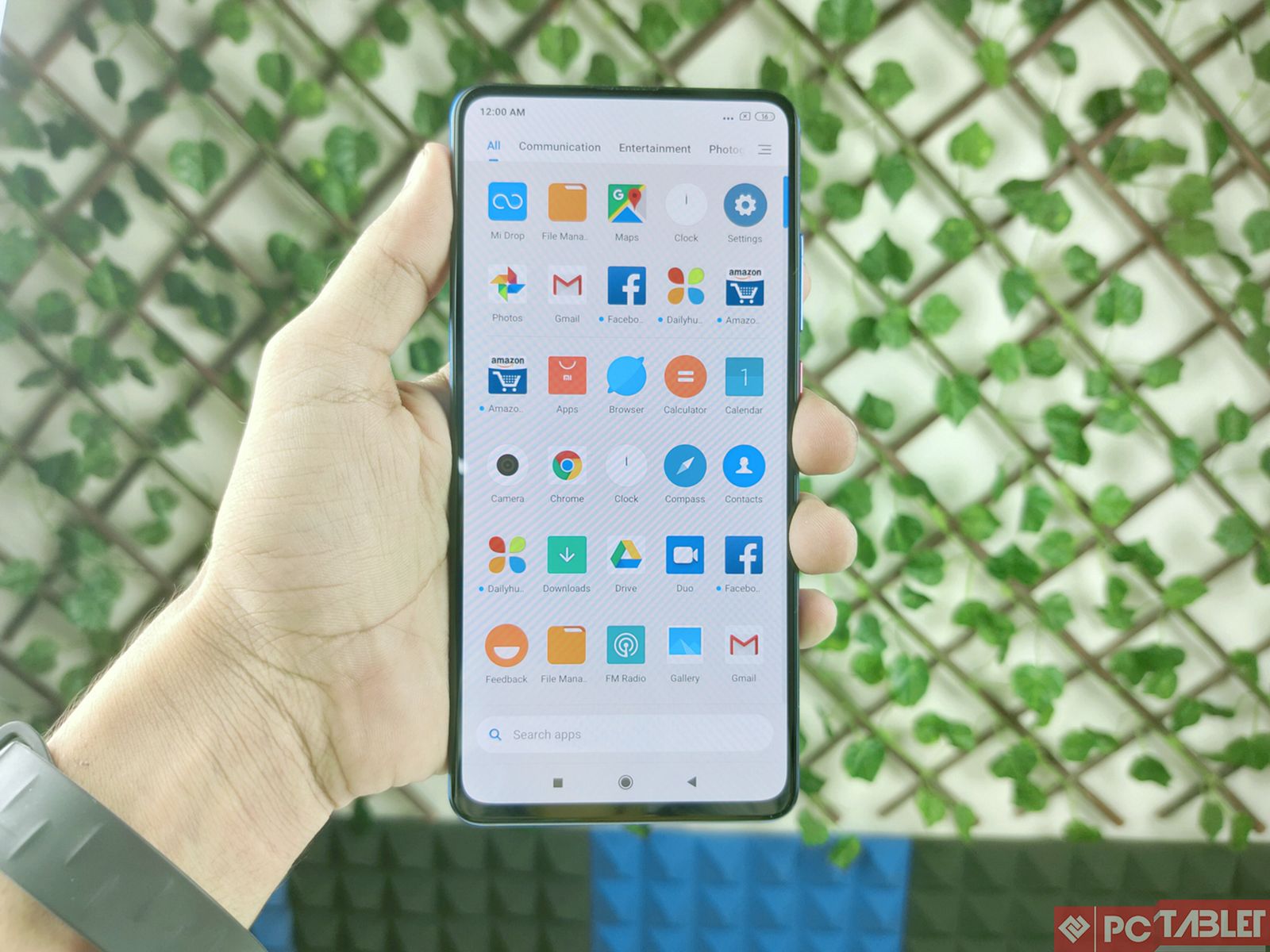 Akin to other Xiaomi phones, the Redmi K20 runs MIUI 10 based on Android 9 Pie. And thanks to the integrated Poco launcher, the UI does have an app drawer that appears upon a simple swipe on the home screen.

Besides, it gets certain useful features including Game Boost mode that enables special features like improved touch response in-game, nighttime visibility and more. Additionally, Xiaomi has provided a system-wide dark mode to utilize the AMOLED display for saving extra juice. The phone also gets full-screen navigation gestures which are optimized well.

On the downside, MIUI packs a lot of bloatware apps like Facebook, DailyHunt, Amazon, Google Duo, Paytm, WPS Office and more followed by a bunch of apps from Xiaomi like Mi Community, Mi Music, Mi Video, Mi Pay, and Mi Store among others. These apps get annoying at times with advertisements and spammy notifications, which is not the case with the competition.

All-inclusive, the MIUI offers tons of customization options despite being heavily skinned. But then again, if you are a stock Android lover, you’ll have a tough time getting used to it. 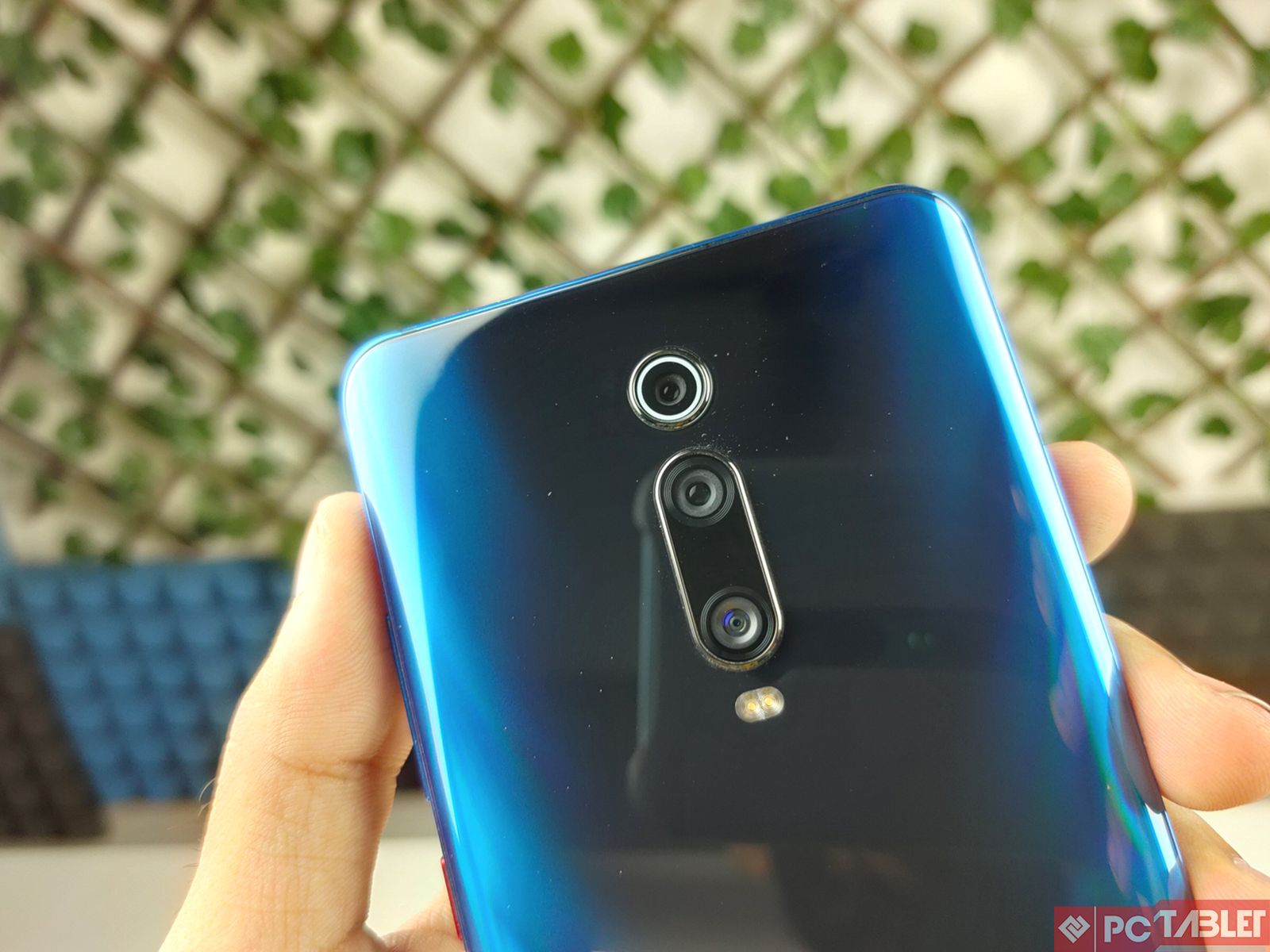 For photography, the Redmi K20 comes with a triple camera setup at the back. This includes a 48MP primary sensor with f/1.8 aperture, followed by an 8MP telephoto unit with f/2.4 for 2x zoom. Additionally, there’s a 13MP camera for wide-angle shots. However, note that the 48MP sensor used here is Sony IMX582, compared to the IMX586 used on K20 Pro. That being said, the phone flaunts a 20MP front camera with f/2.0 aperture for selfies, housed in the pop-up module.

With great camera hardware, the Redmi K20 clicks some amazing pictures in daylight. Photos are sharp, well-exposed and have a lot of detail on offer. However, the phone tends to soften the edges of objects, especially in closeups. Also, it has a tendency to oversaturate images by default which can be rectified by disabling AI mode in the camera. 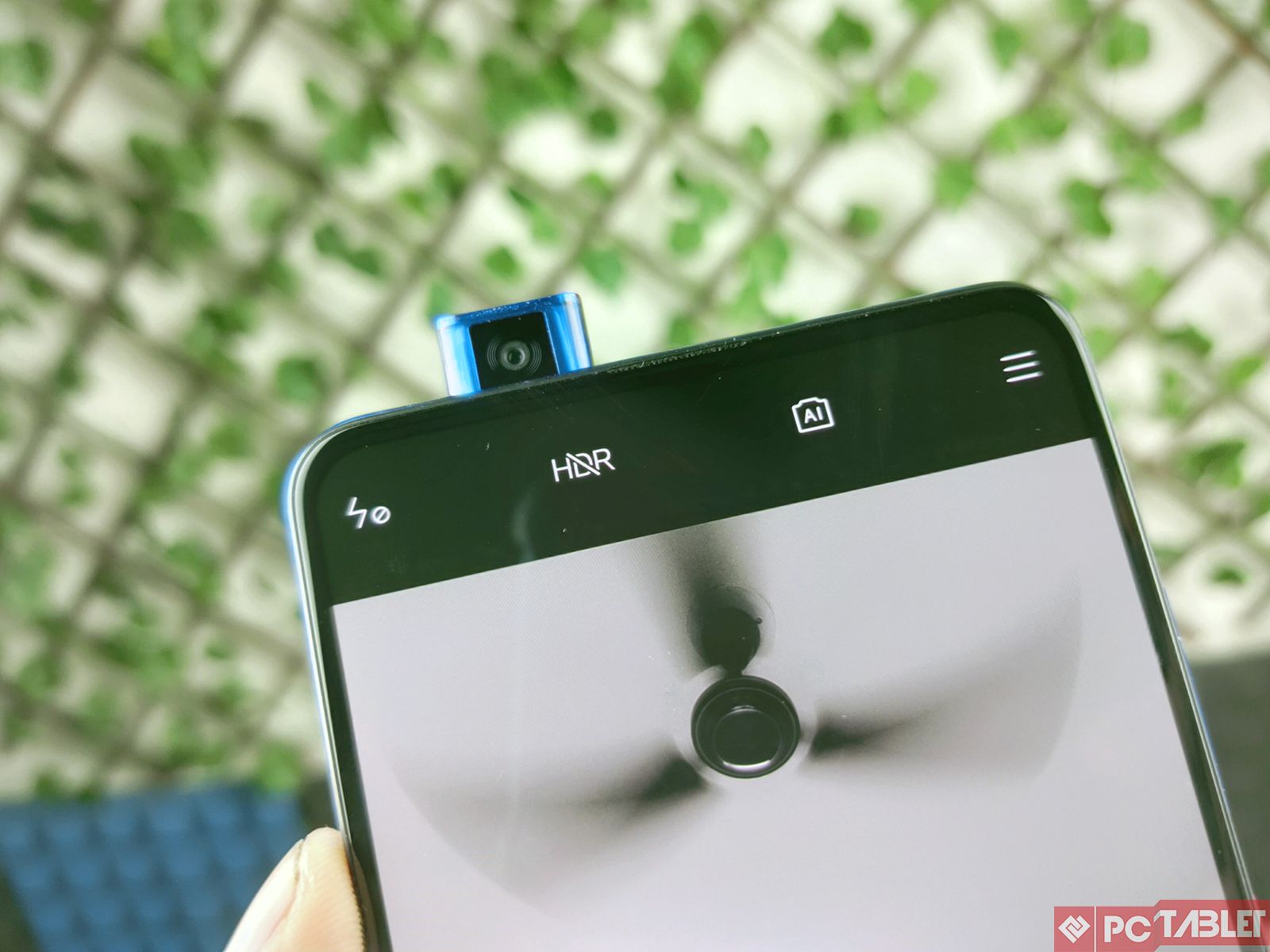 Just like other phones with 48MP cameras, the K20 shoots 12MP pixel binned shots by default. And while the 48MP mode offers better details and less pixelation, we prefer the default mode for contrasty pictures. Speaking of the low-light performance, the device clicks just usable pictures, nothing special here. However, you can toggle the Night Mode on which tends to offer better details but with slightly high levels of exposure.

The telephoto camera works very well in ideal lighting conditions. Whereas, in low-light, the phone uses its primary camera to crop the image when zoomed-in. The same sensor is also used while shooting portraits but if you don’t want the 2x zoom, you can toggle the ‘full body mode’ which again relies on the main camera.

Talking of portrait mode, the pictures have on-point edge-detection and a good amount of detail. The wide-angle camera, on the other hand, manages to grab plenty of detail with balanced exposure but suffers from visible lens distortion.

Selfies taken with the front camera seemed to be pretty good with a decent amount of detail and right skin tones. The background appeared washed out in some photos, though.

As for the video capabilities, the Redmi K20 can record 4K videos at 60fps from all three cameras. However, you can’t switch between cameras while recording the video, unlike some other phones. There’s no OIS on board and the phone relies on EIS for stabilization. The same is the case with the front camera which can shoot 1080p videos at 30fps. Furthermore, the phone also gets the 960 FPS slow-motion feature which while gets the job done, is nowhere near to the one offered by Samsung Galaxy S10.

The Redmi K20 flaunts a massive 4,000mAh battery that easily lasts for about a full working day on a mixed usage comprising of watching hours of Prime Video, playing PUBG Mobile, using GPS navigation, listening to music over Bluetooth and browsing the web.

The phone has support for 18W fast charging and you do get a compatible fast charger in the box. Using which, the phone manages to juice up from zero to 45 percent in about half an hour. A full charge, on the other hand, takes a little over 90 minutes.

Redmi K20 Review Verdict- Should you buy it?

For a starting price of INR 21,999, the Redmi K20 offers amazing value for the price you pay for. It gets an amazing display, smooth performance, and exceptional battery life- all of this without compromising on build and design.

Now, some might feel that it’s an overpriced phone, considering the fact that Realme X retails for just around INR 17,000. However, note that the K20 scores better in almost all aspects including performance, battery, and camera. So yeah, while the Realme X (review) is a beast in its own segment, it’s absolutely worth paying the premium for K20, if your budget allows for the same.