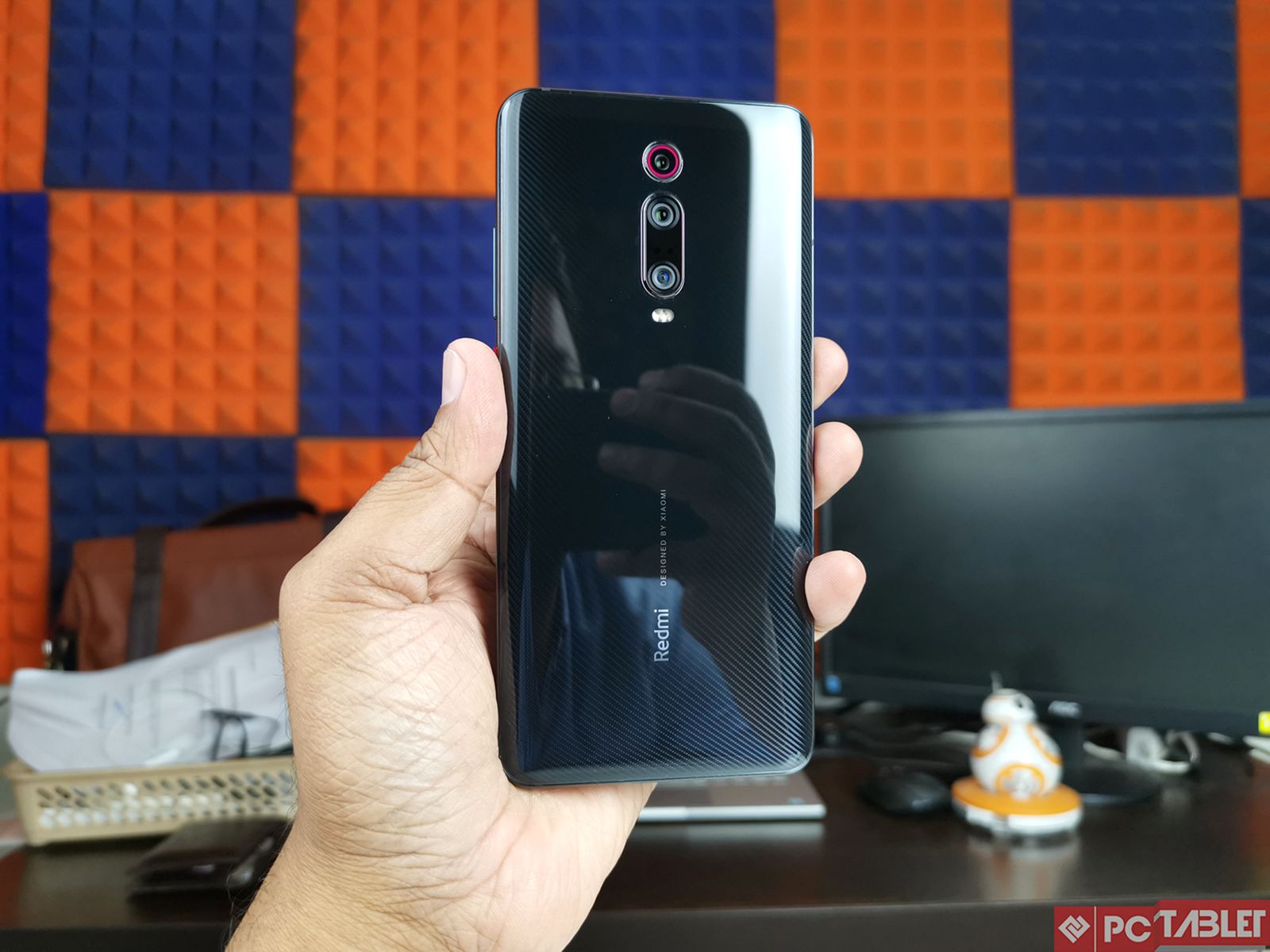 Xiaomi has been focussing on mid-range smartphones for a while now in India. However, after witnessing huge success with the Poco F1, the company has now taken a straight jump to the budget flagship segment, with the launch of Redmi K20 Pro.

At a starting price of Rs. 27,999, the Redmi K20 Pro tends to undercut the OnePlus 7, and the Asus 6Z by a significant margin, while still offering neck to neck competition if not better, at least on paper. That being said, is it really worth buying the Redmi K20 Pro over the competition? Let’s check out the same in our Redmi K20 Pro Review.

Before starting with the Redmi K20 Pro review, let’s have a glance at the phone’s specifications, pricing and things we get with the device.

While the Poco F1 came with rather boring design, Xiaomi has rectified the same by paying a lot of attention to the looks and aesthetics with the Redmi K20 Pro. Notably, the device has a glass-metal construction, with glass at front and back held by an aluminium frame. Both the front and rear are protected by Corning Gorilla Glass 5, aiding for peace of mind while using the device.

The phone comes in three colour options, including Glacier Blue, Flame Red and  Carbon Black. The Black variant we have here looks subtle and premium with the kevlar pattern laid inside. The curve at the back makes the device comfortable to hold in hand, and the segregated camera module with red accent ring further adds to the overall design. By the way, I recently checked out the other two variants at a nearby Mi Store, and to be frank, they are too flashy for my liking.

The power buttons and volume rockers are given to the right, with the former being well under reach. The 3.5mm audio jack and secondary microphone are situated on the top while the bottom houses the primary microphone, a loudspeaker grille, USB Type-C charging port and the SIM tray.

The phone also bears a pop-up camera module on the top, which automatically retracts back during an accidental free-fall. The unit gets a built-in light which glows while the camera is being used (can be turned off as well). And there’s also a tiny hole which acts as a notification LED. Note that the phone doesn’t come with any sort of IP rating. However, Xiaomi does say that it has a P2i nano-coating and rubber-lined ports for protection against minor water splashes.

The Redmi K20 Pro comes with a 6.39-inch Super AMOLED display with a Full-HD+ resolution and 19:9 aspect ratio. Similar to the Realme X (Review) and Asus 6Z, it’s an all-screen panel without any annoying cutouts or notches.

As for the quality, the display offers vibrant colours, excellent contrast levels, and spot-on viewing angles. The sunlight legibility too is great, and we had no issues while using it under harsh sunlight. The phone also gets support for HDR content and DC Dimming, making it one of the best displays in the segment.

As an added perk, the K20 Pro boasts of Widevine L1 certification alongside the ability to stream HDR content on Netflix and Amazon Prime Video. Xiaomi has also seeded in an Always-on display feature dubbed as Ambient display for better feasibility. All-inclusive, the all-screen front with minimal bezels at the top and bottom aid for an immersive experience when playing games or viewing videos on the device.

Under the hood, the Redmi K20 Pro gets powered by top of the line Qualcomm Snapdragon 855 SoC, coupled with 6/8GB of RAM and 128/256GB of internal storage. As expected, the phone offers top-notch performance and blazes through anything you throw at it. It handles day to day tasks like a breeze and multitasking ain’t an issue either.

The phone also shines when it comes to gaming, or we should say really heavy gaming. Games like PUBG Mobile and Asphalt 9 run lag-free even on the highest graphics settings. And the built-in Game Boost mode further helps the overall experience.

Among other aspects, the bottom-firing single speaker gets quite loud but exhibits a lack of definition at high volumes. In comparison, the stereo speakers on the OnePlus 7 and Asus 6Z offer better audio performance.

Moving further, the in-display fingerprint scanner works satisfactorily well and is generally quick to unlock. The Face Unlock, on the other hand, depends on the pop-up camera which takes its own time to posit and feels slower than the one on OnePlus 7 Pro, or even the Realme X.

Akin to other Xiaomi phones, the Redmi K20 Pro runs MIUI 10 based on Android 9 Pie. Thanks to the integrated Poco launcher, the UI does have an app drawer which appears upon a simple swipe on the home screen.

Amongst other features, there’s a Game Boost mode that enables special features like improved touch response in-game, nighttime visibility and more. Plus, Xiaomi has provided a system-wide dark mode to utilise the AMOLED display properly for saving some juice. The phone also gets full-screen navigation gestures which work flawlessly.

Unfortunately, the UI does pack a lot of bloatware like Facebook, DailyHunt, Amazon, Google Duo, Paytm, WPS Office and more followed by a bunch of apps from Xiaomi like Mi Community, Mi Music, Mi Video, Mi Pay, and Mi Store among others. These apps get annoying at times with their spammy notifications.

Overall, while being heavily skinned, MIUI offers tons of options for customisations. Nonetheless, if you are a stock Android lover, you’ll have a tough time getting used to it.

As noted, the Redmi K20 Pro features a triple camera setup at the back. It comprises of a 48MP Sony IMX 586 as the primary shooter with f/1.8 aperture, followed by an 8MP telephoto unit with f/2.4 for 2x zoom. Additionally, there’s a 13MP camera for wide-angle shots. Whereas, for selfies, the phone gets a 20MP front camera, housed in the pop-up module. The camera app incorporates smart AI scene detection and has multiple modes including Short Video, Slow Motion, Portrait, Night, Panorama and a dedicated Pro mode.

Images shot in bright lighting conditions are sharp, have plenty of detail and pop-up due to vibrant colours. And while the dynamic range is already good, the HDR mode further manages to rescue details from the shadows and expose the highlights in a better manner. While the phone shoots in 12MP by default, switching to the 48MP mode further helps in pulling out details, while showing signs of pronounced oversharpening.

The telephoto camera works as intended but is only functional in ideal lighting conditions. For the rest part, the phone uses its primary camera to crop into the image. The same sensor is also used while shooting portraits but if you don’t want the 2x zoom, you can toggle the ‘full body mode’ which again relies on the main camera.

The wide-angle camera too manages to grab plenty of detail and dynamic range but suffers from visible lens distortion. Speaking of the low-light performance, the K20 Pro clicks just usable pictures, nothing special here. However, you can toggle the Night Mode on which tends to offer better details but with slightly high levels of exposure.

Selfies taken with the front camera seemed to be pretty good with a decent amount of detail and right skin tones. The background appeared washed out in some photos, though.

Interestingly, the Redmi K20 Pro can record 4K videos at 60fps from all three cameras. However, you can’t switch between cameras while recording the video, unlike some other phones. Also, the camera lacks OIS and relies on EIS instead, which is clearly visible in the footages. Same is the case with the front camera which is capable of shooting 1080p videos at 30fps. Note that the phone also gets the 960 FPS slow-motion feature which while gets the job done, is nowhere near to the one offered by Samsung Galaxy S10.

The Redmi K20 Pro flaunts a massive 4,000mAh battery which tends to last for about a full working day on a mixed usage comprising of watching hours of Netflix, playing PUBG Mobile, using GPS navigation, listening to music over Bluetooth and browsing the web.

While the phone natively supports 27W fast charging, the company has provided an 18W charger in the box instead. Using which, the phone manages to juice up to 45 per cent well under 30 minutes. A full charge, on the other hand, takes a little over an hour. That being said, Xiaomi does sell the 27W Sonic Charger separately for Rs. 999, but we are yet to try that.

Redmi K20 Pro Review Verdict- Should you buy it?

Overall, the Redmi K20 Pro seems to be an absolute value for money smartphone, which tends to redefine the budget flagship segment. You get almost everything, right from beautiful design, an AMOLED display, top-notch performance, promising cameras, and excellent battery life. The phone also offers a pretty reliable in-display fingerprint scanner and pop-up selfie camera.

However, there are certain things that Xiaomi might have looked upon, including a good set of stereo speakers, UFS 3.0 storage, and a better UI- something close to stock Android. We’d also have loved to see the debut of wireless charging and IP rating in this segment, but then again price is always a constraint.

For a starting price of Rs. 27,999, the Redmi K20 Pro seems to offer a better price to performance proposition than the OnePlus 7 and the Asus 6Z. So if you want to have a flagship experience at a budget, Redmi K20 Pro is surely the way to go.