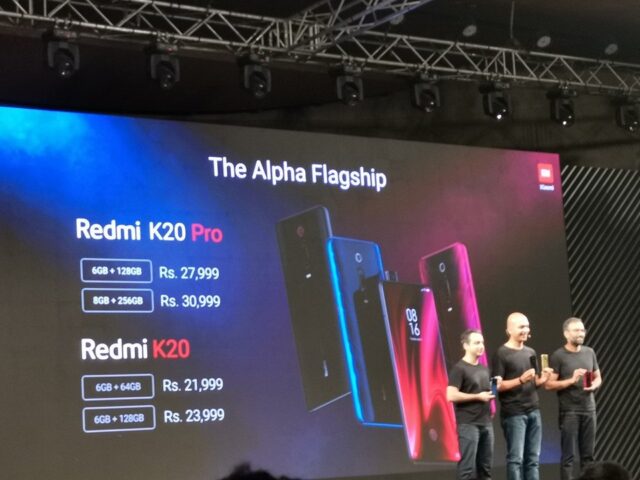 To recall, both the phones were first launched in China, back in May this year. Both the affordable smartphones share similar design and specifications except for the processor, camera, and charging technology.

The Redmi K20 Pro bears a 3D four-curved large arc body along with an Aura Prime Design which is protected by Corning Gorilla Glass 5 on both the sides. As for the specs, the phone features a 6.39-inch AMOLED Full-HD+ (1080×2340 pixels) screen with 19.5:9 aspect ratio, and 91.9 per cent screen to body ratio. The panel also bears hardware DC dimming support (reduces flickering at low brightness levels), accompanied by an in-display fingerprint sensor. The brightness maxes out at 600 nits.

Under the hood, the handset gets powered by octa-core Qualcomm Snapdragon 855 SoC paired with Adreno 640 GPU. It comes in two configurations, including 6/128GB, and 8/256GB RAM and storage options. One can further expand the storage up to 512GB with the given MicroSD card slot.

Xiaomi is also touting the presence of eight-layer graphite cooling system along with bi-directional heat dissipation for sustained performance. There’s also a Game Turbo 2.0 feature that optimises the phone for better audio and network connection while gaming. 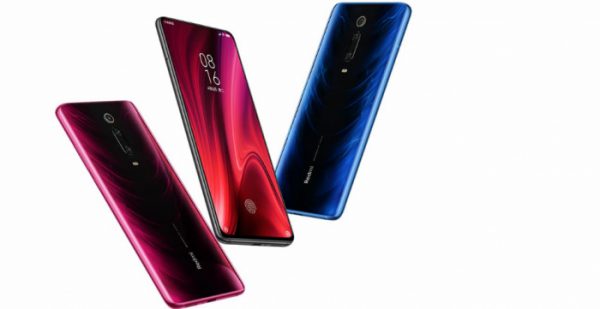 For photography, the Redmi K20 Pro gets an AI-powered triple rear camera setup at the rear. The module comprises of a 48-megapixel Sony IMX586 primary shooter with f/1.75 aperture & laser auto-focus, a 13-megapixel wide-angle shooter, and an 8-megapixel 2X zoom telephoto unit with an f/2.4 lens. Furthermore, the phone gets a 20-megapixel selfie shooter, housed in the motorised camera module which is said to pop-up as quick as 0.8 seconds.

On the software front, the handset runs MIUI 10 based on Android 9 Pie. Thankfully, both these phones won’t be having any sort of ads that we’ve seen on other Xaomi phones so far.

All of this is backed by a 4,000mAh battery that bears support for 27W fast charging, claimed to juice up the phone within 80 minutes. However, the phone will ship with an 18W charger and users will have to shell out Rs. 999 more to get the 27W SonicCharge adapter for a faster-charging experience. Lastly, connectivity features on the phone include a USB Type-C port, 3.5mm audio jack, dual-band Wi-Fi 802.11ac, Bluetooth 5.0, GPS/ A-GPS, and NFC.

As noted, the Redmi K20 features the same design, a 6.39″ FHD+ Super AMOLED display with an in-display fingerprint scanner, Corning Gorilla Glass 5, and a pop-up selfie camera module from the K20 Pro.

Talking of the differences, the non-Pro model packs Qualcomm Snapdragon 730 instead of Snapdragon 855 on the latter. While the camera specifications too are precisely the same, Xiaomi is using the 48-megapixel Sony IMX582 sensor with f/1.75 lens (instead of IMX586) as the primary sensor here. The phone comes with 6GB of RAM and 64/128GB of storage based on the option you choose from. Lastly, there’s a 4,000mAh battery with support for 18W fast charging- no SonicCharge here.

The more affordable Redmi K20, on the other hand, starts at Rs. 21,999 for the 6/64GB model. Whereas, the 6/128GB variant is pitted a little higher at Rs. 23,999. Both the phones will be available in Carbon Black, Flame Red, and Glacier Blue colour options.

Sales will start on 22nd July at 12 PM across Mi.com, Flipkart and Mi Homes. It will also be available across all offline retail stores in the coming days including Mi Studio, Mi Stores, Mi Preferred Partners and other retail shops. Additionally, Xiaomi also announced Mi Neckband Bluetooth Earphones for INR 1,599 and Mi Rechargeable LED Lamp for INR 1,499.

Note: Buyers who participated in the Alpha Sale can order the phones on Mi.com and Flipkart.com starting 8 pm today, i.e., 17th July. All Alpha sale users will also be eligible for an INR 2000 cashback upon using ICICI Bank credit cards.