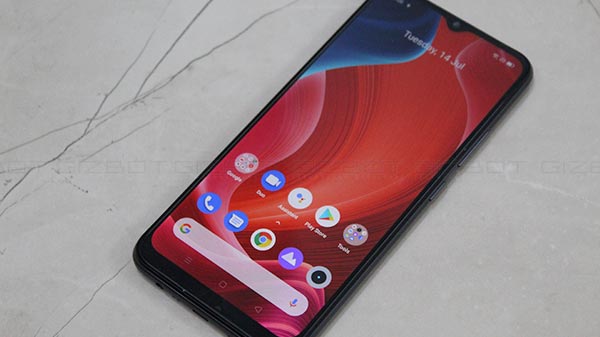 Realme announced the launch of the new C11 budget smartphone in India. The company which happens to be a subsidiary of the Chinese firm Oppo said the new C11 comes with class-leading specs which places it among the top of the heap of entry level smartphones available in the country.

Powering the phone is the 12nm MediaTek Helio G35 processor that works in unison with 2 GB of LPDDR4X memory and 32 GB of storage. The front is dominated by a 6.5-inch HD+ display with what is being described as a mini-drop notch accommodating a 5 MP selfie cam at the top. Realme said the mini-drop is 30.9 percent smaller than the conventional dew drop notch, leading to 88.7 percent screen to body ratio.

Running Android 10 based ColorOS 7, the C11 comes with a rather large 5000 mAh battery. A dual camera setup adorns the rear and comprises of a 13 MP and 2 MP camera. The camera supports PDAF autofocus which leads to super steady shots each time.

Other features of the rear camera include 4X zoom along with a bokeh mode which Realme said has been baked right in the hardware itself. Then there is the Beauty mode and Nightscape Mode as well, the latter aiding in low-light photography.

The phone is available in Rich Grey and Rich Green colour options and is priced Rs. 7,499 for the single variant it is available in. The C11 is slated to go on sale from July 21, 2020, 12:00 PM onwards. Flipkart happens to be the official sales partner for the C11 though its going to be available via the company website as well.

The powerbank boasts of 15-layer charging protection for enhanced security. At the same time, there is a low current mode as well to charge devices that require power charge less than 30 W. The powerbank is available in colour options of yellow and black and is priced Rs, 1,999. As for its availability, its also slated to go on sale starting July 21, 2020, noon onwards, from Flipkart and the company website.