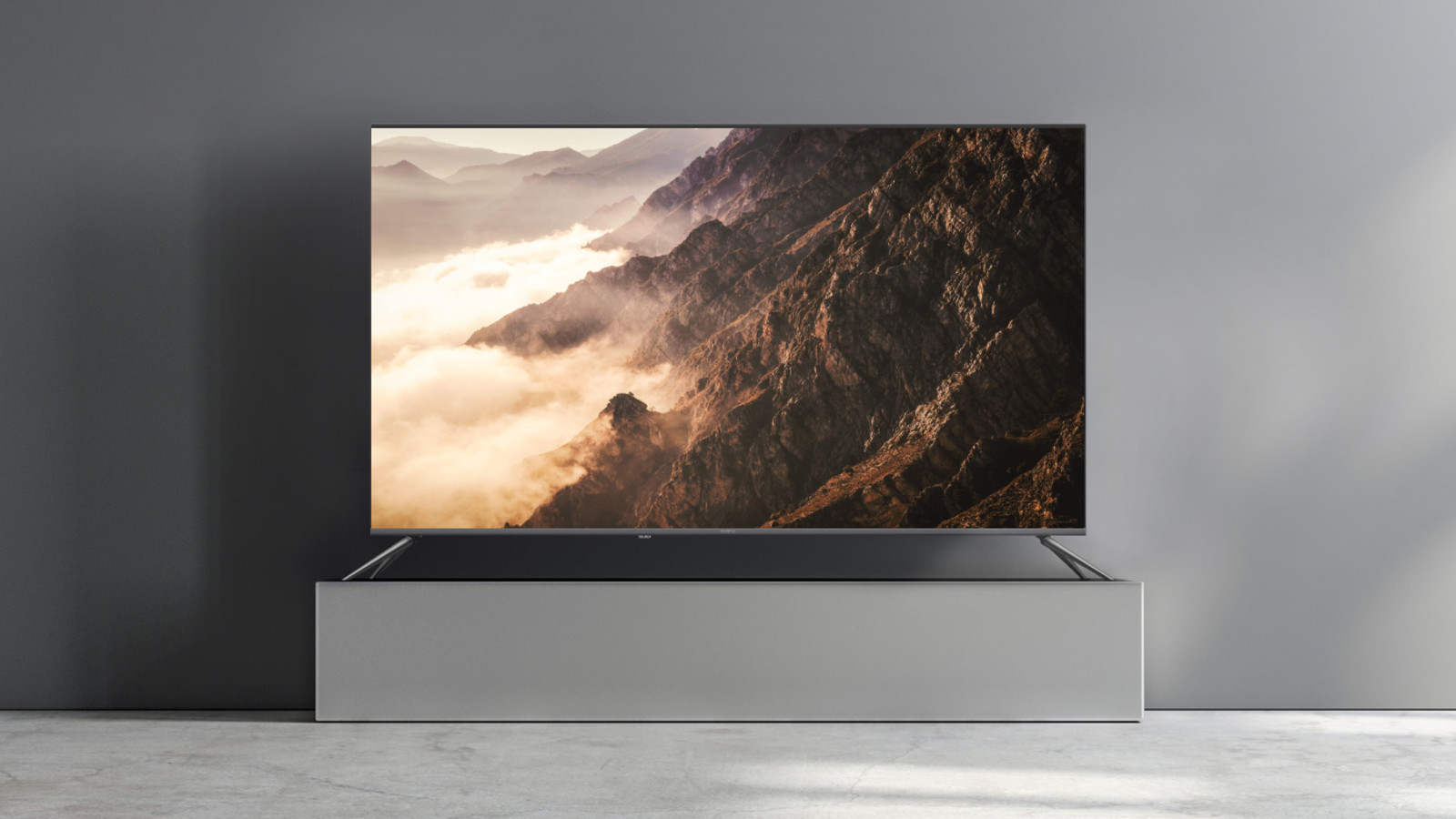 Realme today launched its new 55-inch 4K TV, which it is claiming to be the first TV to come with SLED technology. The new display has been developed in partnership with John Rooymans, Chief Scientist of SPD Technology (Spectral Power Distribution), Realme said the SLED display is a cut above the rest and allows for 108 percent NTSC Color Gamut.

Also, instead of the white backlight, SLED panels rely on balanced red, green, and blue LED lights at the backend to produce the wider color gamut. That apart, SLED also offers low blue light emission that makes it eye-friendly and is the only panel, apart from OLED to have received TÜV Rheinland Low Blue Light Certification.

Meanwhile, build quality of the Smart TV too is of an altogether another level which matches its premium status. The bezels are ultra-thin, with the display making up 94.6 percent of the body. All of it makes the new Realme SLED TV quite a looker too.

At its heart, the TV comes with a quad-core 64-bit MediaTek processor coupled to a 1.5 GB RAM and 16 GB of native storage. The TV runs the stock Android 9.0 with no UI running on top. There is a 24 W integrated quad stereo speaker setup with Dolby Audio.

The 55-inch Realme Smart SLED TV has been priced competitively at Rs. 42,999 but will be offered at an introductory price of Rs. 39,999 when it first goes on sale on October 16.

The Chinese company also took the opportunity to launch its 100W Soundbar. It comes with a pair of 2.25-inch 15W speakers along with another pair of tweeters also of 15W rating. Then there is a 40W subwoofer as well, all of which conspire to belt out some 100W of superior audio experience. Its makers are claiming the Soundbar can increase the audio output of the TV by 200 percent. The Soundbar is priced Rs. 6,999.