Prisma, the photo editor application that took the world by storm will soon be geting a Windows Phone version. Starting off as an iOS only application, Prisma was made available for Android devices just a few days ago.

The outstanding artworks by Prisma makes it stand out of the crowd of other photo editing services like Instagram, PicsArt, Pixlr etc. The team behind the highly acclaimed app has also announced it is planning to add a video feature inside the app. 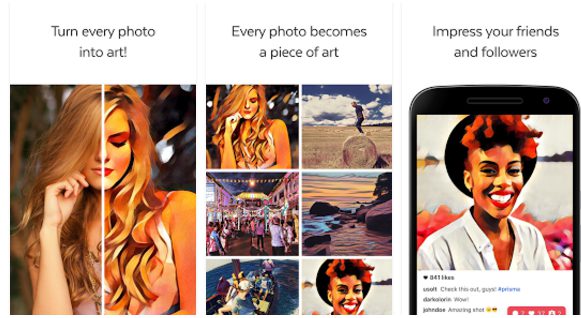 The app was first released in June 2016 in the Apple App Store. Within a few weeks, it has been downloaded more than 7.5 million times with more than 1 million people actively using the app. Prisma became available for the android devices from 24th of this month. Till now, the app has been installed in about 12.5 million devices. Currently, there are more than 1.5 million regular users of the app around the globe.

Prisma is a photo editing application which uses artificial intelligence and artificial neural network to completely convert a normal image to an artistic masterpiece. Prisma was developed by a small team in Russia led by Alexy Moiseenkov. The makers claim that the app was created just in 45 days. They also boast that the app never received any kind of paid promotion.

To use the app, users need to upload images and choose between an array of filters to make a picture look like an art. Currently, about thirty filters and effects are available for use which will be increased to forty soon. The image is processed in the servers of Prisma Lab where the image is redrawn using artificial intelligence. The redeveloped photo is then pushed back to the user.

Prisma works in a different principal unlike other photo editing apps. Almost every photo editing app adds different effects as layers on top of the original photograph. But in Prisma, the image is worked upon layer by layer and a completely new image is created with the added effects.