An online petition has emerged requesting Government of India to roll back the notification issued on February 10, which restricts Employee Provident Fund (EPF) withdrawal amount. The petition urges people to sign and share so that those responsible for bringing out rules, which limits the EPF withdrawals to only employee contributions, will be compelled to modify it by an amendment.

Reacting sharply to the government order, Venkata Ramanaiah Nalamothu who started the petition stated that the employee cannot possibly withdraw the portion of employer contributions and the interest on it until the retirement age of 58 years.

In his petition, Nalamothu presented several scenarios like education and medical reasons where the employee need to withdraw PF funds instead of depending them only during retirement. Moreover, he also stated the situation where people lose their jobs due to the closure of the company or any other unforeseen reasons. 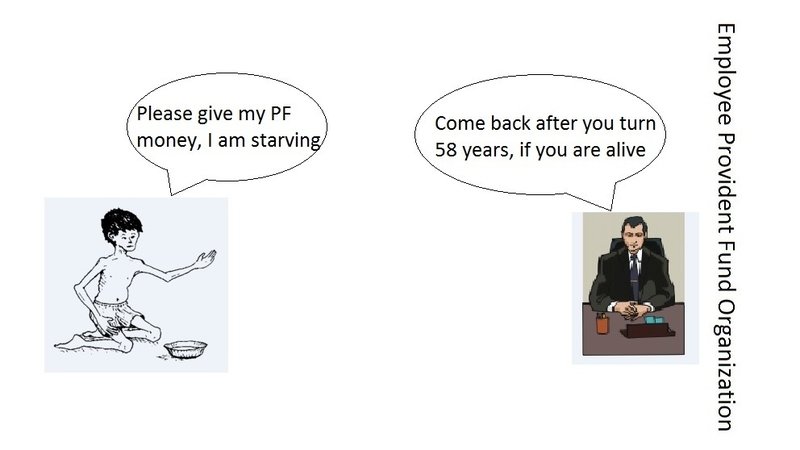 Nalamothu, in his online petition, has argued that people deliberately quit jobs in the middle of their peak career to start their venture. In his era of Make in India and Digital India initiative, it comes as no surprise if existing employees quit jobs and work on their own.

The petition, critically, asks visitors whether Government of India would like to see people starve until retirement age and then withdraw the EPF money. What will happen when an employee wants to withdraw EPF funds in the middle of his employment to fund his kid’s medical expenses, adds Nalamothu in his petition.

It’s true that those behind the issue of EPF notifications are working inside high-class cabins, but hard working employees should be allowed to withdraw the accumulated funds as and when they desire. The Government should note that those drafting these new rules are themselves employees, and they will also withdraw EPF funds one day, and the new rule is also applicable to them as well.

Earlier, a similar online petition was started by Vaibhav Aggarwal against the Government of India’s proposal to tax EPF, which attracted over 2 lakh supports across the country. The Government was compelled to withdraw the proposal following pressure from various sections of people.