Oppo has launched its mid-range A52 smartphone in India, together with a truly wireless earbuds as well. Also, it is just a single version of the A52 that has been launched so far though the Chinese company did mention there are going to be two more variants that would be launched sometime later.

As of now, the A52 model currently available in India comes with a Snapdragon 665 chipset along with a 6 GB RAM and 128 GB of storage. Two other variants will have 4 GB and 8 GB of RAM along with the same 128 GB of storage, which is impressive considering that most manufacturers usually start with a 64 GB storage option with the entry-level model.

The phone meanwhile features a 6.5-inch FHD+ LCD panel with a punch hole along the top left corner. The display has a pixel density of 405 ppi and makes for a screen-to-body ratio of 90.5 percent. Optical abilities include a quad camera layout at the rear comprising of a 12 mp primary cam, an 8 mp ultra wide angle lens along with twin 2 mp sensors for depth mapping and macro shooting respectively. The front gets an 8 mp camera for selfie shots or video chatting.

Power comes from a 5000 mAh battery, which again is backed by an 18 W fast charger. The phone runs the latest ColorOS 7.1 based on Android 10. There are stereo speakers as well backed by Dirac 2.0 tech while the fingerprint sensor is embedded in the side mounted power button. Connectivity options include the usual set of Wi-Fi, Bluetooth. 4G VoLTE and GPS. A USB-C port performs charging, and data transfer roles. Color options include Twilight Black and Stream White. 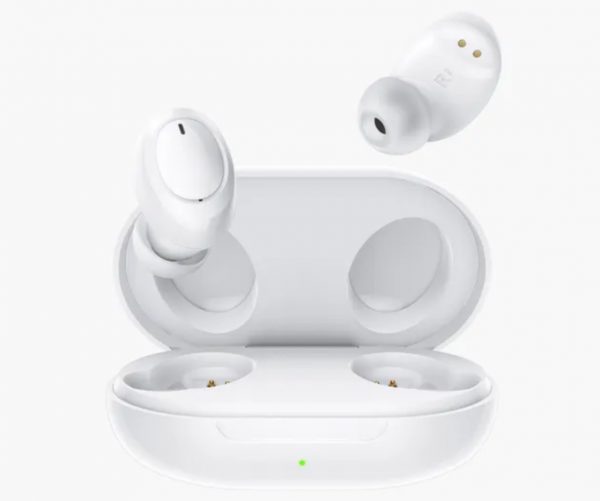 The Enco W11 boasts of 8mm dynamic driver and has IPX5 levels of protection against the elements. The earbuds which have an in-ear design also features diaphragm that is titanium plated, all of which is believed to provide for better bass output. Battery life is a very decent 5 hours, which shoots up to 20 hours when the charging case is taken into account. The earbuds meanwhile charge itself via the USB-C port that it comes with. No pricing or availability details of the TWS earbuds have been revealed as of now.