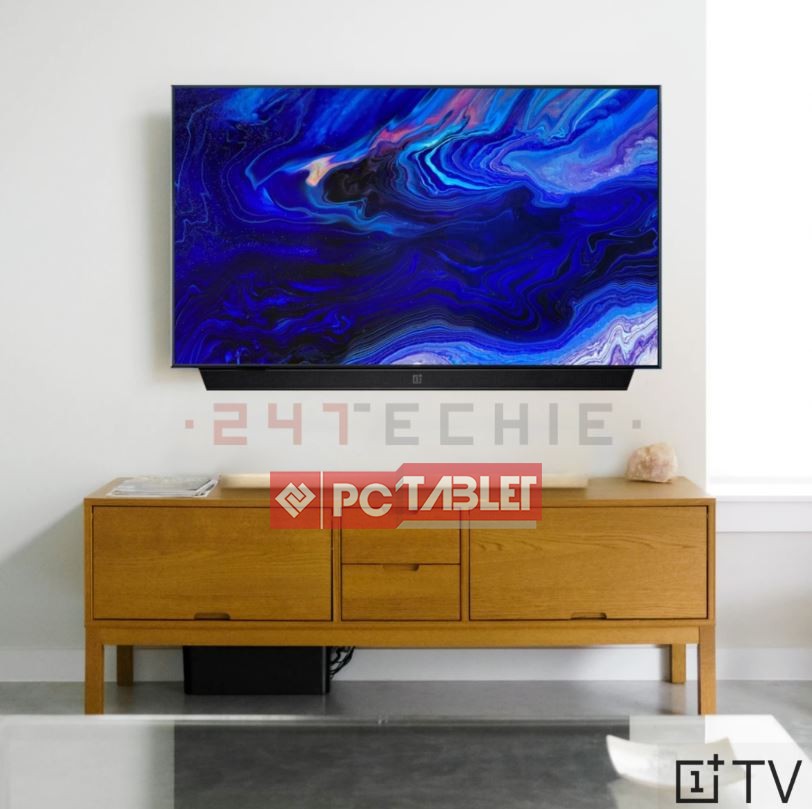 OnePlus has finally confirmed that the OnePlus TV Q1 and Q1 Pro will make its debut on September 26, alongside the OnePlus 7T series. And now that there are still a couple of days for you to wait, here’s our exclusive first look at the OnePlus TVs.

As evident, the OnePlus TV Q1 will offer a 55-inch QLED display with a 4K UHD resolution of 3840 x 2160 pixels and 16:9 aspect ratio. It features a sleek design profile with very narrow bezels on all the sides. Amongst connectivity features, the OnePlus TV will get a total of three HDMI ports, 2 USB ports, an RJ45 Ethernet port, followed by Bluetooth 5.0 and dual-band Wifi 802.11ac.

The OnePlus TV Q1 will feature 2 speakers with a 20-watt output. Along with the TVs, OnePlus will be launching a Soundbar also.

The OnePlus TV Q1 Pro will come with a 65-inch QLED display with a 4K UHD resolution of 3840 x 2160 pixels and 16:9 aspect ratio. Further, the panel will boast support for HDR10, Dolby Vision and Dolby Digital, followed by a refresh rate of 100Hz and up to 90 local dimming zones. It’ll also house a Gamma Color Magic processor, touted to offer wider colour gamut and top-notch image quality.

As for the hardware, the device will be powered by MediaTek MT5670 chipset running a Mali G51 GPU, 2.5GB of RAM and 16GB internal storage. For audio, there’ll be a total of eight built-in speakers mounted in the form of a soundbar right at the bottom of the TV with a combined output of 50W. Plus, it’ll also support Dolby Atmos to provide an immersive surround sound experience.

In the meanwhile, the freshly teased picture of TVs remote shows aluminium build with a USB Type-C port at the bottom. There’s a directional button at the top for navigation, followed by a button with OnePlus logo, and a Google Assistant button hinting direct access to the voice assistant. Furthermore, there’s a menu button on the left, and a back and home button given in a single module on the right. The remote also gets a blank button which is said to be customizable by the user.

OnePlus is likely to reveal further details about the OnePlus TV Q1 and Q1 Pro as we proceed to the company’s official announcement. The event is scheduled for Sep 26 at 7.00 pm at the Indira Gandhi Arena in New Delhi. By the way, what price do you expect it to come for? Do let us know in the comments below. Stay tuned for further updates.

Some of the inputs in this story are co-authored by our friends at 247techie.in.