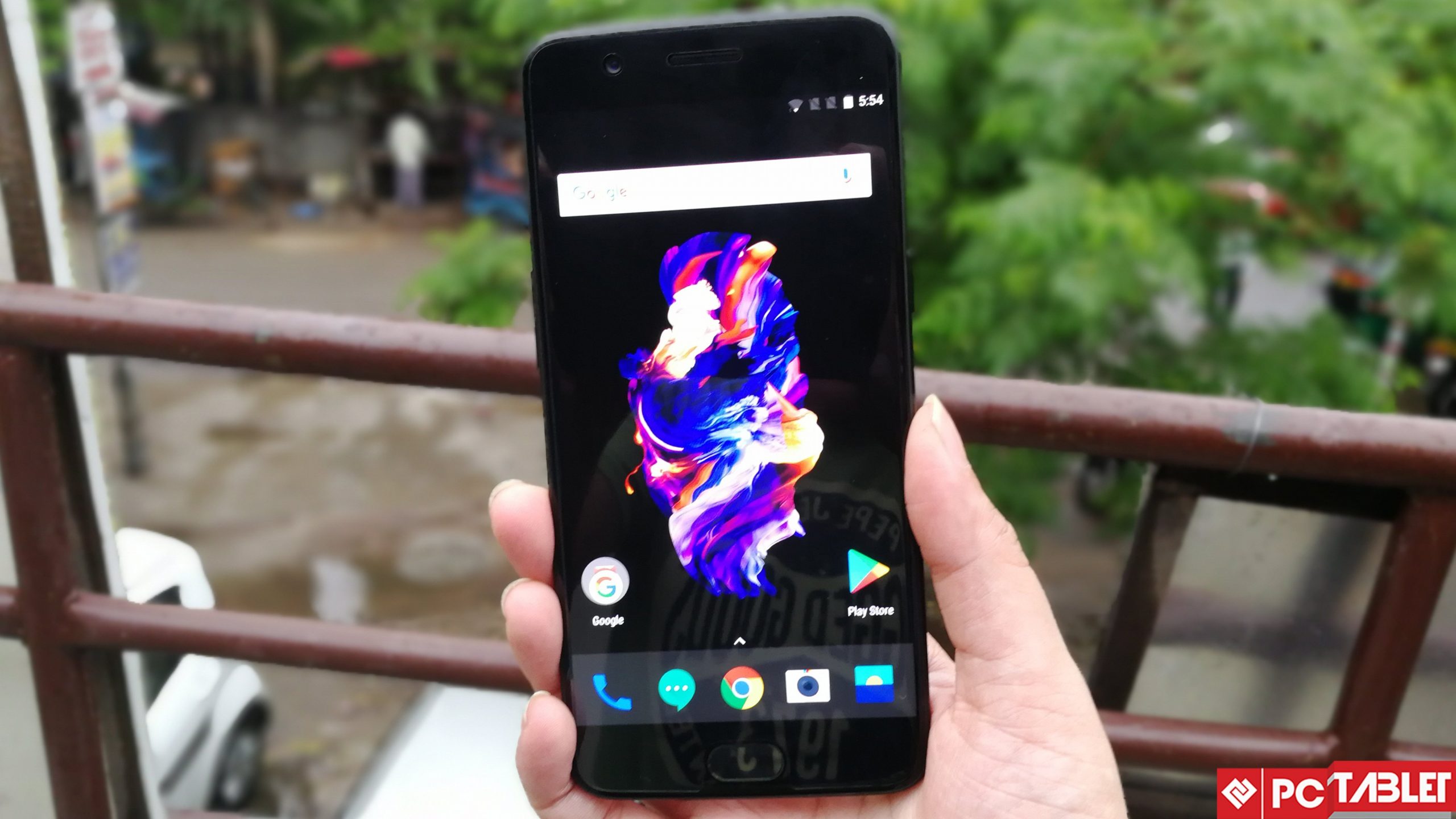 OnePlus 5 is the most hyped smartphone after the release of OnePlus 3T, it has been finally released with the highest specs, at the price of OnePlus 3T. OnePlus promised to provide the consumers with the best and highest specs at reasonable prices and OnePlus did kept that promise with OnePlus 5. But keeping that promise held OnePlus one step back at some features which are very important and we all were looking for. Here are my views about the OnePlus 5, the ups and downs of it and should you upgrade your OnePlus 3T to OnePlus 5? Check it out.

OnePlus experimented with every design possible, we have seen a new design with every flagship and all of those were great. The design of OnePlus 5 is a bit inspired from iPhone 7 Plus, they both look a lot similar from the back and the dual camera setup is also same. OnePlus 5 wears an aluminum design casing with a matte finish at the back.

The edges are not perfectly curved and feel much similar to OnePlus 3/3T. The front panel is completely similar to OnePlus 3/3T, the screen to body ratio is also the same. The top edge is empty, bottom edge got the loud speaker, Type-C port and 3.5 audio port. The left edge has the alert slider and volume rocker, the right edge has the SIM card tray and power button.

OnePlus kept the OnePlus 5’s boxing similar to OnePlus 3/3T and the accessories come with it are also same as before. The box holds (apart from OnePlus 5) some documentation, a SIM card tray ejection tool, USB cable Type A to C and the charging brick (Dash Charger). Only this time, the charging brick is a bit bigger than before, it’s a bit confusing because the battery in OnePlus 5 is 100 mAh smaller than OnePlus 3/3T. Overall the build quality of OnePlus 5 is good, can’t say that it’s better than OnePlus 3/3T because both are about the same.

The display is the one part where OnePlus disappointed me a lot, the rumors took my expectations high to the sky. OnePlus should have done a little more work on display too, the display is the same as OnePlus 3/3T, it’s like OnePlus used the same display panel from the OnePlus 3 production and added it to OnePlus 5.

I expected the display to be at least Quad HD, I mean come on OnePlus, two cameras! And same old Full HD display? This is the weakest part of the OnePlus 5 and OnePlus could have added a better display easily.

OnePlus 5 is also making its first move for the dual camera setup and while testing the camera I wondered, do we really need two cameras? I mean what’s the difference? Google Pixel had one camera and it is the best-scored smartphone camera yet. Moving on, this dual camera setup on OnePlus 5 got the highest specs; 16MP + 20MP with dual LED flash.

The camera app UI is similar to the previous version but the Pro mode in this camera app is entirely different and new. There are lots of features including a histogram to capture pictures better. It includes all the other modes like panorama, time-lapse, slow motion and Portrait.

The dual camera has 2X optical zoom which goes up to 8X using digital zoom which works great. Pictures come out amazing but it lacks details, the color contrast is also not up to the mark. The 2X Optical zoom doesn’t work as good as it should be, the pictures start to distort even on 2X zoom.

The front facing 16 MP shooter is also same what we saw on OnePlus 3/3T but that doesn’t mean that it’s not good. Selfies come out pretty sharp and nice with good detail and color contrast. OnePlus should have stuck to the same 16 MP rear shooter just like before in OnePlus 3 and 3T.

OnePlus 5 sports the fastest mobile processor yet, Qualcomm Snapdragon 835 which is clocked to 2.45 GHz and the RAM option is 6GB and 8GB. The storage options are 64GB and 128GB which is UFS 2.1 2-LANE storage, which is the fastest storage yet in smartphones storage. The storage is not expandable this time, which is fine because 64 or 128 GB is enough for a regular user.

The performance of OnePlus 5 can’t be express in words because there is nothing on the whole Google Play store which it can’t run at good frame rates. That’s why we have benchmark apps like AnTuTu and Geekbench 4. The score is just below Apple iPhone 7 Plus and Samsung Galaxy S8. Below are all the benchmark scores including 3D Mark. The 3D Mark benchmark renders 2K graphics sample to check the performance, OnePlus 5 got the best score on 3D Mark.

There are two new features in OnePlus 5, one of which is the solution for one of my problem when I reviewed OnePlus 3T; reading mode and Gaming DND. Both of the features are self-explanatory, reading mode adds a blue light filter on the display which reduces strain on the eyes while reading. The Gaming DND mode is the feature I like the most. When this mode is enabled, it disables the capacitive navigation keys and blocks all the notification until you turn this mode off. This mode protects accidental activation of the navigation keys.

OnePlus 5 got the highest specification in smartphones yet and can run all the games easily, can even multitask all of them at the same time. The camera also has the highest specs yet but the performance of the camera is not what we expected from this dual camera. So, if you want to buy a smartphone with the best specs at an affordable price then OnePlus 5 is the best option available but if you already own OnePlus 3 or 3T then upgrading to OnePlus 5 is not worth it. OnePlus 5 is only available through an exclusive sale on Amazon and starts from Rs. 32,999.