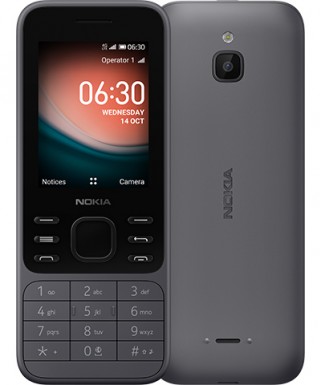 With the tech world going agog over 5G phones, HMD Global, owners of the Nokia brand seem to have chosen a different path, that of reviving old Nokia classic feature phones. The company announced the launch of two such devices, the Nokia 6300 4G and the Nokia 8000 4G.

Both the phones were stalwarts in their era when feature phones were what used to be available. However, as a modern touch, the phones now have integrated 4G capabilities and aren’t exactly dumb as well. Rather, according to what the company revealed, both phones support some basic smart functionality.

Those include compatibility with Google Assistant as well as the WhatsApp chat application. Other social media apps that the phones support include Facebook and YouTube. Then there is going to be Google Maps as well that the phones have access to, which combined with Google Assistant makes for a nice combo. You can ask for direction or location info, besides getting other tasks done, like making phone calls and such. Both the phones run on KiaOS.

The phone is built around the Snapdragon 210 processor and offers 512 MB of RAM along with 4 GB of storage. The latter again is expandable up to a max of 32 GB by way of micro SD cards. The display comprises of a 2.4-inch QVGA panel that isn’t touch-enabled.

Power comes from a Nokia 1500 mAh battery which again is user-removable. Other features available include a built-in torch, an MP3 player, and an FM radio. Then there is a VGA camera at the rear, complete with an LED flash. Connectivity options include Bluetooth, Wi-Fi, 3.5 mm headphone jack. A micro USB port serves for charging and data syncing roles.

The Nokia 8000 comes across as a premium offering with more stylish looks. The basic specs however remain the same, which includes a Snapdragon 210 chipset at the core, coupled to 512 MB RAM and 4 GB of storage. Then there is support for a microSD card that will let you add 32 GB more.

The rear however has a better 2 MP camera while the integrated torch serves as the flash as well. A user-removable 1500 mAh battery provides the juice.

Colour options with the 6300 4G include Cyan Green, Light Charcoal, and Powder White. The 8000 4G is available in shades of Onyx, Opal, Citrine, and Topaz. Availability in India remains shrouded in mystery as of now but is expected to happen soon enough.