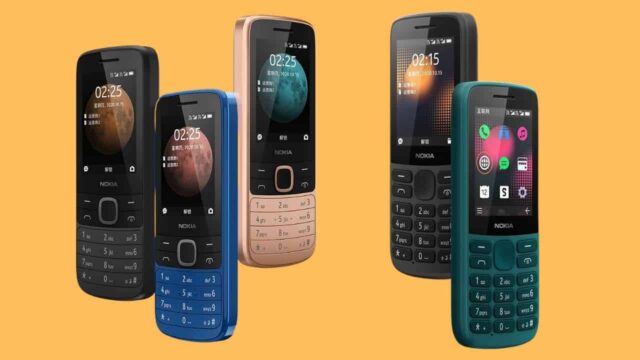 HMD Global that owns the Nokia brand has introduced its latest 4G LTE capable feature phones in India. Both the Nokia 215 and Nokia 225 were first launched in China a while back and are now making their international foray, starting with India where the phone will go on sale from October 23 onwards.

Initially, the Nokia 215 and 225 are going to be available via Flipkart as well as the company’s own sales portal. Thereafter, offline availability will start from November 6 from select stores across India. Cost-wise, the 215 is the more affordable model at Rs, 2,949 while the Nokia 225 is a slightly up-market model with a price tag of Rs. 3,499.

For its features, the Nokia 215 and 225 come as small handy devices with its 4G VoLTE capability being their biggest talking point. Besides, they support HD calls well. Among the other features of the phone include a physical alphanumeric QWERTY keyboard, integrated FM radio, and LED flashlight.

There also is a microSD card slot as well that lets you to add a max 32 GB of storage. This is on top of the 128 MB of in-built storage that is standard across both models. A 2.4-inch QVGA panel on the front makes up the display area. The 1,500 mAh battery promises several days of backup time considering how power efficient these features phones usually are.

Also, apart from 4G, the rest of the connectivity options you have with the two phones include Bluetooth 5.0, a headphone jack, and a micro USB port. The Nokia 225 again boasts of a VGA camera of 0.3 MP resolution at the rear. The base 215 however misses out on the camera while selfie cams aren’t available on either model.

Build quality is par for the course. Rather, its makers are claiming a strong a sturdy design which they claim will let the phone survive that accidental drop or bump. Color options with the Nokia 215 include Cyan Green and Black while the 225 is going to be available in shades of Classic Blue, Metallic Sand and Black.