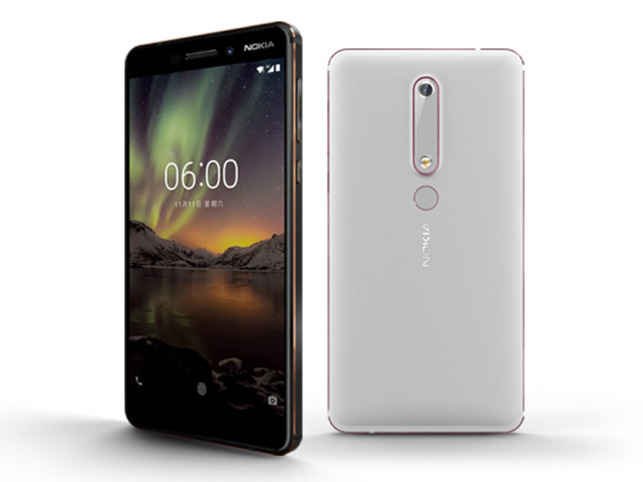 The new Nokia 6 will be on sale in India starting May 13. The phone has been listed on Amazon India while notification registrations are already being accepted. On offer will be the 4 GB RAM variant which comes with 64 GB of storage and will be on sale for Rs. 18,999, BGR reported.

Apart from the increased RAM and storage, practically everything with the new Nokia 6 is identical with the 3 GB RAM and 32 GB storage variant which sells for Rs. 16,999. The phone features a 5.5-inch IPS LCD display having a resolution of 1080 X 1920 pixels.

Powering both the Nokia 6 version is the octa core Qualcomm Snapdragon 630 SoC. Apart from the 32 and 64 GB of native storage, both the phones are microSD compatible that increases the storage to a max of up to 128 GB. Another salient feature of the Nokia 6 is that it would come pre-installed with Android 8.1 Oreo as the phone happens to be part of the Android One program. Future upgrades too should be easy though Nokia hasn’t committed to such just yet.

So far as the imaging capabilities are concerned, the Nokia 6 comes with a single rear camera of 16 MP resolution. Another 8 MP sensor is for the selfie fans. Both the front and rear camera have the same f/2.0 aperture.  The rest of the specifications include a 3.5mm headphone jack, USB Type-C port, Bluetooth 5.0, FM radio, and GPS/ A-GPS. The phone is compliant with the latest 4G VoLTE technology as well.

On the whole, while the specifications are quite impressive, the Nokia 6 might still have its prospects hurt with its price which definitely is on the higher side vis-a-vis the competition. In comparison, there already is a clutch of phones that offers almost the same or even better specs at lower prices. Case in point; the Redmi Note 5 Pro or the recently launched Asus Zenfone Max Pro M1.

The Nokia 6 might still hold on its own with its excellent build quality. Another inherent advantage here is that it runs stock Android Oreo though it could all come down to the price for the average buyer. And the fact to consider here is that it is almost Rs. 2000 more than its nearest competitor.