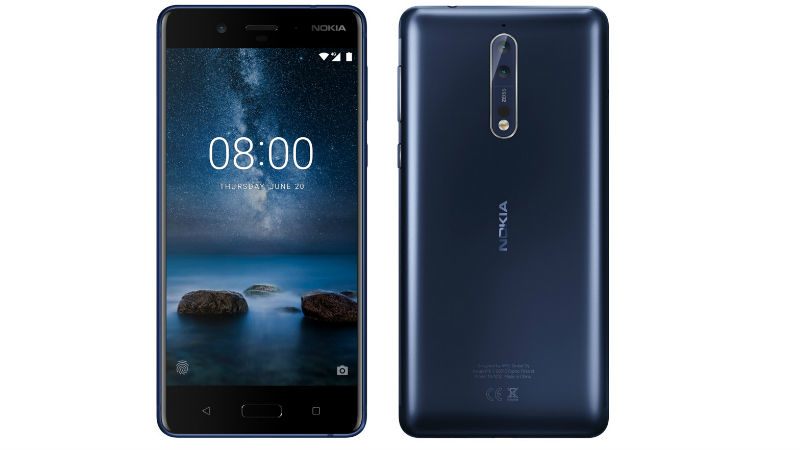 HMD Global has finally launched the Nokia 8 Sirocco, Nokia 7 Plus, and the Nokia 6 (2018) in India, almost a month after they were officially unveiled during MWC 2018.

The Nokia 8 Sirocco is a premium offering which gets a price tag of Rs. 49,999. The handset goes on sale starting April 30 will be available for pre-booking starting April 20 from several online as well as select physical stores. Key specs on the Nokia 8 Sirocco include a 5.5-inch OLED screen, Snapdragon 835 and 6GB of RAM. Optics on the handset include a dual-lens 12MP+13MP primary camera setup and a 5MP front-facing shooter.

The Nokia 7 Plus and the new Nokia 6 are mid-range offerings, priced at Rs. 25,999 and Rs. 16,999. The Nokia 6 goes on sale in India starting April 6 on Flipkart as well as official Nokia store. The Nokia 7 Plus will also be sold on Amazon India.

The Nokia 6 comes with a 5.5-inch HD IPS display with 2.5D Corning Gorilla Glass. Under the hood, the phone gets powered by Snapdragon 630 processor, up from last year’s Snapdragon 400 chipset. The device comes in two variants – one with 3GB RAM and 32GB storage, while the other comes with 4GB RAM and 64GB storage.

Elsewhere, the handset features a 16MP primary camera with Zeiss optics. The camera also supports ‘Bothie’ feature which allows you to capture both front and rear cameras at once. Juicing up the smartphone is a 3000-mAh battery with support for fast charging.

Nokia 7 Plus comes with a 6-inch Full HD+ panel having an aspect ratio of 18:9. Other key specs include Snapdragon 660 processor bundled with 4GB LPDDR4 RAM. The handset also comes with a 12MP+13MP dual-lens camera setup with support for 2x optical zoom. The front camera comes with a 16MP front-facing shooter.

All three Nokia phones launched today will be available from Nokia Mobile Shop, along with select physical stores.