New Nokia 5310 with over three weeks backup time launched in India for Rs. 3399 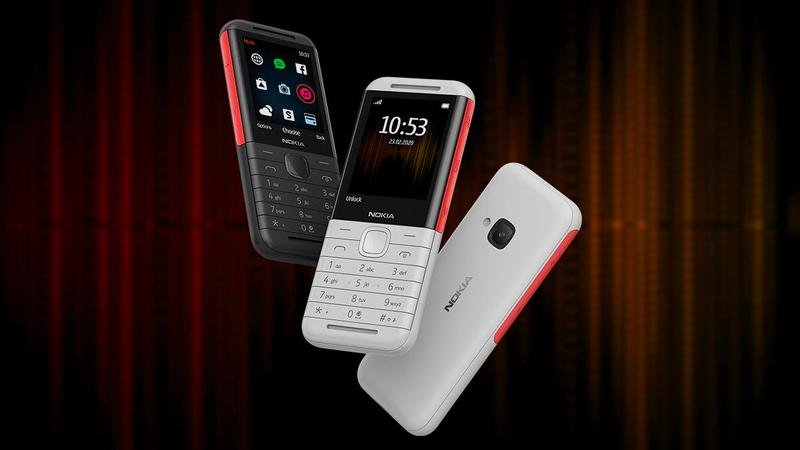 HMD Global, which currently owns the Nokia brand, has launched the new Nokia 5310 in India. The phone should also ring a bell or two for old-timers who have also been Nokia fans. For the new 5310 happens to be a refreshed version of the old Nokia 5310 XpressMusic phone that was launched way back in 2007.

Built around the MediaTek MT6260A processor, the phone comes with 8 MB of memory along with 16 MB of storage. There is a microSD card support as well which will allow another 32 GB to be added. The phone runs the Series 30+ operating system and offers a 2.4-inch 240 x 320-pixel display at the front. A VGA camera complete with an LED flash is the only the camera the new Nokia 5310 boasts of.

The phone supports Bluetooth v3.0 while there also is a micro USB port and a 3.5mm headphone jack. There is an FM radio too, as is an MP3 player, with the 1200mAh battery allowing operations for a max of 22 days on a single charge. The battery is removable too, as it used to be with most phones during the days. The phone can also take in two sim cards though it can only connect to 2G networks.

The phone is going to be available in two colour options, that of Black and Red and White and Red. The colour scheme as well as the overall looks, continues to be the same as its predecessor and should be enough to evoke nostalgia among Nokia fans.

Coming to price, the new 5310 will set you back Rs. 3399 and is going to be available via Amazon or Nokia online sores starting June 23. Offline sales start a day earlier, that is on June 22.

On the whole, the new Nokia 5310 comes across as an excellent device who’d love to have a feature phone that will last weeks on a single charge, is easy to carry and operate, is quite affordable, and above all, carries the legacy of a successful device from the past.