Home News Nokia announces its first 5G phone, the Nokia 8.3 5G along with... 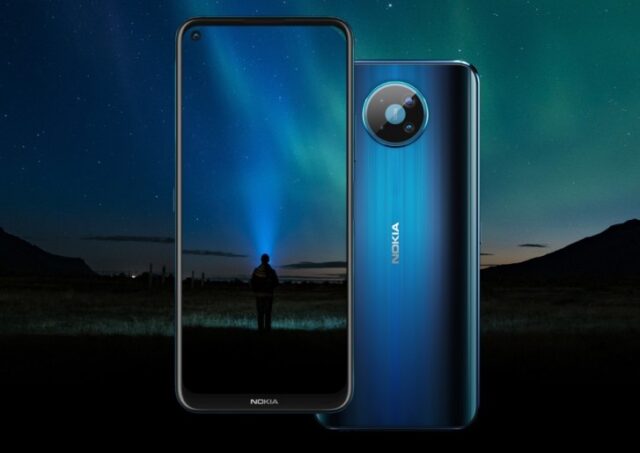 Nokia launched a slew of new phones including one that happens to be its first to join the growing 5G bandwagon, the Nokia 8.3 5G. That apart, HMD Global, the owners of the famous Finnish brand also announced the launch of the new Nokia 5.3 and Nokia 1.3 for the budget and entry-level segments respectively. Then there also is the Nokia 5310 which also happens to be the newest to join the company’s Originals family of phones.

Making it all possible is the use of Qualcomm 5G RF Front end module that is a part of the chipmaker’s Modular Platform strategy. That makes it possible for the 8.3 to condense more than 40 different RF components into a single module, thereby ensuring its ability to provide for seamless performance anywhere in the world and in different 5G network setups. Nokia said this offers a better solution than even the best 5G flagship phones currently available.

The 8.3 5G also boasts of an advanced PureView quad camera featuring ZEISS lens. A 64 mp lens forms the primary sensor while there also is a 12 mp ultra-wide angle lens optimised for low- light video recording.  Couple that with OZO audio and Nokia is promising the best video photographic experience you might have had so far. A 24 mp selfie cam sits behind a punch hole at the front of the device.

The rest of the specs include a SD 765G SoC, 6/ 8 GB of memory along with 64/ 128 GB of storage. Up front sits a 6.81-inch Puredisplay FullHD+ HDR panel. The phone runs Android 10 and is powered by a 4,500 mAh battery backed by 18W fast charger. The phone will go on sale in summer at a starting price of 599 Euros and will be done up in a Polar Night colour theme that matches the Northern Light of the Arctic sky.

The Nokia 5.3 is a mid-range phone featuring a 6.55-inch HD+ IPS display having a waterdrop notch. Powering the phone is a SD665 SoC coupled to either 3, 4 or 6 GB of RAM. Storage options starts at 64 GB. The phone runs Android 10 and gets a 4000 mAh battery that gets charged with a 10W charger.

Similar to the 8.3, the 5.3 too has a quad cam setup at the rear comprising of a 13 mp primary cam,  5 mp ultra-wide angle lens along with two 2 mp sensors for macro and depth sensing each. The front gets an 8 mp selfi shooter.

Colour options include Cyan, Sand and Charcoal. The phone will sell for 189 Euros when it goes on sale globally starting April.

The Nokia 1.3 is an entry-level phone featuring a 5.71-inch IPS HD+ display with noticeable bezels along its sides. Powering the phone is a Qualcomm 215 chipset that works together with a gig of RAM and 16 GB of storage.

Color options include Cyan, Charcoal and Sand and is another one to debut in April. Price starts at a modest 95 Euros.