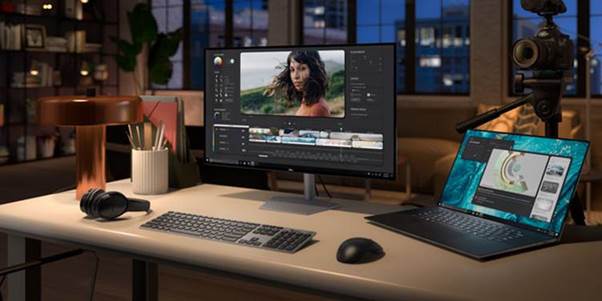 Dell announced the launch of its new XPS 17 laptops in India. Featuring the latest 10th Gen Intel Core i7 processor and NVIDIA GeForce GTXTM in the top model, the new XPS 17 can be considered the perfect amalgamation of extreme performance and superior styling with prices starting at Rs. 209,500.

Adding to the style factor is the almost border-less InfinityEdge display, which reduces the bezels along all sides to just the bare minimum. That includes the bottom bezel as well, which, even in the preceding XPS 17 model has been quite thick. While this puts the 17-inch display at the centerstage, Dell is claiming the entire laptop is smaller than 48 percent of the 15-inch laptops currently available. In other words, the new XPS 17 is one of the smallest 17-inch laptops currently available.

The laptop also boasts of a sturdy build thanks to it being made from two pieces of machine aluminium that makes it lightweight yet strong and durable. Adding to the durability is the entire laptop’s construction using CNC (computer numerical control) process. There is Corning Gorilla Glass 6 on the front as well for enhanced strength, which again has been bonded to the aluminium chassis to allow for extra rigidity.

Specs wise, the XPS 17 comes with 10th gen Intel Core i7 processor coupled to the NVIDIA GeForce GTX 1650 Ti GPU for the highest-end model. The laptop comes with a max memory setting of 64 GB DDR4-2933MHz, 2x32G along with 2 TB M.2 PCIe NVMe Solid State Drive on the top model. You also have the option of a 4K Ultra HD+ display having a resolution of 3840 x 2400 pixels which should be especially suitable for creators, or just about anybody who can afford it.

The laptop has also been provided with a unique thermal design featuring GORE Thermal Insulation that allows for greater fan airflow to ensure the interiors remain cool even when running processor-intensive projects. For audio, there is the Waves Nx 3D audio that the laptop comes with and has been tuned by multi-Grammy Award-winning producer Jack Joseph Puig.

The XPS 17 is environment friendly too given that many of its parts have been made by recycled and sustainable materials and plastics that otherwise would have landed up in the ocean and other parts of the earth.

The XPS 17 is available to buy in India via Amazon.in along with offline and online Dell stores from 18th August onwards with prices starting at Rs. 209,500.