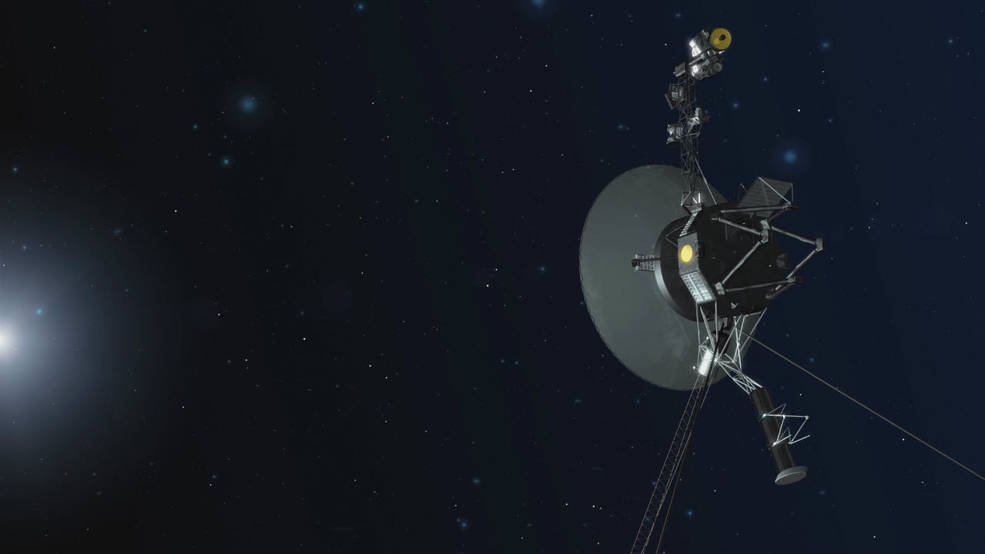 The twin Voyager spacecraft are celebrating 40 years of continual operation in August and September 2017. Credits: NASA/JPL-Caltech

This August and September marked the 40 years of continuous operation of the twin Voyager spacecraft. The thrusters inside the Voyager 1 spacecraft had gone silent but were successfully fired up again after 37 years of being unused. Voyager 1 has been termed as NASA’s farthest as well as the fastest spacecraft to exist till date. It is also the only human-made object in the space between the stars known as the interstellar.

This spacecraft has been flying in the space for 40 years now. To be able to communicate with Earth, the thrusters present in this satellite orients itself along. The thrusters occasionally fire small pulses of energy pulse that last just some milliseconds to help the spacecraft rotate towards a specific direction so that it can align its antenna that points towards our planet. The Voyager team has successfully ignited the backup thrusters which were lying dormant in the space since the year 1980.

Suzzane Dodd, project manager for Voyager at NASA’s Jet Propulsion Laboratory, Pasadena, California says, “With these thrusters that are still functional after 37 years without use, we will be able to extend the life of the Voyager 1 spacecraft by two to three years.”

The engineers started noticing since the year 2014 that the thrusters being used by Voyager 1 have been degrading over time. These “altitude control thrusters” earlier required a lesser number of puffs to be able to align itself but as time passed by, the same required number of puffs gradually started increasing. The spacecraft is flying at a distance of 13 billion miles from earth which means a tune-up at that distance is impossible.

In order to study the problem, the Voyager team cumulated a group of propulsion experts at NASA’s Jet Propulsion Laboratory in Pasadena, California. Four researchers, namely Chris Jones, Carl Guernsey, Todd Barber and Robert Shotwell together analyzed various situations and predicted the outcome by the spacecraft at different scenarios. Together they agreed on a different but do-able solution which involved awakening the thrusters that have been asleep for more than 37 years.

The team took out data from the time the Voyager was sent to space and studied it in order to understand the code that was used to create this spacecraft. This was done to make sure they could safely bring back the thrusters online.

The Voyager flew by Jupiter, Saturn and the associated moons which were of significance during the early half of its mission. The engineers used the “trajectory correction maneuver” to accurately fly and point the spacecraft’s instruments at a specific target. All the Thrusters present in the Voyager was developed by Aerojet Rocketdyne which developed the same kind of thrusters for Cassini and Dawn. The engines came back online for the first time on November 29th and the engineers learned that the TCM worked perfectly fine along with the altitude control thrusters. The next plan by the team is to switch the TCM thrusters. To be able to make this change the Voyager has to move to one heater per thruster which requires a substantial amount of power. After the power subsidies down, the team shall switch to altitude control thrusters. After the success of Voyager 1, the team is planning the Voyager 2 to enter the Interstellar space which is most likely to happen within the upcoming few years.