NASA’s robotic space probe ‘Cassini’ is all set to have a final dive into Saturn before gets self-destroyed inside the atmosphere of Saturn on September 15. This Friday, Cassini is going to completely immerse itself in Saturn’s surface thus putting an end to a long 20-year successful mission to the exquisite ring planet.

NASA wants every possible detail of the Saturn, its rings, and the moons until the end of Cassini. This will help the astronomers to get more exact information about the mysterious Saturnian System. Cassini is considered as one of the most successful spacecraft ever to orbit Saturn. During the last five months of its mission, Cassini was able to explore some uncharted and unknown territories that were present between the gaseous planet and its gorgeous rings. It was able to make 22 dives between the gap thus capturing some beautiful pictures of it.

On Monday, Cassini flew to the giant moon Titan for the last time to do a gravity assist. After the ‘final kiss goodbye’ as depicted by NASA, the spacecraft will follow a deliberate no-way-out trajectory all the way towards the Saturn’s atmosphere. On Friday Morning Cassini is assigned to give some more valuable and in-depth information about Saturn’s atmosphere and after that, it will lose control and will descend towards Saturn’s surface at a speed of 76,000 mph where it will burn itself and melt and then vaporize. 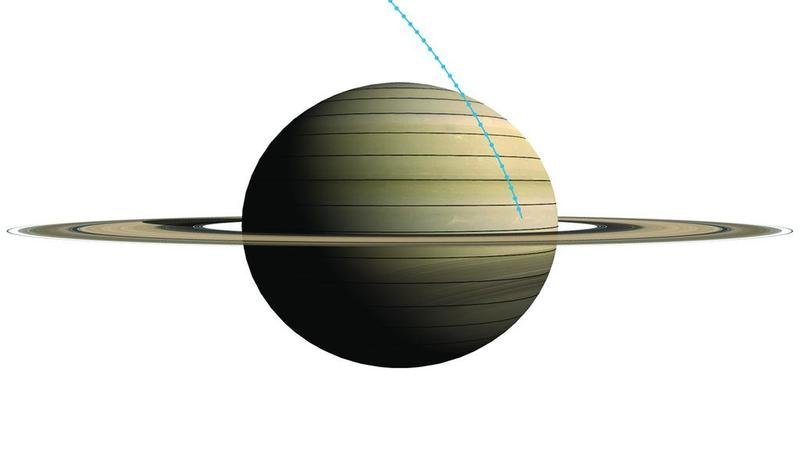 Many researchers and scientists at NASA believe that this revolutionary 13-year mission of Cassini to the ring planet is the most astonishing one and they are happy that Cassini is going to provide them valuable information during its last few seconds of the mission. This depicts the capability of this wildly insane space probe. Although telescopes are becoming ready to catch the glimpses of Cassini’s burnt out it is expected the flashes will not be visible owing to the bigger size of Saturn in front of the small sized spacecraft. Saturn’s deep gravity well will engulf every part of Cassini along with the plutonium which acted as a safeguard for Cassini during Cassini’s launch and also provided electric power to run the instruments.

According to scientists, the main reason behind this suicidal dive of Cassini is to avoid any crash of the probe with Saturn’s moons like Enceladus and Titan.  Cassini carried the Huygens Lander along with it which landed on the surface of the giant Moon Titan in 2005.