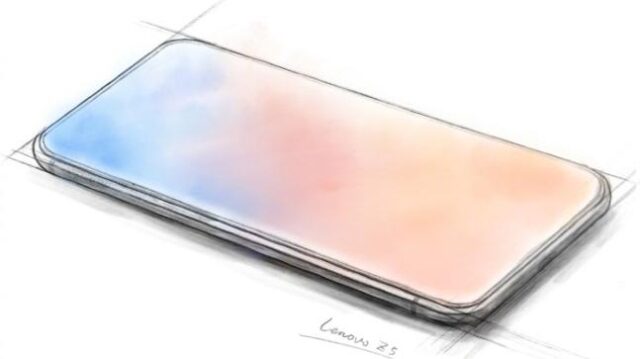 Lenovo’s upcoming flagship smartphone will be all about the display with no disrupting bezel to be seen. The company had even teased such a device and it looked mighty impressive too.

And now the phone has a name too – Z5 which has also be confirmed by the company VP Chang Cheng who also claimed the phone to have the highest ever screen-to-body ratio, India Today reported. Specifically, that stands at an astounding 95 percent which makes for a significant development over the current best which stands at around the 83 percent mark for the LG V30. The iPhone X scores 81.49 percent while the same for the Mi Mix 2 is 82.63 percent.

Elaborating further, Chang said they achieved the breakthrough 95 percent screen-to-body ratio by significantly reducing the space needed to fit in the antenna bands, camera and of course the bezel themselves. The VP said they have patented 18 technologies that has shaped the new Z5.

Among the other bits and pieces of the new Z5 that is evident from the teaser pic released recently on Weibo include a USB Type-C port along the bottom. The phone is also believed to have a metallic frame, as is evident from the antenna bands in the image.

Another star attraction of the Z5 is likely to be the inclusion of the in-display fingerprint sensor to go with its all-display front looks. Vivo already offers the feature in its X21 series phones though notably, Samsung is yet to perfect the technology for inclusion on its Galaxy S range of flagship smartphones.

Among the other unique qualities of the Z5 will be its flip-up selfie camera. No wonder that has been necessitated given how the screen extends almost right to the edges, leaving no space for the accommodation of the front facing camera. Similarly, there is an in-display ear piece as well.

As for its availability, the new Z5 is expected to launch on June 14. Keep watching for the latest on this.