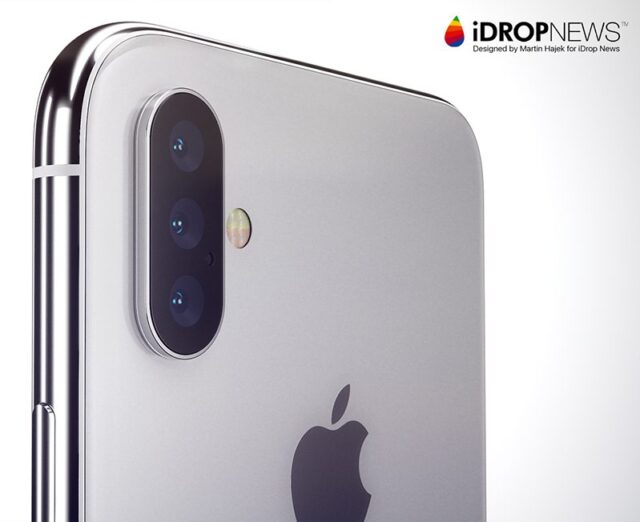 Apple is said to be working on a new iPhone model that will have three rear cameras, Taipei Times reported, with the revelation having its source in a research note prepared by Yuanta Securities analyst Jeff Pu.

The said iPhone model should be ready for launch sometime during the second half of the year. This quite matches with the usual launch schedule Apple follows to refresh its iPhone and iPad line-up during the fall season.

Unfortunately, further details aren’t available at the moment though experts believe the third lens could allow for 3x optical zoom. The current best that any iPhone model including the flagship iPhone X is capable of so far is 2x optical zoom though another report in a Chinese publication had pegged the zooming capability to a more generous 5X for the next iPhone X. The report also claimed one of the cameras to be of 12 megapixel resolution while the entire camera set up will be of 6P lens design.

An iPhone model with three rear cameras will also be significant considering that Apple is usually late in adopting new trends on its products; unless of course it is starting a trend of its own. While dual lens rear cameras has been there on its iPhone devices since the iPhone 7, it has only started to offer other convenient features like wireless charging or water and dust proofing. These again have become almost commonplace on its Android counterparts.

However, triple lens rear cameras is yet to pick up steam with the only other device to sport such happens to be the Huawei P20 Pro. The new Huawei phone comes with a 40 MP lens, a 20 MP monochrome lens along with another 8 MP lens of 3x optical zoom. Nokia too is believed to be working on a new smartphone featuring triple lens rear camera.

Coming back to the iPhone X successor with the rumored three lens rear camera setup, chances are that the feature would be reserved for only the top-end model while the more affordable models will have the more conventional dual lens primary camera. Expect more details to spill out in the coming months as it is still more than a year left for the said iPhone X variant to launch.