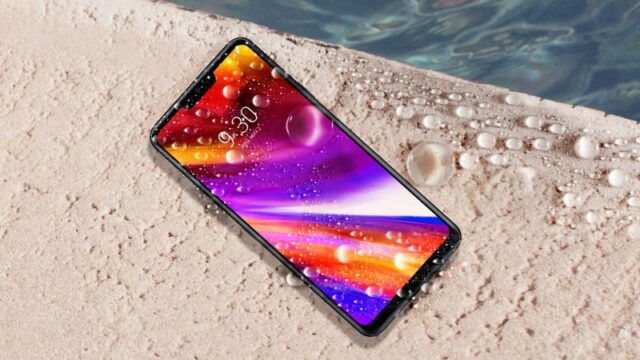 The LG G7+ ThinQ has finally made it to India, a full four months after it was first unveiled back in May. The phone is going to be available exclusively from Flipkart and will be priced INR. 39,990, XDA Developers reported. That makes for an intelligent strategy as the price point will help it compete with both the low-end flagship phone – read OnePlus 6 – featuring SD845 while also undercut the more illustrious rivals of the likes of the Galaxy S9 or Pixel 2 by a considerable margin.

For that much of your hard earned money, what you get is a 6.1-inch phone that offers a Quad HD+ display having a resolution of 3120 X 1440 pixels. There also is a notch at the top while the aspect ratio stands at 19.5:1. The phone also boasts of a Super Brightness mode where the brightness gets enhanced to 1000 nits but for a time period of only 3 mins.

Apart from the latest Snapdragon 845 SoC, the G7+ ThinQ also features an Adreno 630 GPU and 6 GB of RAM. Then there also is 128 GB of storage though there is the scope to enhance that further using microSD cards. The phone runs Android 8.0 Oreo right out of the gates, with the company’s proprietary UX 6.0 running on top. There also is a 3000mAh battery providing the juice and is compatible with Quick Charge 3.0 technology for faster top-ups.

So far as optics are concerned, there is a dual camera set-up at the rear comprising of two 16 megapixel primary and secondary cameras. The primary sensor is of 1.0μm pixels, has an aperture of f/1.6 and a field-of-view of 71-degrees. The camera also boasts of advanced technology such as Optical Image Stabilisation, Phase Detection Autofocus, and Laser Autofocus. The secondary 16 megapixel wide-angle camera has a 107-degree field-of-view with f/1.9 aperture. It also is capable of recording 4k videos at 60fps.

Then there is the 8 megapixel front facing camera as well of f/1.9 aperture which should suffice for selfie shots well enough. The G7+ ThinQ also scores high on the entertainment front, equipped as it is with Boombox speaker systems. Plus, the phone is also rated for IP67 levels of water and dust proofing.

On the whole, the G7+ ThinQ can be well worth it for those who are on the lookout for a budget flagship phone that also has credible brand value.