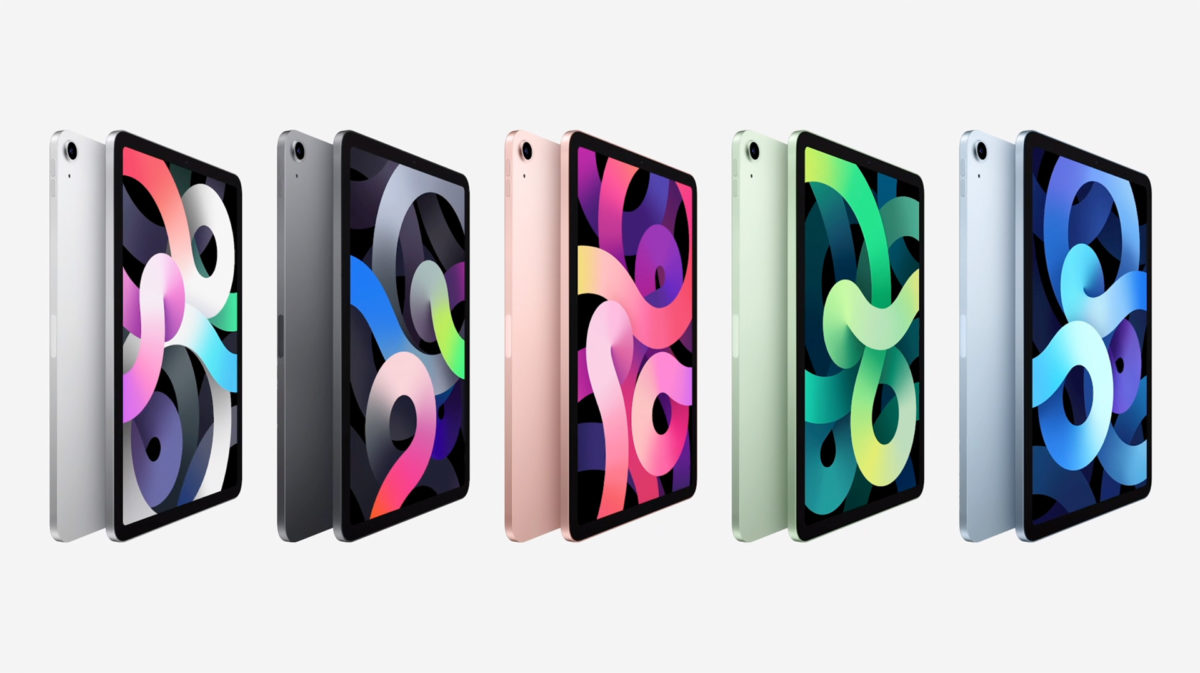 The Apple Time Flies event went off as planned, and as was being rumoured, the event led to the introduction of the new fourth gen iPad Air and the eighth gen iPad device. Both the tablet devices come with improved specs and features and start at Rs. 29,900 for the 32 GB Wi-Fi iPad model. The iPad Air, in turn, has a starting price of Rs 54,900 for the Wi-Fi only version having 64 GB of storage. 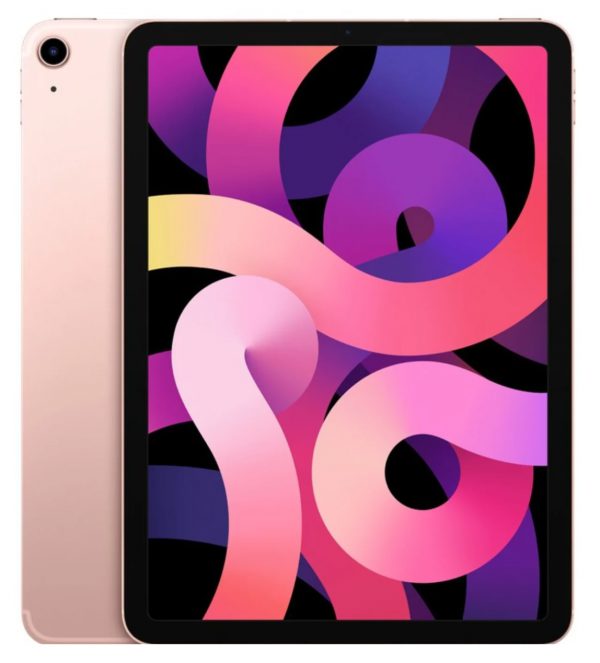 As already stated, it is the fourth generation iPad Air that Apple launched during its September 15 Time Flies event. The new iPad Air comes with a 10.9-inch Liquid Retina edge-to-edge display. With the bezels vastly reduced, the new iPad Air 2020 comes with an all-screen front much like the iPad Pro.

Apart from the basic looks, there is more to the iPad Air display. That includes full lamination and P3 wide colour support. The display also comes with True Tone and an anti-reflective layer on top which greatly enhances the all-round visibility of the tablet.

Also, as was being speculated prior to the launch, the iPad Air 2020 continues with the Touch ID feature, but it isn’t integrated within the Home button. Instead, it is now placed within the power button that sits along the top edge of the device. The tablet comes with support for Apple Pencil and smart keyboard as well.

However, what can be considered the biggest upgrade for the new iPad Air is its incorporation of the latest A14 Bionic chip built using 5nm manufacturing process. This makes for a huge jump in processing capabilities for the tablet compared to its predecessor, with Apple claiming a 40 percent bump in CPU performance and 30 percent higher graphics capability. The tablet will also come pre-installed with the latest iPadOS 14 platform that Apple announced earlier in the year.

The rest of the feature include Wi-Fi 6 and a USB Type-C port. For optics, there is the 12 MP camera capable of 4K video recordings at the back along with a 7 MP FaceTime camera on the front. Then there are stereo speakers too placed in landscape mode that make the tablet an ideal device for entertainment or gaming as well. Colour option you have with the tablet include silver, space grey, rose gold, green and sky blue. 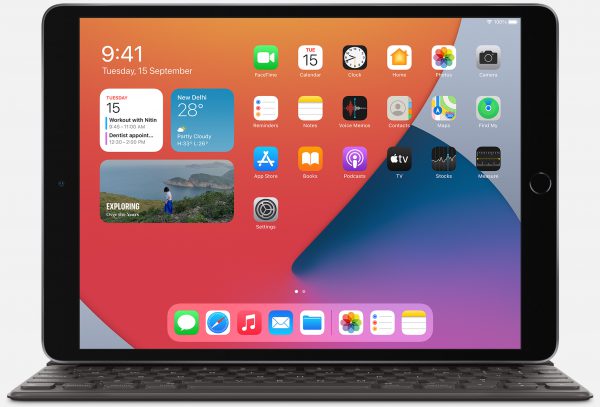 The new iPad comes with a 10.2 inch Retina display and is powered by the A12 Bionic chip. Apple is claiming the new iPad is twice as fast than its predecessor or any tablet device running Windows. There is a Neural Engine as well for advanced machine learning along with other AR capabilities. The tablet comes with a 10.2 inch Retina display and runs the latest iPadOS.

The iPad 2020 also features an 8 MP rear camera and an HD FaceTime camera. Other features of the tablet include a USB Type-C port and smart connector, Touch ID along with 10 hours of battery life. Besides, it supports Apple Pencil and Magic keyboard as well. Colour options include silver, space grey, and gold.